Tales From The Schmatta Trade 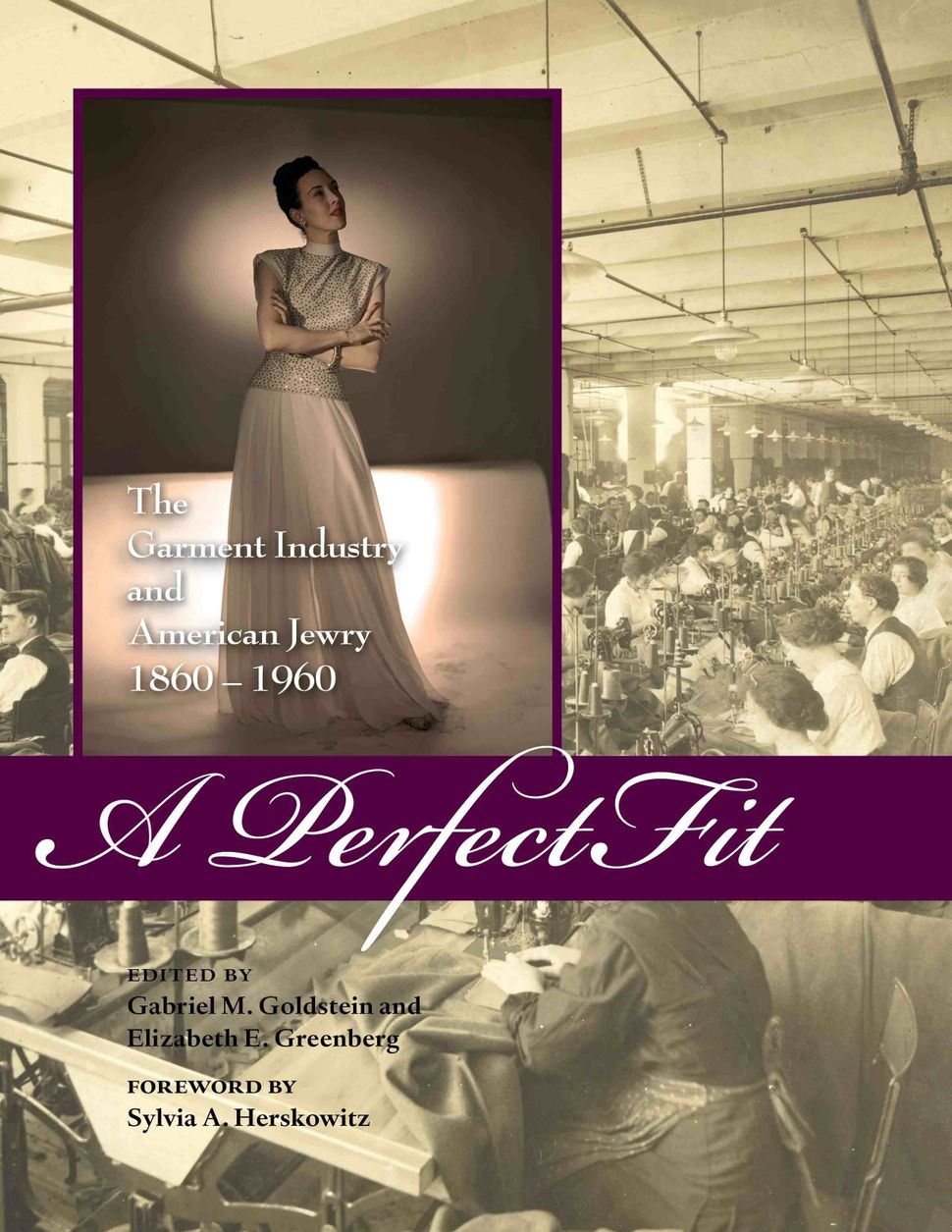 Fashion mavens treasure the memory of a 2006 Yeshiva University Museum exhibit, “A Perfect Fit: The Garment Industry and American Jewry, 1860-1960,” which inspired a slim catalogue. Earlier this year, Texas Tech University Press published an augmented new book featuring high drama, as in a chapter by economist Bernard Smith about the growth of the turn-of-the-century ready-made menswear industry.

When German Jewish émigré families excelled in making and marketing clothes, goyish competitors were not always thrilled. In 1890, Ed Huntley, a Chicago menswear vendor, printed a catalogue hawking “Honest Gentile Clothing,” also featuring caricatures of Jews as “plundering, parasitic, vulgar, fraudulent, and loathsome.” Huntley claimed he was providing a public service by offering an alternative to the “exorbitant prices charged by the Jews.” Jewish publications across the country reacted, with one terming Huntley a “drunkard, debauchee, thief, and swindler.” A traveling salesman named Rosenbaum was quoted as saying about the brouhaha: “I forgot for an instant that I was living in the closing quarter of the nineteenth century, and was carried back… to the blackest midnight of the middle ages, when ignorance, superstition, and crime hung, like a pall, over all Europe.”

Another chapter in “A Perfect Fit” by historian Rob Schorman underlines how Jewish merchants opted for trendy, up-to-the-minute advertising pitches. In 1898, just after the sinking of the U. S. S. Maine, which led to the Spanish-American War, “Yiddishe Tageblatt,” the New York daily, ran an ad by one retailer appealing to patriotic sentiments:

“Remember and don’t forget what the Spaniards have done to you with the ship Maine. And take revenge on them! While the entire public, however, is so busy remembering the Maine, we would like to point out that in all your boundless remembrance you should not forget that there are many other important things that one mustn’t forget, namely that the famous businessman M. Yachnin, 55 Canal St…has just received a brand-new stack of the finest gents furnishing goods for spring.”

Years later, the precedent of wheedling schmatta salesmen may have led Hollywood’s acclaimed Jewish costume designers, such as Adrian (born Adrian Adolph Greenberg; 1903-1959) and Edith Head (born Edith Posener; 1897-1981) to be discreet about their family origins. Before such discretion became the rule, Samuel Goldwyn, who like several other Hollywood pioneers started out in the clothes trade, produced a silent comedy, “Potash and Perlmutter” (1923) about mishaps in the garment industry, based on stories by the UK Jewish humorist Montague Glass..

Watch the trailer for the 2009 HBO documentary, “Schmatta: Rags to Riches to Rags” here.

Tales From The Schmatta Trade