An Unknown Poet Who Deserves To Be Known 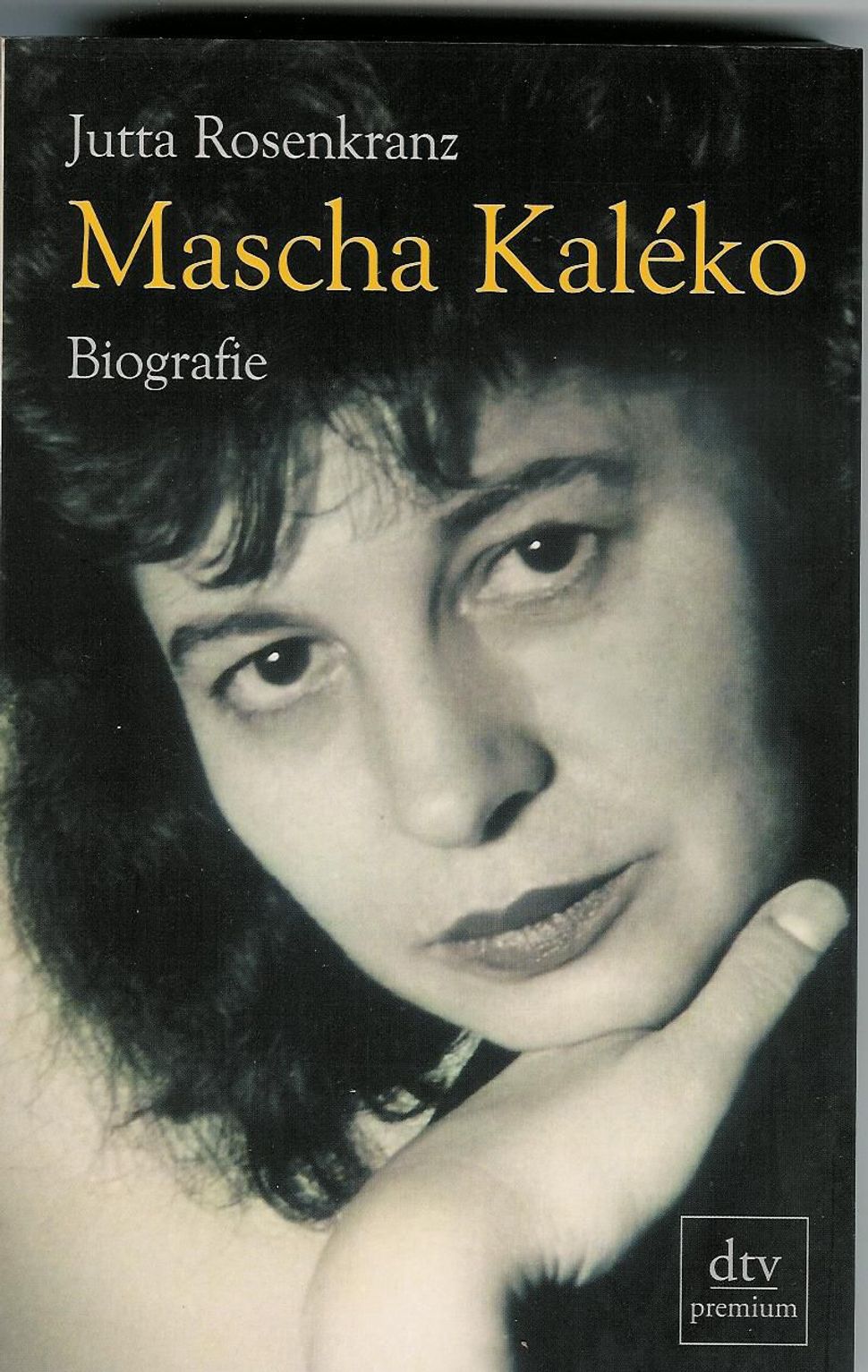 In 1943, a refugee German Jewish poet wrote “A Black Woman on the Harlem Express” which apostrophizes an African-American passenger sitting opposite her on the Manhattan subway: “Do you know that we are secretly sisters?/ You, dark brown daughter of the Congo,/ and I, the pale European Jewish child.” Alluding to a shared identity as targets of hatred, whether racism or anti-Semitism, Mascha Kaléko’s wry, ballad-like stanzas, much influenced by Heinrich Heine, have grown in popularity among German readers since her death in 1975. Recently, Deutscher Taschenbuch Verlag (DTV) has published in paperback an appealing biography of the poet by Jutta Rosenkranz.

Kaléko’s hectic life began in 1907 in Chrzanów, Poland, born Golda Malka Aufen to a family which fled pogroms to Germany at the start of World War I. She grew up in an East European Jewish slum in Berlin, and in 1928 she married Saul Aron Kaléko, a Hebrew philologist. Her second husband was Chemjo Vinaver (1900–1973), a musicologist and conductor specializing in Hasidic choral works. During the late 1920s and early 1930s she briefly flourished as a public poet alongside such other German Jewish talents as satirist Kurt Tucholsky and Else Lasker-Schüler. Kaléko’s colloquial, pointedly witty verse, some in Berlin dialect, won praise for its authenticity from such discerning readers as Thomas Mann and the Austrian Jewish wit Alfred Polgar (born Alfred Polak).

In 1938 she fled Germany for New York, and although she returned for brief visits after the war, Kaléko’s poems subtly underline what had changed. Her 1956 poem “Germany: a Fairy Tale” (the title alludes directly to Heine’s satirical “Germany: A Winter’s Tale” and its recurrent themes of the agony of exile and longing for a lost land). “Germany: a Fairy Tale” observes that by the late 1950s, Heine’s posthumous fate had improved. During the Nazi era, his memory had been effaced in publications which were obliged to reprint his poems since they had become an essential part of German language and culture, but instead of attributing them to a Jew, the Nazi-approved publishing houses ascribed them to anonymous folklore. Responding to this notorious attempt to destroy all memory of her favorite author, Kaléko ironically notes that during the 1950s in Germany, Heine’s “name is slowly getting familiar./ In books, ‘Heinrich Heine’ is cited/ and not ‘Unknown Author.’” English-language readers deserve a book-length translation of Kaléko’s appealing verse, which would make her less of an unknown author.

Listen to Mascha Kaléko read her own poems here.

See a fan reading an excerpt from Kaléko’s poetry here.

An Unknown Poet Who Deserves To Be Known