The ‘Jewish Mother’ of Psychoanalysis 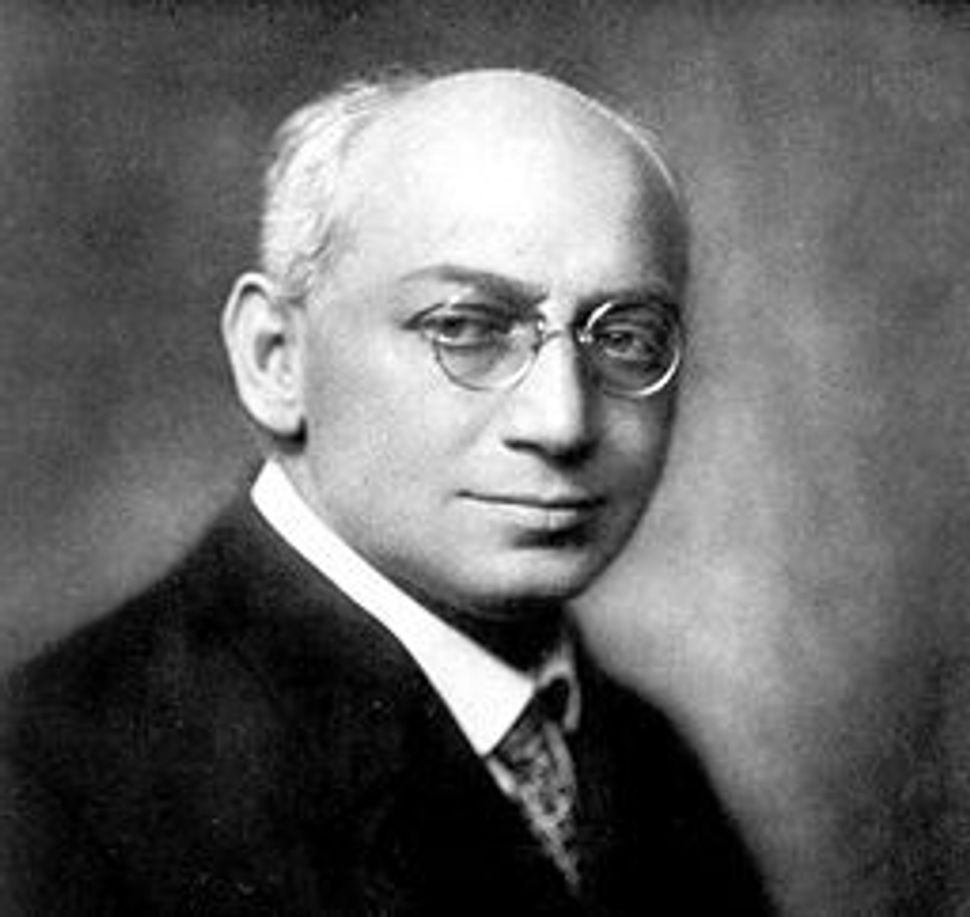 One historian wrote: “If, metaphorically, Sigmund Freud was the father of psychoanalysis, Sándor Ferenczi was the mother.” If so, then every day is Mother’s Day for the analyst born Sándor Fränkel in northeastern Hungary to Polish Jewish parents in 1873 (the family name was later changed to sound more Hungarian). In January, Karnac Books published “Ferenczi and His World: Rekindling the Spirit of the Budapest School,” and in March, the DVD of David Cronenberg’s Freud-Jung film “A Dangerous Method” in which Ferenczi plays a key role, was released.

“Ferenczi and His World” underlines the irony that Ferenczi’s nurturingly maternal professional approach likely compensated for the absence of such qualities in his own mother Rosa Eibenschütz, whom he once described as “hard and energetic and of whom I am afraid…My mother had eleven living children – I was the eighth of them. Either I was too demanding, or my mother was all too rigorous, but my memories suggest that I surely received too little love and too much strictness from her.” In Hungary there was also too much anti-Semitism, and in 1918 Ferenczi wrote to Sigmund Freud about anti-Jewish riots: “It is a good thing that one has a Jewish and a psychoanalytic ego along with the Hungarian, which remains untouched by these events.” Ferenczi’s “Jewish ego” was strong, as he explained in a 1910 letter to a friend, noting that Judaism “permits total intellectual freedom and freedom of action. The Jews use this freedom to the full, and are more audacious, more unabashed, and more egotistic, primarily in the material, but also in the moral sphere.”

When Ferenczi died prematurely in 1933 of pernicious anemia, it was his moral side, as well as an unexpectedly poetic nature, that friends remembered. The Jewish editor Hugó Veigelsberg eulogized Ferenczi for single-mindedly “catching red-handed everyone he happened to be talking to… He was such a great scientist because he was, deep down, like his mentor Freud, the poetic type.” This led Ferenczi to focus on “little human details which only those experts on human beings, poets, tend to notice.” Author Sándor Márai concurred, in an essay published after Ferenczi’s death:

“[Ferenczi] knew more about human life than any of the soul searchers in Hungary before him. It’s my suspicion that he was a poet. Not that he wrote poems, mind you. But he knew what poets know: to feel out that something inexpressible in words, which is the real secret of a soul, a life.”

Listen to lecture tribute to Ferenczi on Austrian radio here.

Watch the trailer for Cronenberg’s “A Dangerous Method” about Freud, Jung, and Ferenczi here.

The ‘Jewish Mother’ of Psychoanalysis