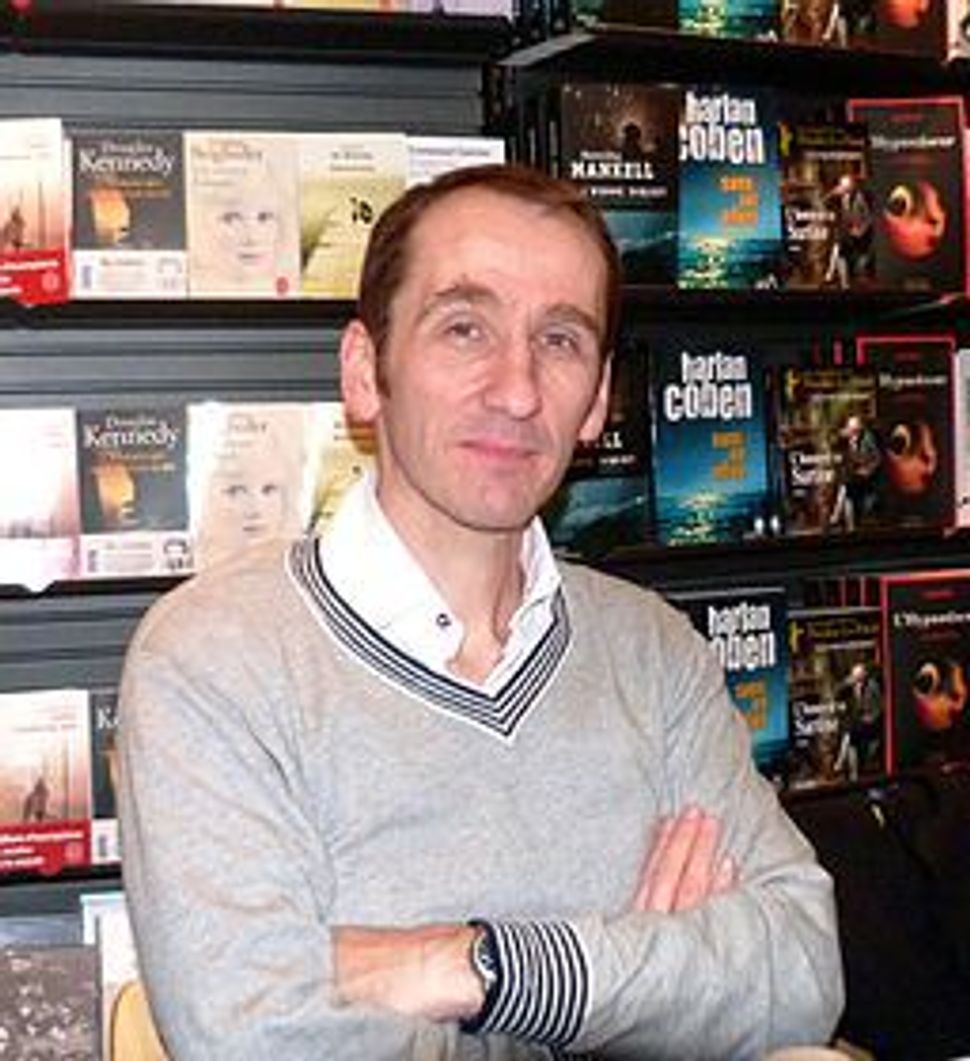 Jean Mattern, who is in charge of purchasing foreign rights for literature at Les éditions Gallimard, is a key player in introducing contemporary Israeli authors to French readers, including Amos Oz, Alona Kimhi, Eshkol Nevo, and Zeruya Shalev. A regular attendee at the Jerusalem International Book Fair, Mattern, who reads Hebrew fluently,, is also a novelist whose latest work is “Simon Weber.”

The eponymous hero of “Simon Weber” is a 19-year-old French medical student of remote Jewish ancestry, who is afflicted with a brain tumor. Simon and his father both fall into amorous friendship with a 28-year-old Israeli man, Amir Kummer. Simon meets Amir when the latter helps the stricken teenager in a Paris park. After undergoing chemotherapy, Simon moves to Jerusalem to share Amir’s apartment on Hovevei Tzion Street, declaring, “I didn’t want to die without making a trip to Israel.” Simon soon meets Rivka, a 35-year-old Swedish émigrée who lives on Emek Refaim in Jerusalem’s German Colony, one of whose leading romantic attractions is that she “speaks Hebrew like a Sabra.” Simon’s parallel infatuation continues for Amir, whose last name, he notes, is the same as Isaac Kummer, the hero of S. Y. Agnon’s 1945 novel “Only Yesterday” who faces linguistic challenges when first arriving in Jaffa. Amir himself is a paragon of cultural erudition, informing Simon about such obscure German Jewish composers as Friedrich Gernsheim, a now-forgotten friend of Johannes Brahms; yet Amir disses Mozart’s music for its “somewhat syrupy lightness.”

Neither syrupy nor light himself, Amir has published a novel recounting his tough upbringing by his Uncle Itzik, a survivor of Israel’s 1972 Munich Olympics team who lives in Yuvalim, a communal settlement in the Galilee. Simon expresses fears that he too may become fodder for a future roman à clef. Amir assures him that no such literary betrayal will occur, whereupon Simon, whose health is apparently failing, grants permission to use him as subject matter. This exquisite literary mutual consideration is accompanied by wistful homoeroticism. Simon and Amir glance longingly at each other as they emerge from their respective showers, scenes repeated at The Dead Sea with Simon’s father, a translator into French of Thomas Mann’s novel “The Magic Mountain” who joins them both under further showers for longing glances à trois. This kind of frustrated coyness apart, “Simon Weber” has value as an intriguingly restless, high-strung cultural homage to the erotics of the Hebrew language and modern-day Israel.

And listen to The Atlantic Trio play part of Friedrich Gernsheim’s Piano Trio No 2 Opus 37 here.