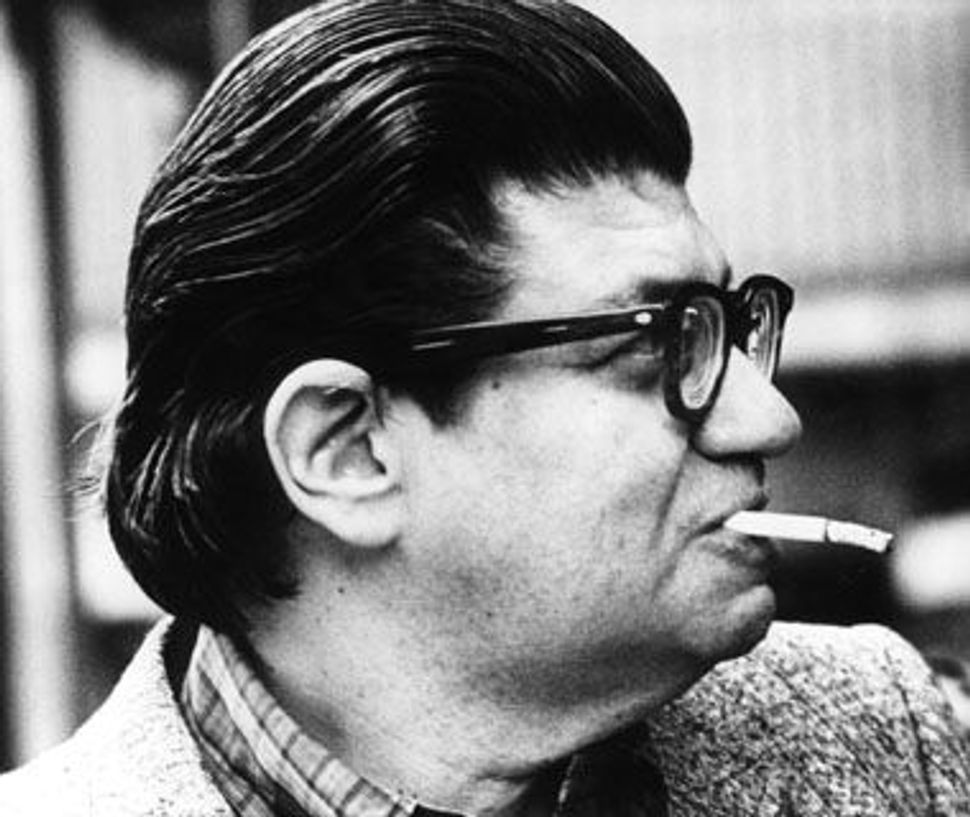 And so it makes sense that Europeans — the 89-musician Janáček Philharmonic Ostrava of the Czech Republic — have arrived to perform the very first all-Morton Feldman orchestral concert ever presented in the United States, at Alice Tully Hall on November 5 in New York City, the composer’s hometown. A significant part of the backing for this concert of Feldman’s music comes from the town of Ostrava and also from the Czech Republic. To ensure the quality and detail of the performance, the orchestra committed to an almost unheard-of 18 days of rehearsals. The driving force behind this program, and the entire seven-program “Beyond [John] Cage” festival of which this concert is a major highlight, is the 70-year-old Prague-born-and-educated conductor/composer Petr Kotik, grandson of a Theresienstadt survivor who was also a conductor. In trying to convey the importance of music in the Czech republic, Kotik told me that the entire country has the same population as New York City (where he currently lives and directs the S.E.M. Ensemble), “yet it has five major orchestras and another eight to 10 professional orchestras.”

Kotik said he’d gotten to know Feldman personally when both were teaching at SUNY Buffalo, but he had already been a fan from his youth in Prague. “What a joy to encounter music which had nothing to do with all the crap one heard from morning to night!” he said. “Even though there is no one I’ve ever met who was more consumed with desire for money and success than Feldman was, there is not one note of music he ever wrote with any thought of money or success.”

Feldman’s singular soundworld has as little to do with 19th-century music as it does with the medievalisms and other pious anachronisms that most mistake for mysticism these days. Such historical tropes made little sense to his aesthetics in any case. “Because I’m Jewish, I don’t identify with, say, Western civilization music,” Feldman said. “I want to be the first great composer that is Jewish.” Feldman is never hurried and never louder than a whisper, and what drives his music is simply being in the timeless, almost physical presence of sound itself — much as his famous abstract expressionist painter friends, such as Mark Rothko, did with color.

This is not music for those who need rousing climaxes, hummable tunes or even dramatic dynamics. But for those with the patience and capacity to enter into the enticing whispers of Feldman’s ever-unfolding sound world, the experience can be unforgettable and irreducible. Composer Bunita Marcus, Feldman’s longtime muse, student and companion, as well as the foremost expert on his compositional methods, said, “A lot of 19th- and 20th-century orchestral music is, shall we say, flamboyantly hitting you over the head to convert you. Jews are not into converting other people, and his music has that aesthetic. You are invited to enter into this world, if you wish to. He took a lot of what he humorously referred to as ‘sauerkraut’ out of music. How do you notate the mystical? By what process do you keep the mystical going? One note out of place, and the whole thing collapses. Morty always heard music from a distance.”

Feldman grew up around New York City’s mid-20th-century garment business, and his music shows a connection with fabric: Its methods more closely resemble those of weavers than they do traditional musical techniques. The relationship became even more pronounced after he and Marcus discovered Turkic square knot rugs. “Something about the making of a rug — work like at the garment center, or like the line of scribes my first husband came from, copying one letter after another. There is no foreground and background; everything is primary material. In a similar fashion, the rug maker places square knot against square knot,” Marcus said. “When Feldman placed musical objects on the page, he knew what they would sound like. He started from the sound, figured out a notation for the sound and placed it. This is how a painter works on a canvas; they walk back and forth, looking from many angles, and then — place the brush. And this is how the rug maker makes decisions, too.”

Raphael Mostel is a composer, writer and lecturer based in New York City.