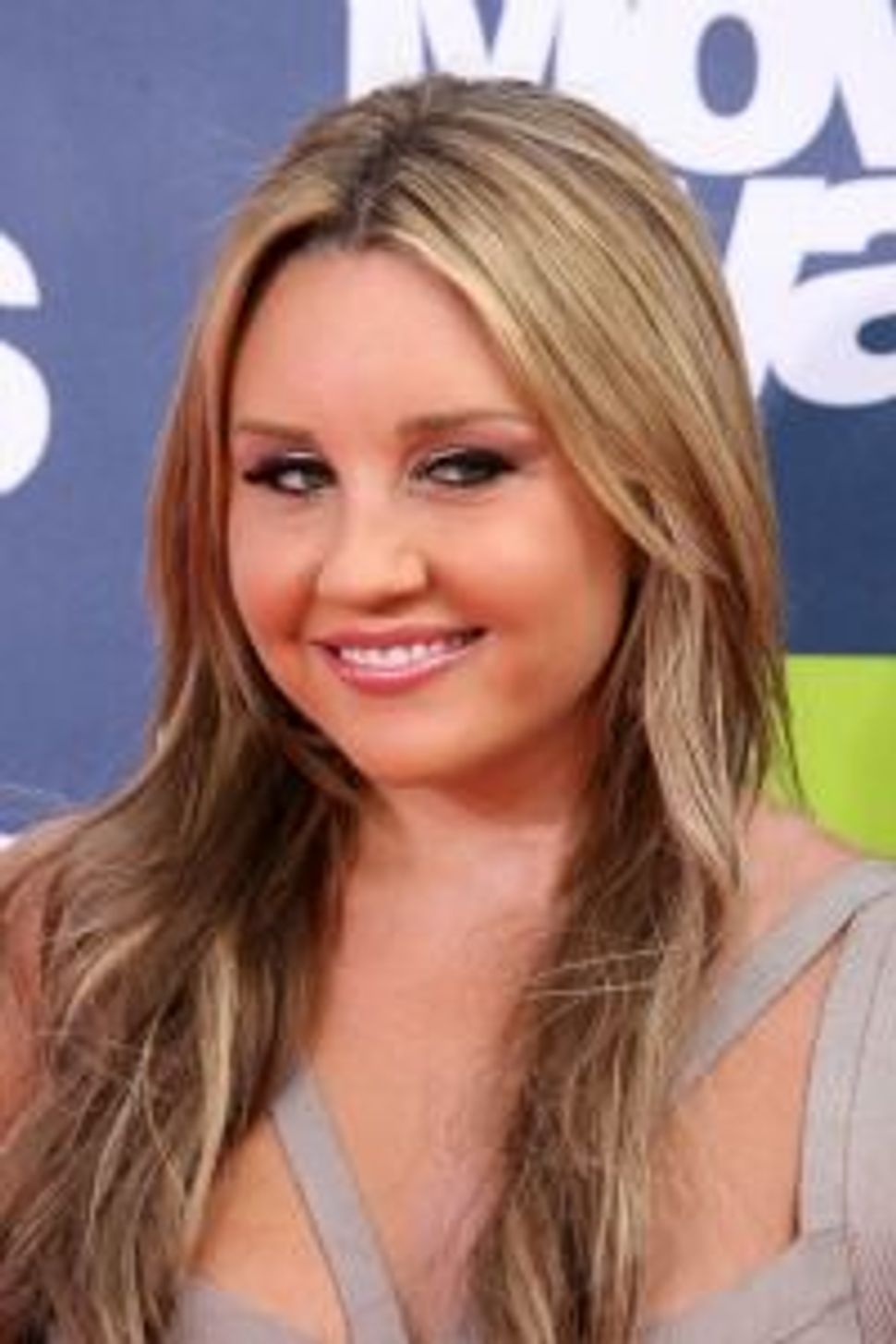 Amanda Bynes has said she will sue over an In Touch report that she was caught walking around in nothing but a pair of goggles at a New York tanning salon. The troubled young actress says there is no truth to the story, and that she is simply a 26-year-old retired multi-millionaire whose privacy should be respected.

In Hurricane Sandy-related housing news, we have the Hamptons home of Ronald Lauder’s daughter Jane washed out to sea, and a bunch of celebs vacating their downtown Manhattan homes and taking rooms at posh Upper East Side hotels. Among those checking in to The Mark were Marc Jacobs, Jonah Hill and Liev Schreiber and his family. Harvey Weinstein and his wife Georgina Chapman were seen at the Lowell Hotel, and Sarah Jessica Parker was reportedly at the Plaza Athenee.

If you happen to come across Amy Winehouse’s wedding dress and newspaper print cocktail dress, you should know that they are hot—as in stolen, not attractive (though they are probably nice to look at). They were discovered missing by people from the late singer’s foundation who were inventorying items for a charity auction.

Some are speculating that it is the success of Bethenny Frankel’s “Bethenny” talk show that was behind the cancellation of Anderson Cooper’s “Anderson Live.”

We bet you’ll want to see Daniel Radcliffe and Jon Hamm sharing a bath. The two popular actors star as the same character (at different stages of life) in an upcoming British mini-series.

If you haven’t had a chance to see Barbra Streisand on her concert tour, you can catch her in the restored versionof “Funny Girl” that will kick off the 2013 edition of the TCM Classic Film Festival in Hollywood this coming April.

If you’re a Trekkie you might be into this: it’s an iPhone app full of “Shatisms” — that is, recorded words and statements by Star Trek’s William Shatner. The idea is to string these shatisms together to create “Shatoetry,” which happens to be the name of the app.

The day after Halloween, we learned of “Diner” and “Rain Man” director Barry Levinson’s five favorite horror flicks.. It’s a rather predictable list, we must say.

We love this new movie poster for the soon-to-be-released “Les Miserables” featuring Sacha Baron Cohen and Helena Bonham Carter in character as the duplicitous Thenardiers.

Gina Gershon tells you seven thingsyou probably never knew about her and plugs her new book, “In Search of Cleo: How I Found My Pussy and I Lost My Mind.”

Where in the world are Mila Kunis and Ashton Kutcher at this very moment? According to reports, they are Down Under, enjoying a romantic Australian getaway.