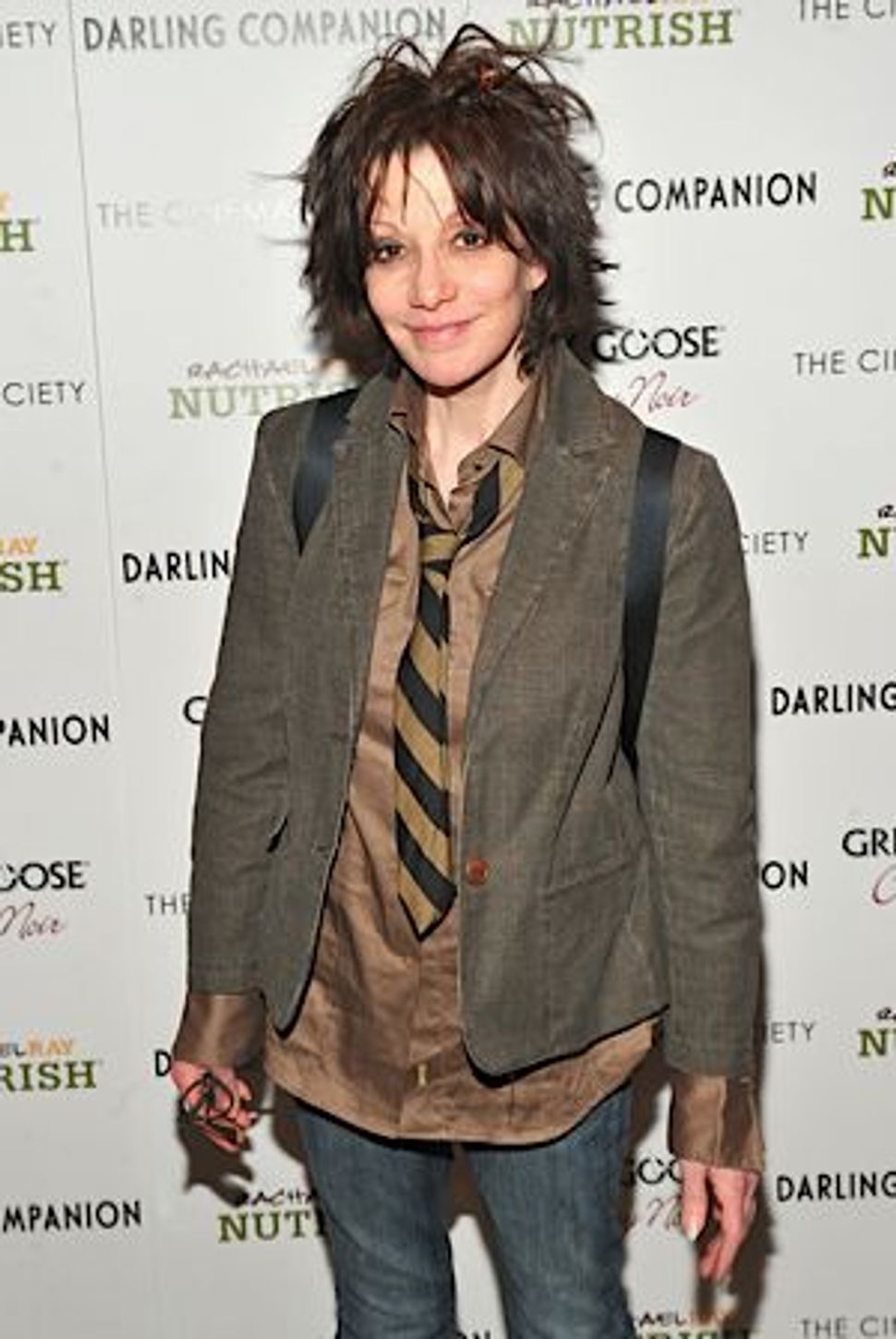 Amy Heckerling is the auteur behind two iconic movies: “Fast Times at Ridgemont High” and “Clueless.” She was also the director of “National Lampoon’s European Vacation” and the writer and director of “Look Who’s Talking,” among other successes. 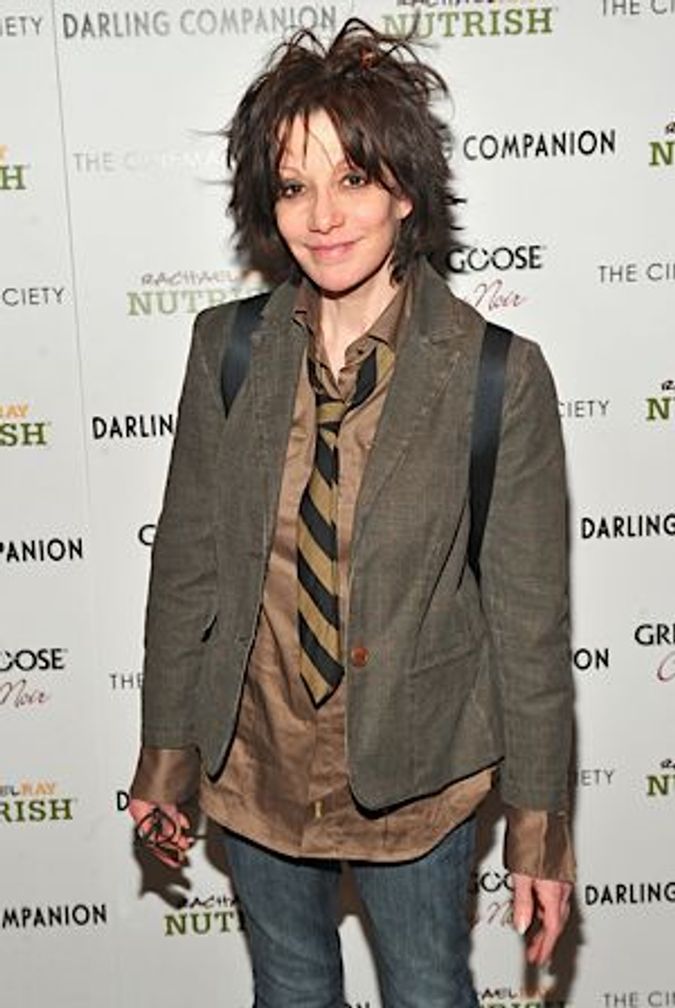 Heckerling’s latest, “Vamps,” starring veteran Heckerlingers Alicia Silverstone and Wallace Shawn, is a smart comedy, not an attempt to cash in on the “Twilight” craze. In fact, don’t even think about calling the main characters vampires; they’re “extended life forms.” They go to AA-type meetings to “keep off the juice” — the juice being human blood — because “undead is not unfeeling.”

Despite a stellar cast that includes Sigourney Weaver, Richard Lewis and Justin Kirk, among others, an often hilarious and occasionally wise and insightful script, and Heckerling’s successful track record, the film is is opening only briefly in New York and Los Angeles before a DVD and Blu-ray release on November 13.

Heckerling, 58, spoke to The Arty Semite about her disappointment with the film’s limited distribution, growing up in the Bronx and how the Holocaust influenced her filmmaking.

Curt Schleier: I loved Vamps. I thought it was funny and has interesting things to say about contemporary life. I can’t understand why it’s not getting a wider platform.

Amy Heckerling: I’m glad you liked it. To answer your question, I don’t know. I’d be curious myself. It’s one thing to say it’s a climate of the times, but I think a lot of it is the way Hollywood operates — who’s hot and who’s not with certain agents and producers. I see much crappier films get much better deals, so I’m not the one to ask. I wonder if I’ve done something to offend someone, and even if I did, what about all the wonderful actors who worked so hard?

It was through my grandfather. He was a factory worker who read the Forverts and Variety and would spend his weekend on the lower East Side in bookstores. He’s the one who gave me a love of movies. We would watch old movies.

Still, it was unusual for women of your generation to aspire to direct movies.

I attended Art & Design High School and at one point you had to write about what you wanted to be when you grew up. I wrote that I wanted to be a writer for Mad magazine. Mort Drucker [a Mad artist and writer] was one of my heroes. The boy who sat next down to me said he wanted to make movies, and that got me angry. He always copied off me and if he could movies I could, too. I loved movies and wanted to do it. A studio executive showed me a letter he received from a stockholder while I was starting to direct “Fast Times.” He wanted to know why the exec was letting this young girl direct a film. Then he asked me, “Why should I let you do this film?” I guess he was satisfied with what I told him.

Was there any special reason you made Cher Horowitz in “Clueless” Jewish?

I didn’t. That was Wally Shawn, [who played a teacher]. Cher didn’t have a last name, but Wally was filling out the attendance sheet and he ad-libbed Cher Horowitz. Since then, Jewish groups want to talk about Cher as a Jewish woman. I’m a Jewish woman, I wrote that and I’m willing to talk about it. But that wasn’t what I was thinking when I was writing. You know what they say: think Yiddish, cast British.

Where did you learn to think Yiddish?

I didn’t go to Hebrew school. We didn’t have a lot of money. My brother went and he was a bar mitzvah. I wasn’t bat mitzvahed. The building in the Bronx where I grew up was filled with mostly Holocaust survivors. My two best friends’ parents both survived the camps. Everyone in my grandparents’ building had tattoos. I’d go shopping with my grandparents and the butcher, the baker, everybody in the whole neighborhood had tattoos.

How did that impact you?

I don’t remember it ever being very sunny in the Bronx. There was always the smell of people making borscht and boiled chicken. It never went away. It never aired out. Five times a day I heard “never forget. Never forget.” That was when I was little. For some reason, I became addicted to the kind of shows about Hitler that were first on the History Channel and now on the Military Channel, “The Fatal Attraction of Adolf Hitler,” “Hitler and the Occult.” All those documentaries about the Nazis and the Holocaust and Hitler. I don’t think I go more than two days without watching one of them. But the reaction in terms of my work seems to have been to create an opposite world where the Jewish girl, the black girl and the Chinese girl are best friends and live in a hyper-happy place where big things never go wrong — before 9/11 — where everybody has enough money to eat well and look good.

You’ve given a lot of famous actors their first big break — Paul Rudd, Sean Penn, and numerous others.

That makes me the happiest, when I see actors I’ve worked with do well in other movies. I feel like a proud mother.

Only that my grandfather would be so proud that an article about me is going to be in the Forward.

Watch the trailer for ‘Vamps’: