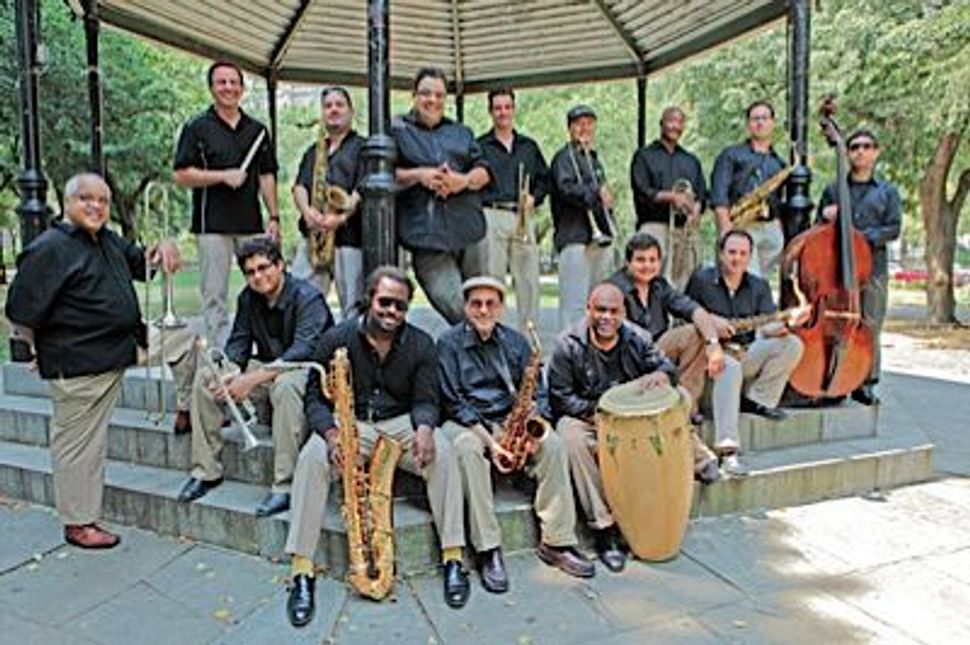 On Friday afternoon I walked from my home in the Gowanus section of Brooklyn to 34th Street in Manhattan. From there I caught a train uptown to Symphony Space to see Arturo O’Farrill and his Afro Latin Jazz Orchestra, with assorted guests, blend Latin rhythms with Jewish melodies. 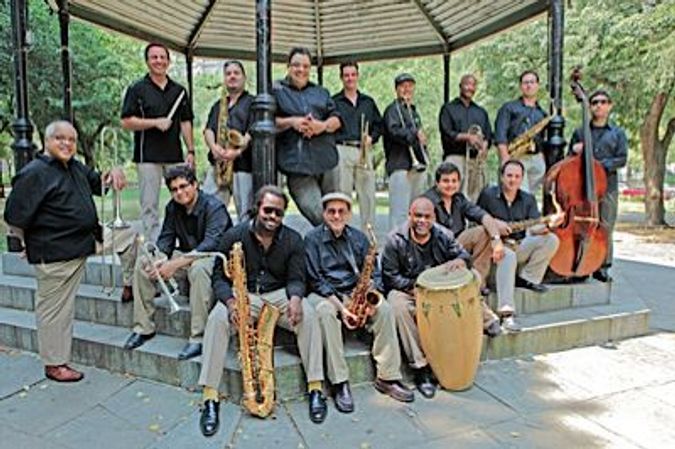 My feet ached when I got to the venue and I probably should have taken a cab or a bus. (Subway service into Manhattan was suspended in the wake of Hurricane Sandy.) But it felt extremely good to plop down into a chair for roughly two hours and feel the vibrant pulse of Latin music radiate from the stage before me.

Called “Falafel, Freilach and Frijoles: From Mambo to Borscht,” the show drew inspiration from the Latin dance bands of Tito Puente, Machito Grillo and others that toured the resorts of the Borsch Belt in the middle of the 20th Century. It also gave a nod to Irving Fields’s kitschy 1959 release, “Bagels and Bongos,” which served as a kind of precedent.

The 18-piece orchestra opened with “Holiday Mambo,” which uses the melody of “Hava Nagila.” It was recorded by Machito and his Afro-Cuban Orchestra more than 50 years ago and arranged by the late Cuban composer Chico O’Farrill, father of Arturo.

“The thing that strikes me at the root of all of it,” O’Farrill said, late in the set, of the connection between Latin and Jewish culture, “is that life is hard, tears are frequently shed, but you always bounce back.”

It felt like he was speaking more about the storm than the night’s theme. (The show, which ran through Saturday, was offered for free to let New Yorkers take their minds off Sandy for a couple of hours.)

“At the end of the day,” O’Farill said, “you can dance, you can smile, or you can mix up a merengue with a freilach,” which, I guess, is what he did next, with the song “Freilach-a-Nacht.” (“What the hell is a freilach?” muttered a man behind me. “I thought it was something you eat.”)

Steven Bernstein, playing slide and valve trumpet, arranged and wrote some pieces, including a suite of Jewish blessings full of dissonant horn blasts. The salsa pianist Larry Harlow sat down at the piano for a few songs while O’Farrill conducted. On “Bei Mir Bistu Shein,” cast in a Latin rhythm, Harlow played a solo of octave-apart chords, a foil to O’Farrill’s agile approach.

Other guests included the young pianist Emmet Cohen and the Israeli percussionist Benny Koonyevsky, augmenting the orchestra’s fantastic rhythm section. The Israeli musician Rafi Malkiel, a member of the orchestra’s horn section, played euphonium and trombone and wrote songs for the evening.

Anat Cohen, the excellent Israeli clarinetist, joined in on several tunes throughout the night. She leaned over the crowd like a snake charmer, delivering long, expressive solos full of dramatic dips and slides.

By now you might be wondering: Where does the “Falafel” fit in to all of this? Well, a lot of Israelis performed, and Malkiel’s “Desert” sounded Middle Eastern. But if you expand a theme too much, it becomes meaningless. And despite the alliterative catchiness of the show’s name, I think the musicians could have done just as well drawing only from the Borscht Belt connection, which is, for the most part, what they did.

In any case, when the music was at its best, the night’s theme dissolved and my aching feet began to move.