The Two Davids of ‘Scandalous’ 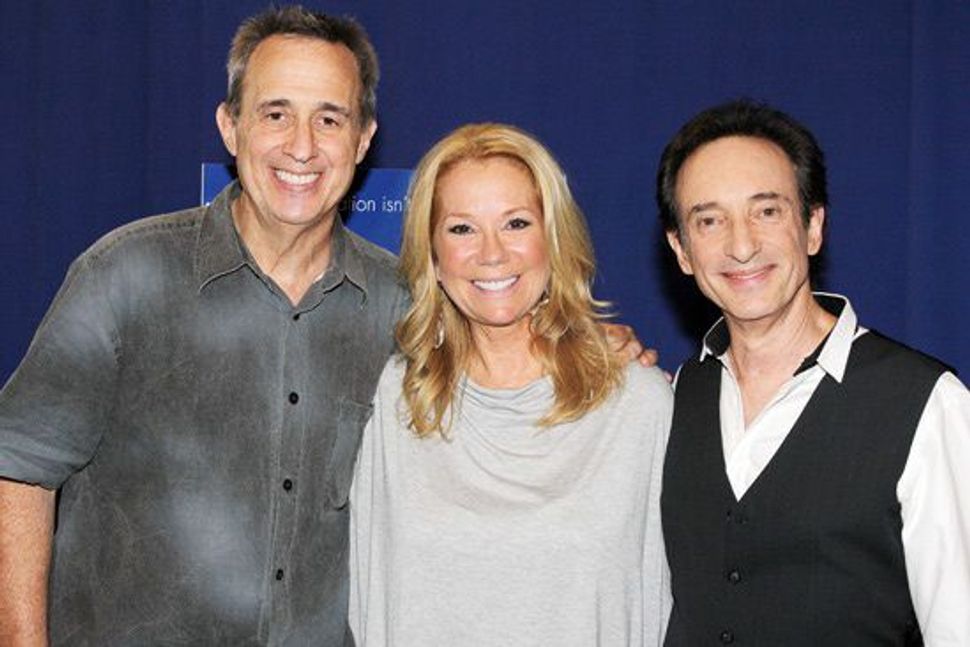 “Scandalous,” the new Broadway musical about evangelist Aimee Semple McPherson, was written by Kathie Lee Gifford. No surprise there. Gifford is a well-known born-again Christian with, presumably, an interest in the work of a crusading missionary. 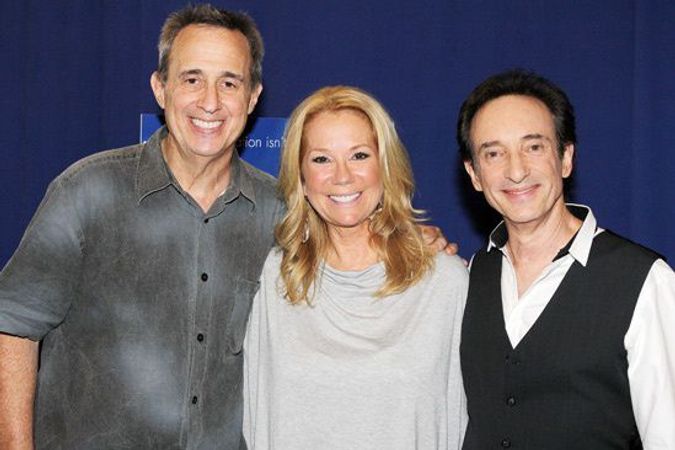 But in a fit of ecumenical irony (or common sense), the two guys she picked to supply the bouncy, gospel-infused music are two Davids, Pomeranz and Friedman, who are singers, composers and Jews who grew up in the New York City area.

Both Pomeranz and Friedman had worked individually on projects with Gifford, but they never worked together until 2005, when Gifford asked them to collaborate on the play, then called “Saving Aimee.” They spoke to The Arty Semite about growing up, why their work on the show isn’t really surprising, and why so much of the American songbook was composed by Jews.

Curt Schleier: What are two Jewish guys doing on this musical? Do either of you feel any Jewish guilt?

David Pomeranz: Not in the slightest, because what we’re talking about in this play is a great woman. None of us are writing a religious play. It’s about a fascinating life, a brave woman who followed her personal private relationship with God, did what was the right thing to do and ran into her own personal problems. Any great person has that dichotomy. They are inspired to do something great and the khazeray in their minds gives them a rough time. That’s what this story is about, a fascinating look into a very complex woman.

David Friedman: The thing about all religions is that they are allegories trying to find the truth. When Kathie Lee writes certain things she instinctively understands she has to do so in a way a Jew and a Muslim can understand it.

David P., I understand you sang in your synagogue growing up?

Pomeranz: I did. We lived on Long Island. We had a very large congregation and for all the High Holidays my father and I would sing duets together for maybe 3,000 people. It’s the first time I ever sang in front of a crowd and the next day in school the girls would notice me and made me realize this singing thing is good. My dad was in the garment business; he designed women’s lingerie. But he was a magnificent artist — a singer, a painter, a writer. But growing up when he did, you got a real job and raised a family.

Typically, you don’t have more than one person writing music. How did this project come about?

Friedman: Kathy decided to write a musical and asked me to write the music. We began to develop it and about a halfway through we asked David to help with the music. Right now, we can’t tell who wrote what. A lot of pieces we wrote seem to have common ground. Working with [the other] David has been a great education in some ways.

Pomeranz: I feel the same way. I find myself humming his tunes.

Have there been any problems?

Pomeranz: We haven’t had any. We’ve both had experience working intimately with Kathie Lee. She gives us lyrics and we bash out a tune in the room with her and then it goes back and forth. She’ll take a lyric and modify it if necessary. She’s a true collaborator.

Friedman: Sometimes we work alone. Sometimes we’re in the room together. It’s an interesting way to get a musical done. Usually only one person has responsibility [for the music]. But you take contributions where you can get them. You want to listen to the voices of the people working with you.

You’ve been working on this project for about six years. Does it get so familiar at some point that you’re no longer sure if it’s good?

Friedman: I don’t think so, because we’re working on such a big story, and we’re always revising to get the story to work. I never get bored with it.

Why do you think that so many of the songs that make up the American songbook were composed by Jews?

Pomeranz: In my experience, the most soulful music is Jewish music. It’s that soul, it’s that heart I carry with me, and I know David [Friedman] feels the same way. We’ve talked about it. The greatest songs, the most enduring songs, the most passionate songs have been written by Jews because of that.

Friedman: To take that a little further, there is a deep pain and emotionalism that comes out of Judaism. That consciousness promoted music. Music was important in my family as I was growing up. I was very supported in the idea of being a musician and it probably comes from a deep sense of — I don’t want to use the word persecution, but there have been troubles that Jews have expressed through music. Even in this case. We’re writing about a subject that isn’t Jewish, but we can latch on to the spirit of the characters because of that shared experience.

The Two Davids of ‘Scandalous’