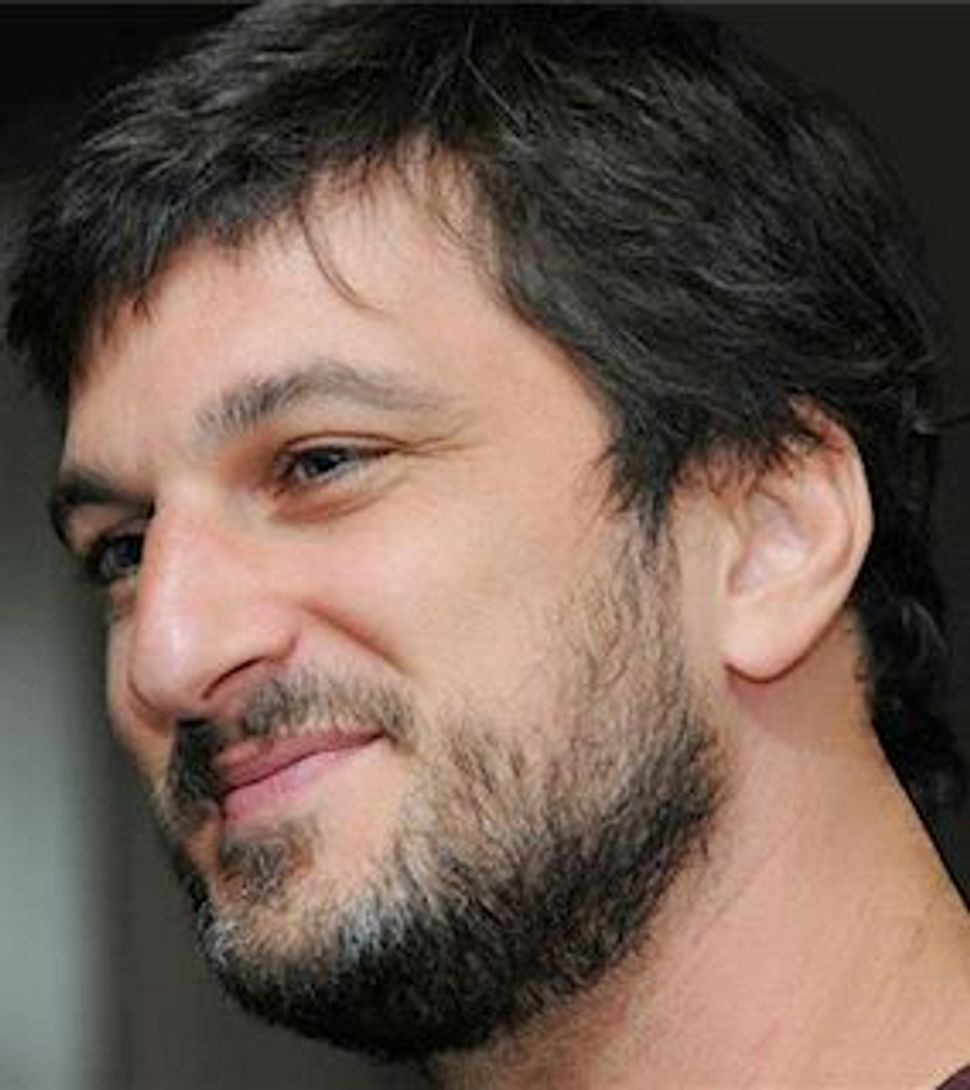 “California Solo,” opening November 30, is about Lachlan MacAldonich, a former British rock star who gets caught drunk driving and now faces deportation from the U.S. But the melancholy movie is less of a story than a character study, and Robert Carlyle gives an understated yet captivating performance as MacAldonich.

In contrast, 35-year-old Marshall Lewy, who wrote and directed the film, has the energy of a 20-year-old: Right now he’s working on screenplays for New York Times bestseller “Born to Run,” to be directed by Peter Sarsgaard; “Santiago,” the true story of a Cuban man imprisoned by Castro for 19 years after working for the CIA; “The Imposter’s Daughter,” an adaptation of a graphic memoir about uncovering a father as a fraud; and “Exodus,” about three thieves who move to the Caribbean where things go terribly wrong. Despite the huge heap of projects, Lewy made time to talk to The Arty Semite about writing his first screenplay, alcholism, and working with Robert Carlyle.

Dorri Olds: How would you describe “California Solo”?

Marshall Lewy: Robert Carlyle plays an ex-musician who’s originally from Scotland. Hiding out from his past, he has settled into a comfortably numb existence. He’s an isolated man with a British rocker past — a tragic past. The character is laid back and an alcoholic who keeps to himself while working as a farmer in L.A. He doesn’t love nor hate his life until he gets a DUI. I wrote the character specifically for Robert Carlyle.

Is he a friend of yours?

No. I didn’t even know him but I loved him in “Trainspotting” and “The Full Monty.” Wanting him as the lead helped me write the character in his voice. Robert said yes right away. I think he was flattered but you’d have to ask him. I know he was intrigued and really connected with the part. I was lucky.

Did everybody stick to the script or did they improvise?

Only one scene wasn’t in the script. It’s when Robert’s character tells stories about touring through India and waking up in the desert. The stories are true. I love when Robert says, “I woke up with 150 people in my kitchen and didn’t know how they got there.” Another one of my favorite scenes is when immigration detains him. We see this explosive side where he goes psycho like he did in “Trainspotting.”

There’s a lot of drinking in the film. Did you ever drink or drug to excess?

No, but it’s the story of people I know— friends, relatives.

I always got grades — good enough to get into those schools. I loved reading, writing, art and movies and studied literature and Russian history.

When did you write your first screenplay?

Wow, were you a weird, melancholy kid?

Did you have a religious upbringing?

My father, Glen Lewy, was the national chairman of the Anti-Defamation League for a few years. I was bar mitzvahed at the Westchester Jewish Center and went to Hebrew school three days a week.

Were your parents supportive of your film aspirations?

Oh yeah. It’s all fine as long I’m passionate about what I’m doing and working hard.

How long did it take to write the screenplay for “California Solo”?

I wrote the first draft in 16 days.

How’d you do that?

Lots of coffee shops, lots of coffee and writing non-stop. If you write 5 pages a day for 16 days you have a script.

Do you write that fast on all your projects?

Larger scale scripts like “Exodus” take much more time. The main thing is to put your butt in a chair and write.

Do you prefer writing or directing?

Directing is a big relief after spending day after day alone writing. I prefer directing to writing. There are less harrowing moments. It’s exhausting to be on set all day but it’s fun and challenging. Writing is the hardest.

Do you have any advice for aspiring filmmakers?

Watch the trailer for ‘California Solo’: