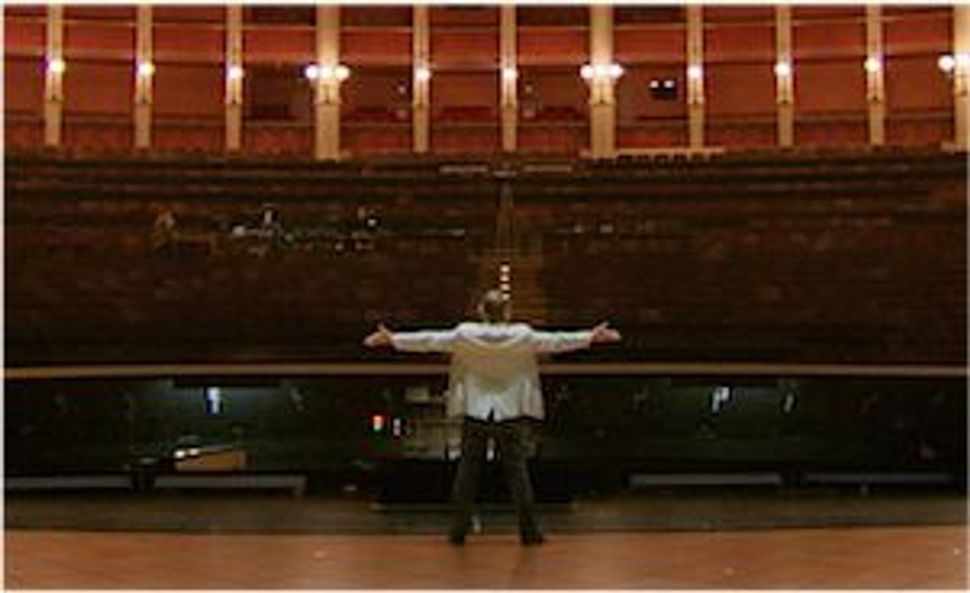 Stephen Fry has one of those faces you likely recognize but don’t know why. Did he live in the old neighborhood? Did you go to school with him? Or, as is the case, is he someone almost famous? 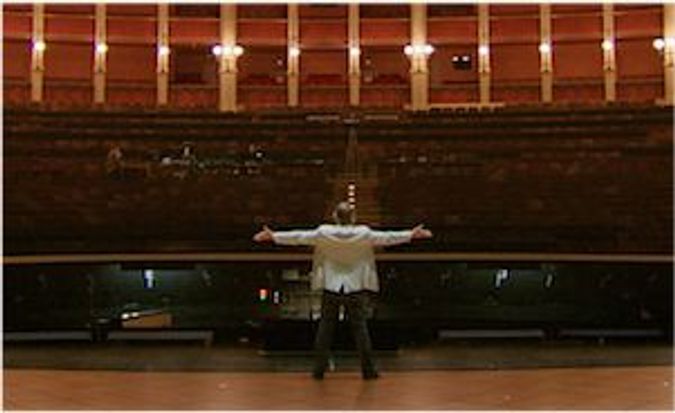 Fry was a Golden Globe nominee for playing the title role in the 1998 film, “Wilde.” He’s also appeared in “Sherlock Holmes: A Game of Shadows” and has a role in next year’s Hobbit movie, “The Desolation of Smaug.” But the actor/writer is best known in his native England.

Fry is at the center of a documentary, “Wagner & Me,” opening December 7 in New York and in several other major cities in coming weeks. Fry is a Wagner enthusiast. He claims he was 11 or 12 when he heard his music “on my father’s gramophone. It released forces in me. No music has done it like Wagner’s.”

The problem is that his “passion was shared by Hitler. I’m Jewish and lost relatives in the Holocaust.”

Fry’s discomfort is understandable. I feel the same way myself — albeit on a more plebeian level. I won’t see a Mel Gibson film. I won’t even watch him on cable. Does it make a difference? Obviously he doesn’t care or even know — unless he reads The Forward — but it makes me feel better.

So Fry poses an interesting question. Does art trump hate? The problem is that the film doesn’t really answer the question.

Much of the documentary is a Wagner biography, covering his early days, his exile in Switzerland and his resurgence under the patronage of Prince Ludwig of Bavaria.

Richard Wagner, composer and dramatist of the “Ring” cycle and “Parsifal,” was clearly a genius. But in 1850 he wrote “Judaism in Music,” an anti-Semitic diatribe that said Jews had no connection to the German spirit and were only interested in popularity and profit rather than creating works of art.

His essay was in many ways directed at Felix Mendelssohn, whose music was better received that Wagner’s (and who was, ironically, raised without religion and was later baptized as a Lutheran).

But viewed in the context of the time — and this is by no means intended to excuse Wagner — anti-Semitism was far more prevalent than today and there were far fewer constraints on voicing those feelings. After all, do Americans think less of the founding fathers who owned slaves?

But matters are complicated by Wagner’s descendants who were also virulently anti-Semitic. And then of course there is the subject of Hitler and the Nazis, who hijacked Wagner and his music.

Fry imagines the collected works as a “beautiful tapestry that’s stained indelibly. Hitler and the Nazis stained Wagner. For some people, that stain ruins the whole work.”

But Fry clearly is not one of them. It seems he undertook this project more to justify his passion than question it. He goes to Bayreuth, the theater Wagner built specifically to house the “Ring” cycle. There he meets and overwhelms Wagner’s granddaughter, Eva, who, with half-sister Katharina, runs the annual Bayreuth Festival. She seems almost frightened by his enthusiasm and runs away mid-interview claiming to be busy. She leaves Fry gushing like a teenager about how happy he is that he shook the hand of an actual Wagner.

The most moving moments come when Fry speaks to an Auschwitz survivor, who came through alive because she played the cello. She talks about how she was called in to play Wagner for Mengele. How she learned never to make eye contact with the Germans. He asks: Am I betraying my Jewishness by playing Wagner?

She asks: Why listen to him at Bayreuth? Why can’t you stay home and listen?

Fry has no intention of doing that. The closing scenes show him all tuxed out on opening night of the 2009 festival, when the film was shot, rationalizing: “I’m not prepared to surrender” to Hitler.

Watch the trailer for ‘Wagner & Me’: