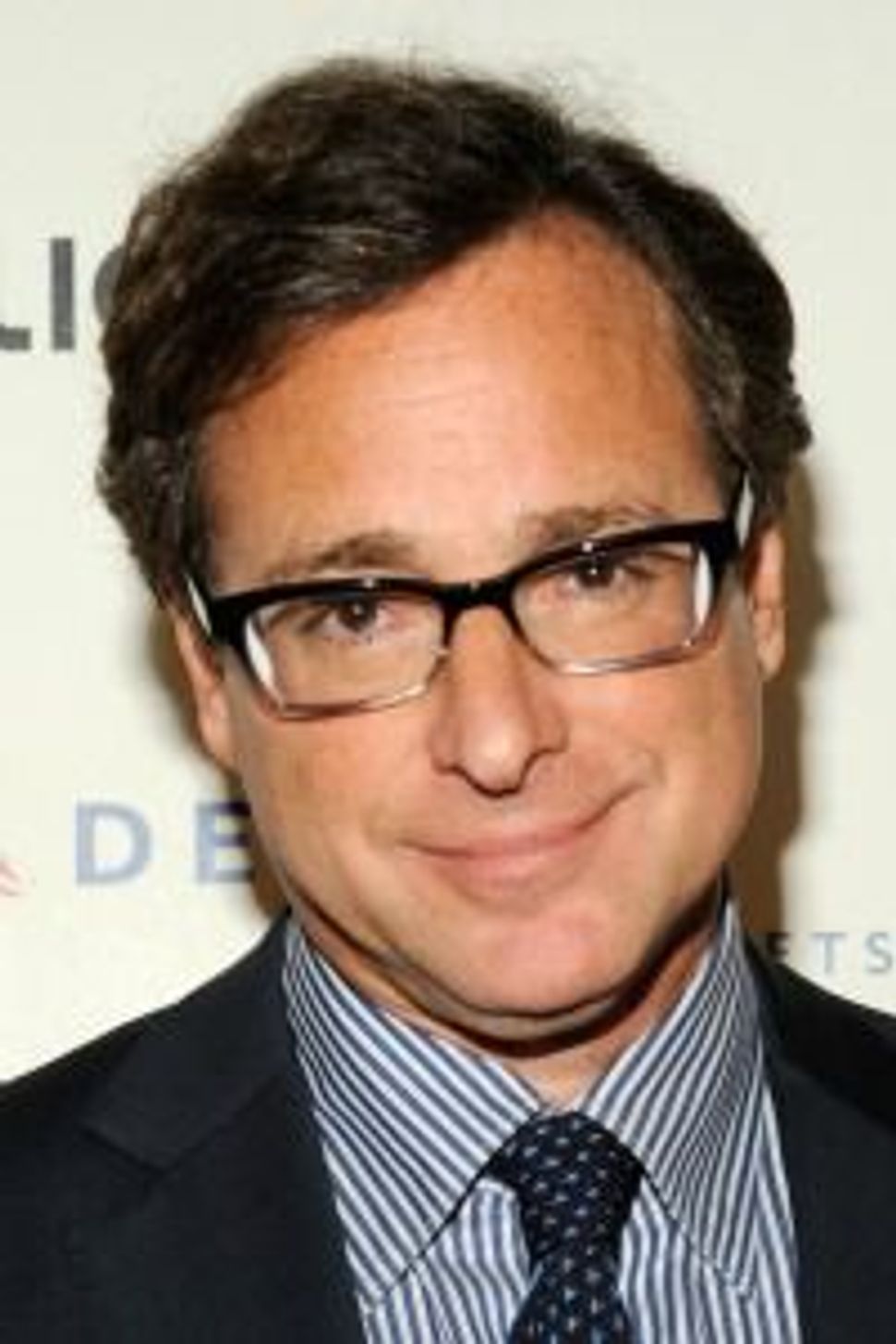 You may remember Bob Saget as Danny Tanner on “Full House,” but he’s actually not always as clean cut as that. In fact, he has a “dirty humor” book coming out in 2014 showcasing “the full monty of [Saget’s] crazy self.”

Who knew that Scarlett Johansson has always aspired to be a weather girl? We certainly didn’t. In any case, her dream came true as she was given the opportunity to pinch hit on the Today Show for Al Roker, who had laryngitis.

In case you haven’t already heard, Stevie Wonder has cancelled his performance at the upcoming annual Friends of the IDF gala fundraiser in Los Angeles, claiming that his role as a U.N. “Messenger of Peace” is incompatible with his appearing at the event.

It will be the TIME editors who ultimately choose the magazine’s Person of the Year for 2012. But in the meantime, the public was able to weigh in with its votes of “definitely” or “no way” on 39 candidates for the honor. Among them are Sheldon Adelson, Michael Bloomberg, Benjamin Netanyahu, and Jon Stewart. The Algemeiner reported that once the votes were tallied, Netanyahu came in fourth in the “no way” category, just behind dictatorial Syrian president Bashar Al-Assad. Adelson fared even worse, coming in second on the “no way” list.

In the meantime, the cover of the latest issue of TIME features a portrait of Egyptian president Mohamed Morsi taken by Israel photographer Nadav Kander.

Chelsea Handler gave fellow comedienne Whitney Cummings some helpful (not!) advice for preparing to host her new E! talk show, “Love You, Mean It,” which Handler is producing.

Remember those reports that the Trump kids staged an intervention with The Donald in an attempt to get him to stop trash talking the President on social media? Well, Ivanka Trump says that no such meeting with dad happened. “I totally respect @realDonaldTrump ‘s opinions & right to articulate his views, which is what I would have told @nydailynews if they’d called me to fact check their false story,” she tweeted.

Shia LaBeouf, who was seen hanging out in Hollywood in cut-off shorts, is apparently in a rebound relationship with “Nymphomaniac” co-star Mia Goth.

Adam Levine made it plenty clear in a weird tangential rant while on “The Voice” that he and Maroon 5 will not be playing The Roxy any time soon. The singer claims the group was dissed when they played there a while back as the opening act for Michelle Branch. “Ummm, what was that about? cc: @adamlevine,” the famous L.A. venue posted on Twitter in response.

Did you catch the photo of then-very young siblings Abigail, Robin, and David Pogrebin (children of Letty Cottin Pogrebin), with Marlo Thomas in The New York Times marking the 40th anniversary of “Free To Be You And Me”?

Go behind the scenes with Jon Hamm and Daniel Radcliffe on the making of their new British mini-series, “A Young Doctor’s Notebook,” which is based on a novel by Soviet Russan writer Mikhail Bulgakov.

Demi Moore most definitely has a thing for young men. Moving on from her broken marriage with Ashton Kutcher (who we all know is now dating Mila Kunis), Moore has been spotted cozying up to 26-year-old art collector Vito Schnabel, son of artist and filmmaker Julian Schnabel.

Is this the new winter look? Both Lenny Kravitz and Amanda Bynes were photographed wearing super-sized knit scarves—though each was wearing the cold-weather item differently. Kravitz appeared to be trying to make a fashion statement while practically being swallowed by his, while Bynes used hers as protection against the paparazzi.

Other celeb sightings include: Jesse Eisenberg tooling around New York on a bike (where is helmet?!); Bar Refaeli doing some holiday shopping in Berlin with her dad prior to her appearance on a German television show; Tori Spelling sharing her family’s Thanksgiving photo; and Jack Black cheeringon the Lakers as they lost to the Pacers.