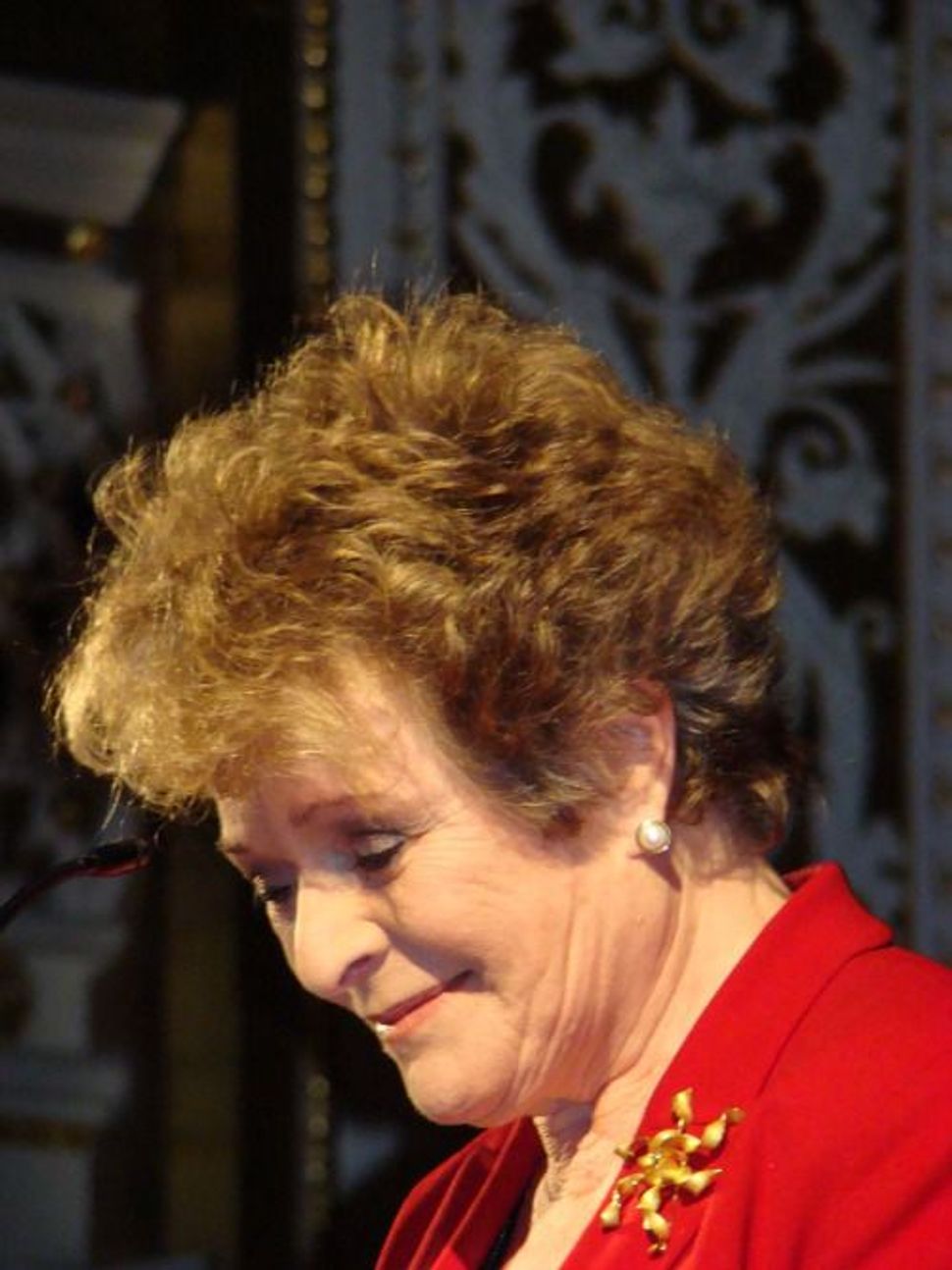 Dame Janet Suzman Image by Courtesy of the Penny Readings

The South African Jewish actress Janet Suzman, who last year was appointed Dame Commander of the Order of the British Empire (DBE) for services to drama, has rabble-rousing in her genes. She was born in Johannesburg in 1939, niece of the heroic anti-Apartheid activist Helen Suzman (née Gavronsky; 1917-2009) and granddaughter of Max Sonnenberg, a South African parliamentarian who also founded a chain of local retail stores. Taking the floor and holding forth in some of her most celebrated roles, such as Shakespeare’s Cleopatra, Shaw’s St. Joan and Ibsen’s Hedda Gabler, Suzman created lasting impressions of passion and authority. Her sinuously balletic Cleopatra, very much an African potentate, fortunately filmed in 1975 and available on DVD from Lions Gate, continues to influence performers today. Her Hedda Gabler was as regal as her Oscar-nominated role as Russia’s Tsarina Alexandra in the 1971 film “Nicholas and Alexandra” with screenplay by James Goldman.

Recently, Oberon Books published some of Suzman’s reflections on these and other roles, “Not Hamlet: Meditation on the Frail Position of Women in Drama”. In a fiery written monologue which Suzman wittily terms “Krapette’s Last Tape,” she argues for better roles for actresses, also taking time to slate Roland Emmerich’s 2011 pseudo-historical movie “Anonymous” which claims that Shakespeare was too low-class and provincial to have written his own plays. Suzman argues against this argument redolent of “snobbery,” commenting that she herself, after a “youth spent in a cultural backwater, largely devoid of live theatre although very alive to the violence and avarice of living – Johannesburg – I can vouch for the joys of Learning Very Quickly” after arriving in London. In addition to listing scholarly authorities from James Shapiro to Samuel Schoenbaum who support her views, as a proud Jewish mother Suzman even quotes her son the Oxford University physicist Joshua Nunn

Arguing that the “pragmatism of science” should be applied to the authorship of Shakespeare’s plays, a problem for which the simplest solution is true, Suzman cites Nunn: “All of science can be viewed as a rather arbitrary attempt to satisfy [a] desire for beauty in simplicity.” Still ardently addressing the ongoing challenges of her homeland, in 2010 Suzman appeared in an acclaimed London production of “Dream of the Dog,” a new South African play about the lasting social damage caused by Apartheid. Ever-energetic and vocal, Suzman’s enduring talent must have made her aunt and the rest of her family proud.

Listen to Janet Suzman discussing the 2010 play “Dream of the Dog here.