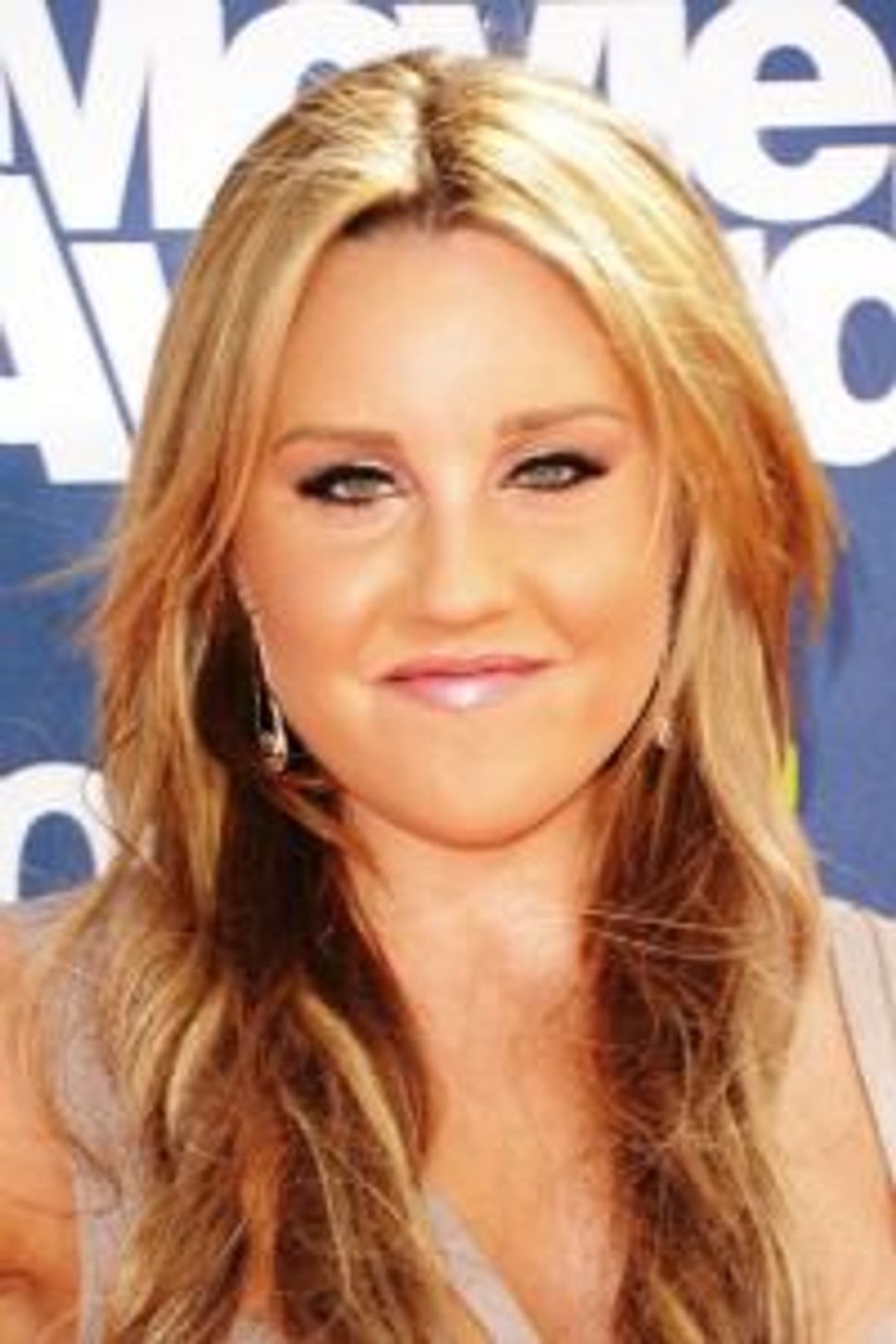 We’re heading into the end of the year, so it’s time for GQ’s list of the 25 least influential people of 2012. When it comes to this distinction, the tribe is represented by troubled starlet Amanda Bynes (ranked #2!), Oscars host Billy Crystal, “The Newsroom” writer Aaron Sorkin, and actor Adam Sandler.

There are only eight contestants remaining on “The X Factor,” and 13-year-old phenom Carly Rose Sonenclar is in the lead. With Sonenclar’s amazing rendition of Adele’s “Rolling in the Deep,” she continued to impress the audience and the judges, including Simon Cowell who joked that he would have to disqualify her for being an alien (because how could a young teenage human have such a powerful, soulful voice?).

Fran Drescher is a cougar and proud of it. The 55-year-old actress told HuffPo in a video interview that, with her high energy level and contemporary tastes, she’s really only interested in dating younger men. She’s doing her best to impose some limits, and says she’ll try to stick to guys who are no more than 10 years her junior.

A couple of new bundles of joy have entered the world. Fred Savage and wife Jennifer welcomed their third child, a boy. Judge Judy (Scheindlin) now has a complete jury with the arrival of her 12th grandchild, a little girl born to her son Gregory and his wife Laurie.

Daniel Radcliffe has made it into the Sundance Film Festival for the first time, with his drama “Kill Your Darlings, in which he plays poet Allen Ginsberg. The film about the Beat Generation will compete in the U.S. dramatic competition at the festival in January.

What does Gwyneth Paltrow do when she can’t find a one-shouldered yoga top she likes? She collaborates with an exercise wear company to make one that she can sell exclusively on her Goop website.

Alison Brie demonstrates her talent for dancing the Charleston during her sexy photo shoot for Nylon Guys.

Logan Lerman joined some other young actors for a panel discussion at The Variety Studio: Awards Edition event in L.A.

Lisa Edelstein is going from “House” to “House of Lies.” She will have a guest starring role on the latter, a Showtime program with Don Cheadle.

Comedic actor Jack Black is girding himself in advance of his being roasted by the Friars Club this coming April. “Anyone could really take me to pieces. I’m not gonna give any ammunition away,” he said. “I regret having ever agreed to it, but I’m going to go through with it.”

Jesse Eisenberg and Dakota Fanning were seen strollingtogether in New York’s Soho neighborhood. This, of course, means the two are dating. Or not.

Take a look at this fab video stylist Rachel Zoe put together with pop duo Karmin for Coach.com.

Marissa Jaret Winokur, who usually devotes her blog to reflections on her recent major weight loss, focused her latest post on the devastating effects of Hurricane Sandy.

HuffPo feels it necessary to point out that celebrity siblings have inherited some beauty genes, too. In a slideshow of handsome brothers and pretty sisters of people famous for their good looks, we see: James Franco’s younger brother Dave; Scarlett Johansson’s twin brother Hunter; and Kate Hudson’s older brother Oliver.