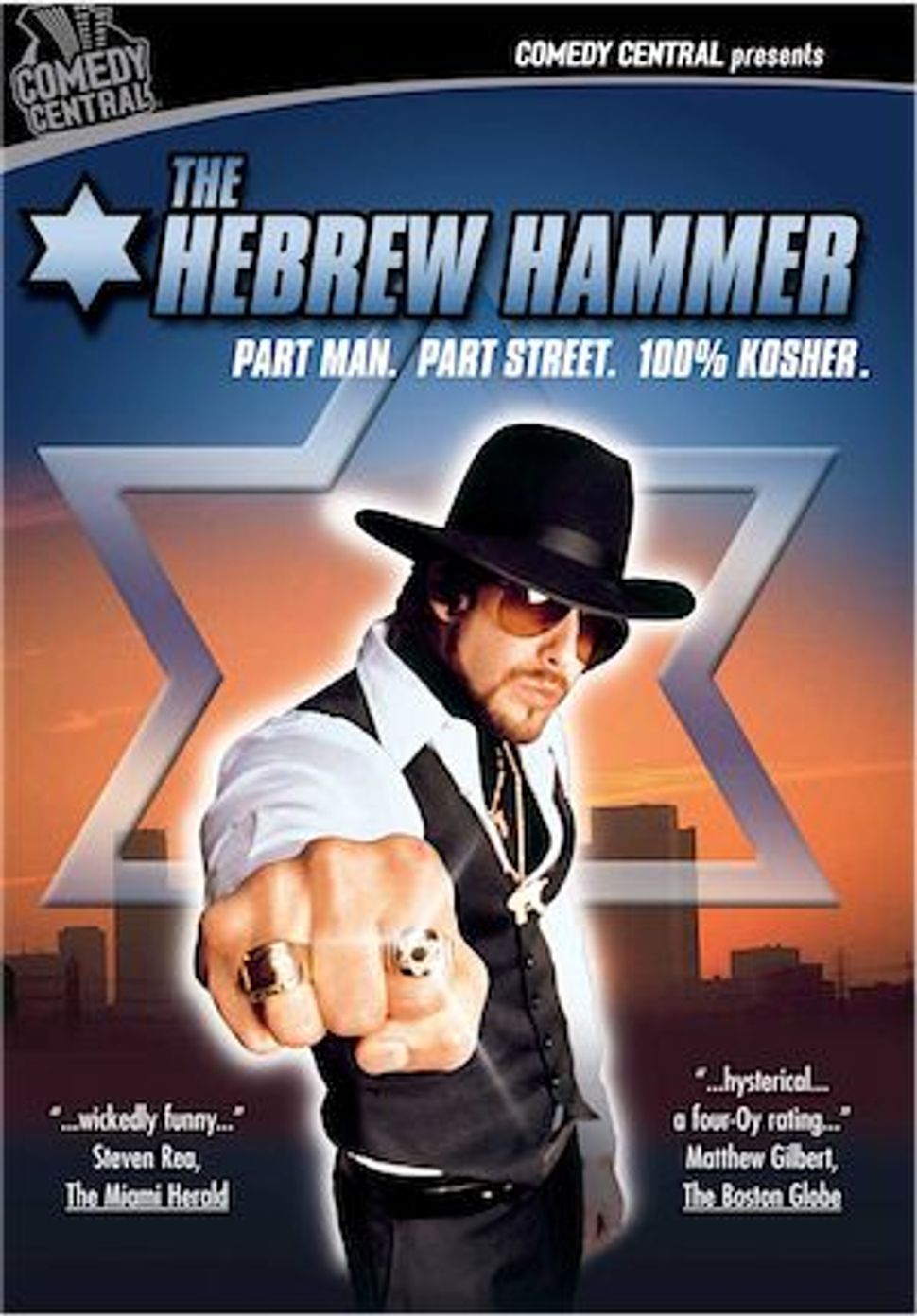 For some of us, the holidays generate a nostalgia for Jewxploitation, and we’ve despaired that we’d never see The Hebrew Hammer again. Fortunately, there is some holiday cheer in the news: The Hammer may be back. But it is not yet time to fully rejoice. The Jewish superhero will return, provided that filmmaker Jonathan Kesselman manages to raise enough money through crowdsourcing to fund production of a sequel to his 2003 cult hit.

Kesselman has launched a Jewcer campaign in hopes of bringing the “certified circumcised dick” back to battle an enemy far more evil than Andy Dick’s depraved son of Santa Claus. This time it will be “The Hebrew Hammer vs. Hitler,” a movie that the filmmaker likens to “History of the World Part 1” crossed with “Bill and Ted’s Excellent Adventure.”

The narrative is a Jewish history lesson… of sorts. The Hebrew Hammer, now 10 years older, consulting to the Jewish Justice League and selling trees in Israel, has been sidelined. Another Jewish superhero, a hipster named The Jewish Semiticman, has stolen the spotlight, but when he is sent back in a time sukkah to kill Hitler and things go awry, the Hebrew Hammer comes to the rescue. Hitler has hijacked the time sukkah, travelling though time rewriting Jewish history, and the Hebrew Hammer and his buddy Mohammed Ali Paula Abdul Rahim have to chase him down, stop him, and save the Jewish people.

It is not clear from the material on Kesselman’s Jewcer page whether he has any commitments from the original cast members that they will return for the sequel. It’s hard to imagine a Hebrew Hammer movie without Adam Goldberg, Judy Greer, and Mario Van Peebles.

Kesselman tells his potential financial backers that, despite the success of the first film, he needs to go outside of Hollywood to make this new project happen. The Tinseltown studios weren’t into Jewxpoloitation the first time, and they don’t seem to be this time around, either. “If like me, you love smart yet silly satire that is an equal opportunity offender, please help me make this a reality,” he requests.

Perhaps all the Hebrew Hammer fans out there will make Kesselman’s holiday wishes come true.