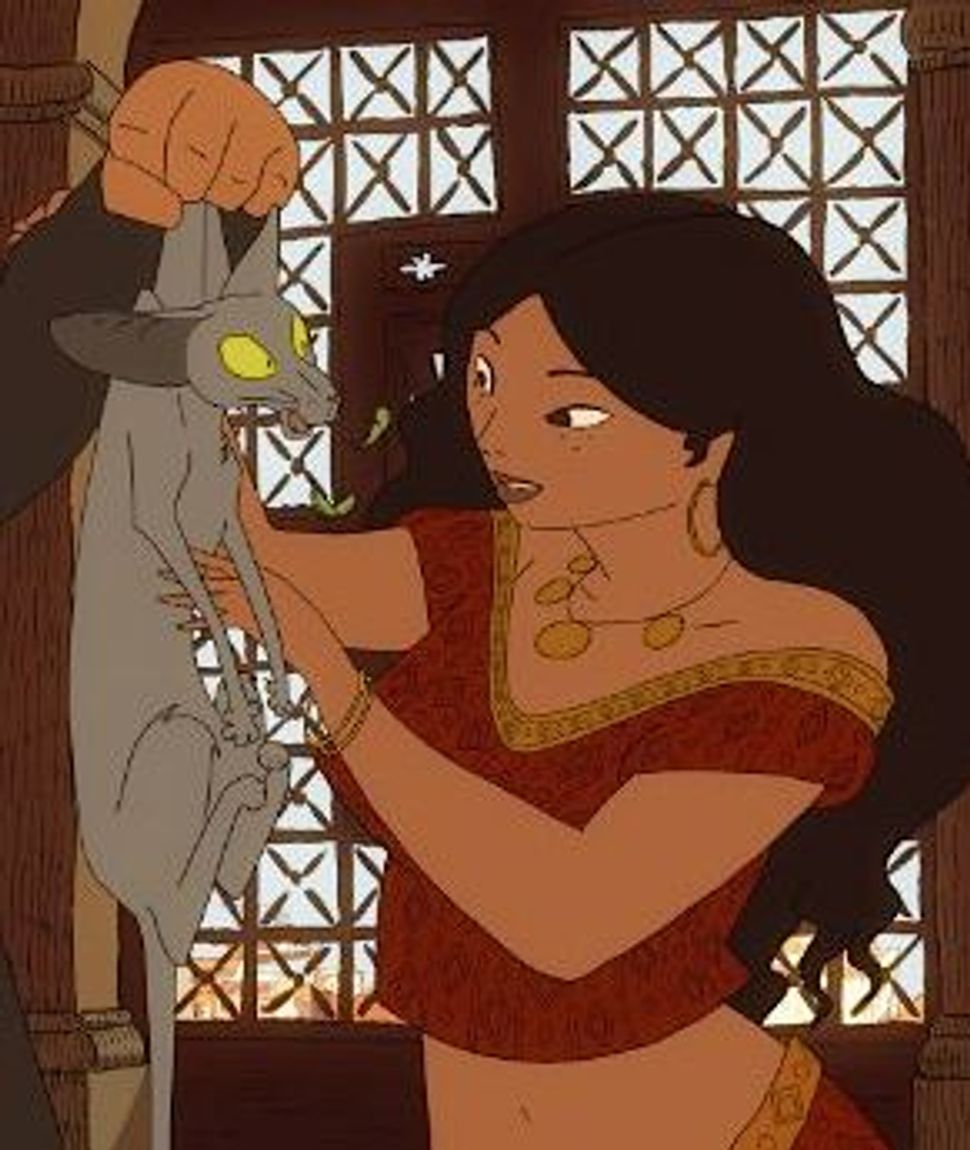 What happens when a cat eats a parrot? Obviously, it gains the ability to speak. 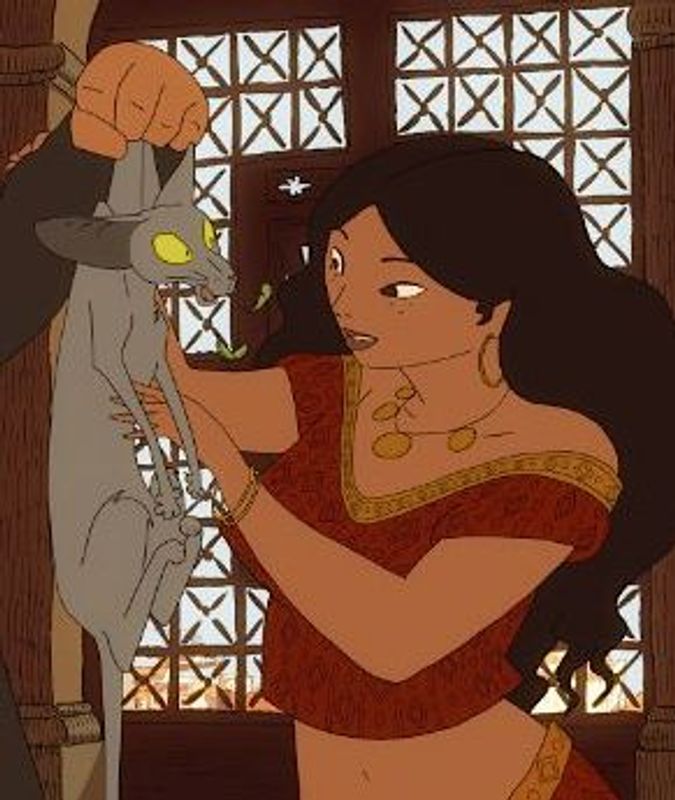 But what happens when it’s “The Rabbi’s Cat?” Clearly, you get an argumentative feline who takes on all comers, including his master. To add insult to injury, given the current troubles between Israel and Iran, it appears to be a Persian.

The film, in French with English subtitles, is based on a popular series of graphic novels by Joann Sfar, who also co-directed the movie. It is set in Algiers in the 1930s, at that time a bustling metropolis with large European, Jewish and Arab populations.

The rabbi of the title, named Sfar, has a lot going on in his life. A widower with a teenage daughter, he needs to pass a government-mandated French language test or lose his title. He can’t stop at many local cafes, because they don’t serve Arabs or Jews. A cousin with a pet lion visits. Another cousin, Sheik Sfar, is a wise imam. A large box from the Soviet Union arrives containing a Jew escaping pogroms. And then there is the adventure they — the Russian, the Sheik, the rabbi and his cat — embark on, in search of a mythical city of Jerusalem and the lost tribe of black Jews from Ethiopia.

There’s an awful lot on the plate here — too much. That’s the film’s problem. There are several volumes in the “Rabbi’s Cat” series, and Sfar decided to combine them for the film. He felt that would reinforce his message of tolerance. But it actually diluted it.

For example, Malka, the cousin with the lion, is at the center of his own book, but is only a peripheral character here, disturbing the flow of the film.

Sfar would have been better off spending more time on the main idea — the rabbi and his cat. After eating the parrot, the cat decides it is Jewish and wants a bar mitzvah. The idea is ludicrously funny, except the cat is not only maddening but also wise.

When the rabbi talks to him about the Torah and how God created the world just over 5,700 years ago, it is the feline who points out, “that’s ridiculous. Carbon dating has proved he world is billions of years old.”

It is this interplay between the cat and the rabbi that adds zest. A scene in which a racist describes the way to draw Africans is noble, but unnecessary.

We may or may not believe it, but we get the message.

“The Rabbi’s Cat” opens in New York December 7, in Los Angeles next month, and in other cities to follow.

Watch the trailer for ‘The Rabbi’s Cat’: