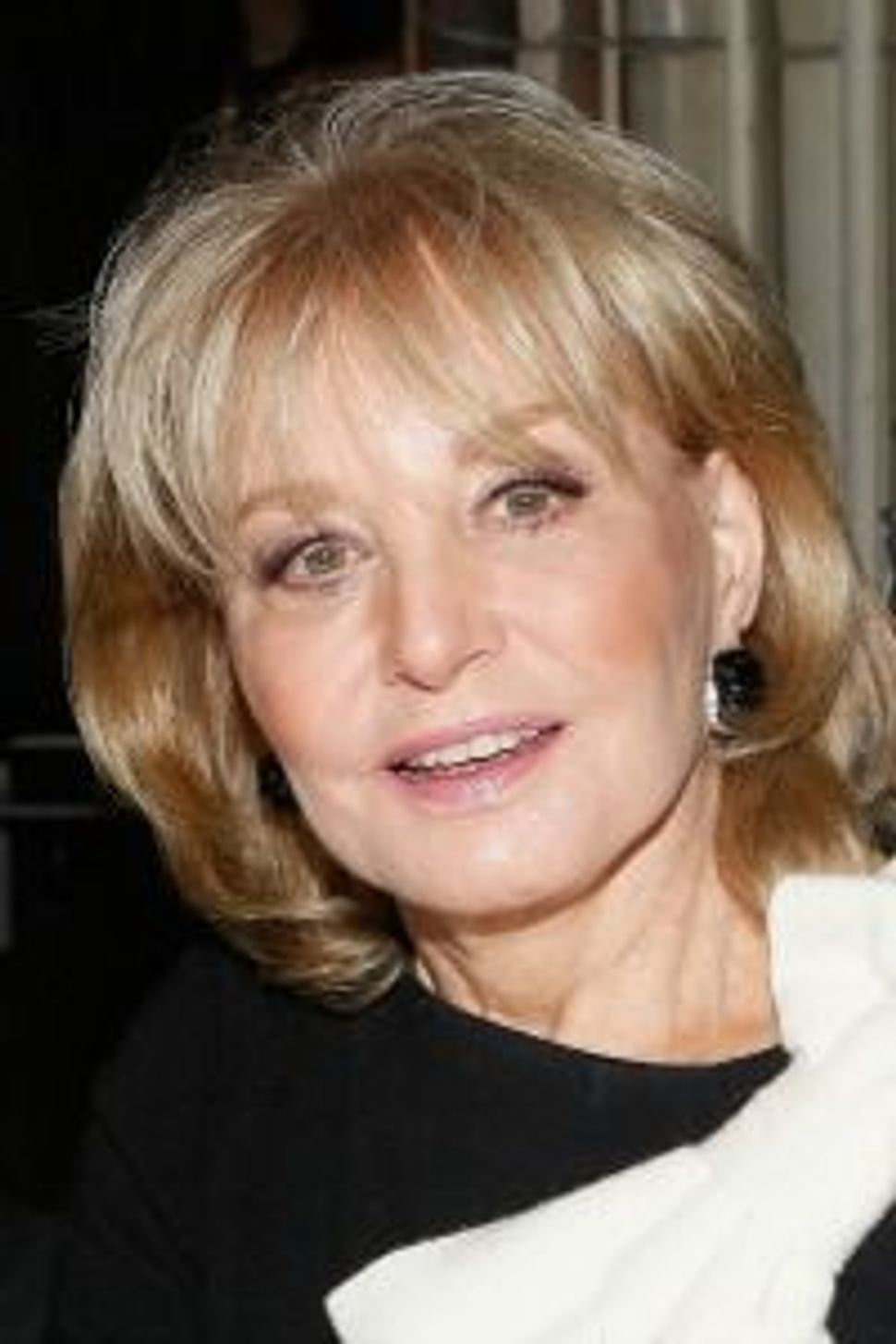 Barbara Walters got a little candid about her sexual preferences as she told her “The View” co-hosts about her interview with E.L. James, “Fifty Shads of Grey” author.

Lena Dunham may be all lovey-dovey with her indie rocker boyfriend Jack Antonoff (the paps caught the two smooching in public in Hollywood this past weekend), but she is playing it tough with Gawker. The “Girls” showrunner had her lawyer demand that the website remove the contents of her book proposal, which it had previously published.

And while we are on the topic of “Girls,” the soundtrack for the show’s first season is now available. Read the track list here.

Lea Michele is on the cover of Marie Claire. In an article inside, she brushes off ) diva rumors and calls her breasts “my prizewinners.”

Jonathan Lipnicki celebrated his 22nd birthday in Sin City and posed with a scantily clad cocktail waitress to preserve the moment.

Adam Lambert teamed up with Cyndi Lauper on stage at the latter’s holiday benefit show at New York’s Beacon Theater. Watch this video of their duet rendition of “Mad World” by Tears For Fears. In the meantime, Lambert has reiterated that despite all the recent gains for gay marriage, it’s not something he is thinking about for himself.

Dustin Hoffman planted a big smooch on the mouth of Niall Horan of One Direction. The 75-year-old actor-director appeared on the Late Show with David Letterman alongside the hot boy band. Hoffman first covered Horan’s mouth with his hand, and also warned the 19-year-old singer he was going to do the gag kiss.

Barbra Streisand says she never actually watched on of her movies. Try to guess which one it was (hint: it was a really bad film), and then click here to see if you are right.

For those of you who can’t wait until Judd Apatow’s “This is 40” (starring Paul Rudd and Jason Segel) is out in theaters on December 21, here is a red band trailer — that means it’s for adult eyes only.

Fans of more mature actors may be anticipating the release of “Stand Up Guys” with Al Pacino, Christopher Walken and Alan Arkin. According to the movie’s official synopsis, “despite their age, their capacity for mayhem is still very much alive and well — bullets fly as they make a hilariously valiant effort to compensate for the decades of crime, drugs and sex they’ve missed.” Here’s a clip from the action-comedy caper opening on December 14 in New York and L.A.

David Duchovny was courtside at a NY Knicks game with his kid Kyd (yes, Kyd is the kid’s name).