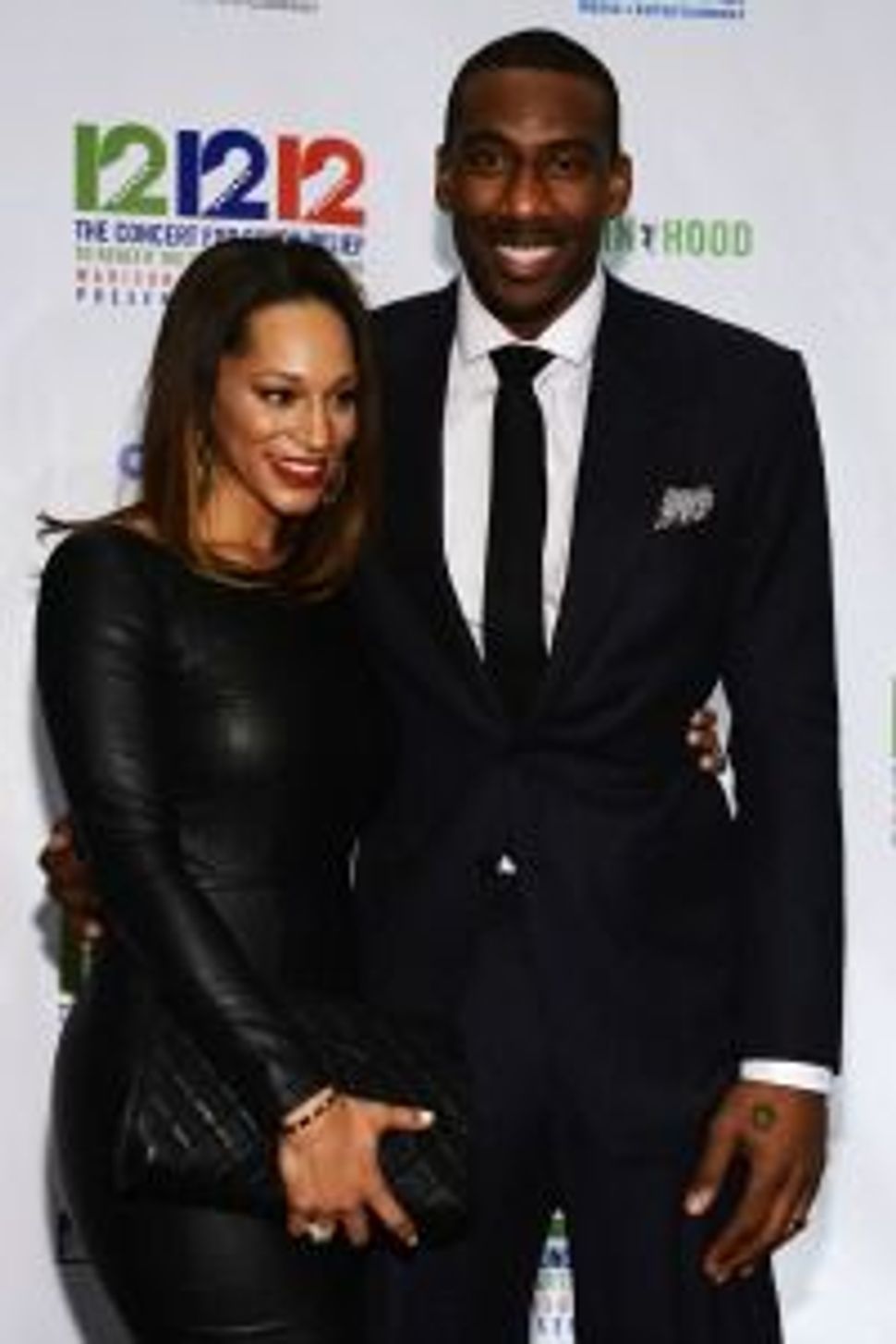 Amar’e Stoudemire married his longtime fiancée Alexis Welch in a private 12.12.12 wedding. The Knicks player, who has Jewish roots and has visited Israel, wore a tallit and kippah for the ceremony.

Mandy Patinkin is the man of the hour, what with his Golden Globe nomination, the buzz about his saying Kaddish on last night’s Homeland season finale,, and his over-the-top reaction to a TV host’s rushing out of an interview with him to attend the birth of his first child.

All this time we’ve been kvelling about Olympic gymnastics champion Aly Raisman, we didn’t even know that her teammate Gabby Douglas has some Judaism in her past. You can read all about it in her new memoir, “Grace, Gold, and Glory: My Leap of Faith.”

Yay! The super-talented young Carly Rose Sonenclar has been chosen as one of the final three contestants on “The X Factor”!

Sarah Silverman exhorts men to be “Bro-choice” in this new PSA for the Draw the Line campaign working to collect signatures for its Bill of Reproductive Rights.

Looking for some holiday make-up tips? Scarlett Johansson is happy to give you some. And Kate Hudson tells you how she maintains her youthful glow.

And speaking of Kate Hudson, she and her mom Goldie Hawn may be celebrity MOTs, but they apparently get together every year to celebrate a “very traditional Christmas.”

Two hit-and-run misdemeanor charges against Amanda Bynes have been dropped.

As Adam Lambert prepared to host “VH1 Divas” on Sunday night, he made sure to remind us that men can be divas, too.

Hanukkah may be over, but it is not too late to watch this video of characters Puck and Jake enthusiastically performing “Oh Hanukkah” on Glee.

In case you missed it, here’s a good interview on NPR with Orthodox Jewish British singer Alex Clare, who was dumped by a record label because he doesn’t roll on Shabbos.

If you didn’t read Sunday’s New York Times Magazine, then you missed: Joy Behar confirming that she is Italian but looks like Bette Midler and likes to use Yiddish words; Joan Rivers giving advice on how to entertain your guests at a holiday dinner; and Mark Feuerstein telling Dave Itzkoff (for “The Big Profile”) that he comes “from a long line of shvitzers.”

If you’ve ever wondered whom Billboard would name as the top 30 Jewish musicians, wonder no more. Here’s the list.

Hugh Grant admits Jon Stewart was right to call him a complete pain in the you-know-what for the way he acted when he was a guest on The Daily Show back in 2009.

In celeb sightings we have: Lea Michele looking like she overdid the spray tan; sporty Chelsea Handler playing ping-pong; Bethenny Frankel out for a stroll with her family amid rumors of marital woes; and health and weight conscious Gwyneth Paltrow stuffing her mouth with marshmallows to humor her friend celebrity chef Jamie Oliver.