Jerry Seinfeld Stands Up to Test of Time 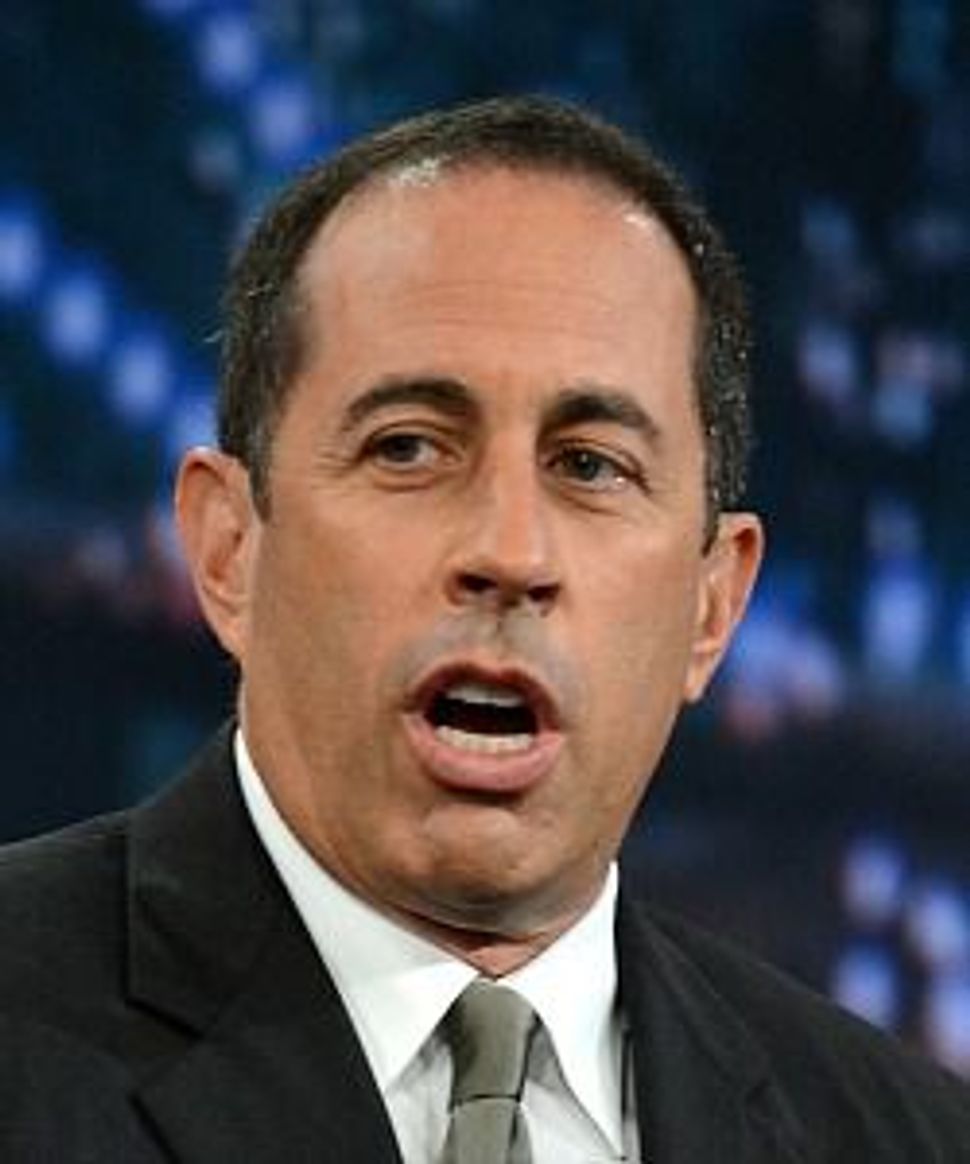 That’s the takeaway from this weekend’s New York Times magazine profile in which Seinfeld shares his writing process (including his notes) and talks spirituality with the Times’s Jonah Weiner.

Seinfeld describes growing up on Long Island in a “pretty Jewish” family that went to temple and kept kosher. Despite forays into Zen Buddhism, Scientology and transcendental meditation, Seinfeld told the Times he still identifies as Jewish.

“I was very flattered recently to hear about a Nazi rally in Florida where they took DVDs of (my) show, sprayed swastikas on them and threw them through the windows of a synagogue,” he said. “That was nice.”

The impact of Seinfeld’s long-running sitcom on comedy, Weiner writes, is still felt in more contemporary shows like “The Office,” “Arrested Development” and “It’s Always Sunny in Philadelphia.”

The Twitter account @SeinfeldToday, run by Josh Gondelman and BuzzFeed’s Jack Moore, also speaks to Seinfeld’s lasting influence. The pair post tweets that answer the question: “What if Seinfeld was still on the air?”

Some choice Tweets: Jerry goes to temple with Amar’e Stoudemire, Elaine tries to dance Gangnam Style, George becomes a Nets fan, Kramer accidentally restarts the Occupy movement and Newman attempts to become the most hateful YouTube commenter of all time.

From the Times, here’s Jerry Seinfeld on [How to Write a Joke](

Jerry Seinfeld Stands Up to Test of Time