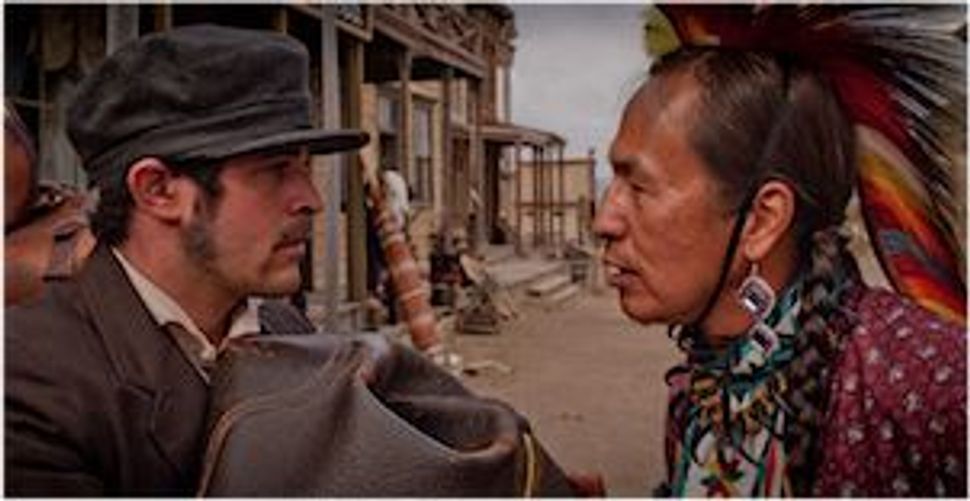 There were many 19th-century Jewish immigrants to the United States who made their way to the Wild West to seek their fortunes. But only one, Solomon Bibo, became the governor of a Native American tribe. The Indians called him Don Solomono; for filmmaker Paul Ratner, he is “Moses on the Mesa.” 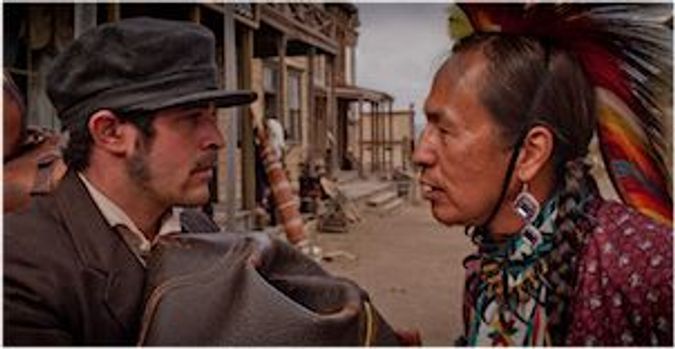 Ratner, a 35-year-old recipient of a Six Points Fellowship for Emerging Jewish Artists, discovered this obscure piece of Jewish history while visiting his parents in Albuquerque, New Mexico and he was determined to make a film about it. “I’d heard about the story for years and had visited the Acoma Pueblo up on the mesa several times,” he told The Arty Semite. “I was surprised that nobody had researched it or talked about it more.”

Ratner, himself an immigrant to the United States (he arrived from the Former Soviet Union at age 13), was fascinated by Bibo, who set sail for New York from Bremen, Germany in October 1869. Shortly after, Bibo, only 16 at the time, continued on to Santa Fe to join his older brothers and family friends.

Bibo quickly adapted to his new surroundings and became a successful trader. Most important, he knew how to effectively interact with the different populations he encountered — the “Anglos,” the Native Americans, and the Mexicans. Bibo and his brothers learned the languages of the local Acomas, Zunis and Lagunas, becoming leading traders with these native peoples.

Bibo allied himself closely with the Acomas and fought on their behalf with the government and neighboring tribes to protect their territorial rights. Eventually, he fell in love with and married Juana Valle, the Native American granddaughter of the former Acoma governor. Soon after, the Acomas petitioned the government to appoint Bibo — a white man and a Jew — as the tribe’s governor. Bibo served as Acoma governor from 1885 until 1889, the only non-Native American ever to serve as the chief of an Indian pueblo.

At that point, Bibo decided to move his family to San Francisco so his and Juana’s six children could be given a proper Jewish education. Although San Francisco remained his primary residence, Bibo returned every year to Acoma Pueblo. Bibo, who died in 1934, and his wife, who died in 1941, were members of Temple Emanu-El and are buried in the congregation’s cemetery in Colma, California. The Bibo family name remains prominent in New Mexico.

Ratner presents some of these biographical highlights of Bibo’s life in “Moses on the Mesa.” The 18-minute film, shot on location on and near Acoma land, is an informative collection of dramatic vignettes, but lacks any compelling narrative arc. Ratner says his goal is to develop “Moses on the Mesa” into a feature film. “That’s the only way to bring out the complexity of the story,” he said.

“The greatest challenge is to be as historically accurate as possible,” he added. “I want to do justice to the this story that really happened. Real people were involved here.”

No one knows this better than the 15 Bibo descendants who were in the audience at the film’s premiere screening on December 6 at San Francisco’s Jewish Community Library. Terry Seligman, 66, for whom Solomon Bibo was a great-great uncle, got the word out about the screening through a family Facebook page, and cousins from Nashville, Houston, Pennsylvania and various locations around the Bay Area showed up. It was a family reunion of sorts, with some of the relatives meeting for the first time.

Seligman liked the film. “It was true to everything I knew about Solomon Bibo,” she said. “But I learned some new details I was not previously aware of, especially about his relationship with the Acoma people.”

Watch the trailer for ‘Moses on the Mesa’:

“Moses on the Mesa” trailer from New Spirit Cinema on Vimeo.