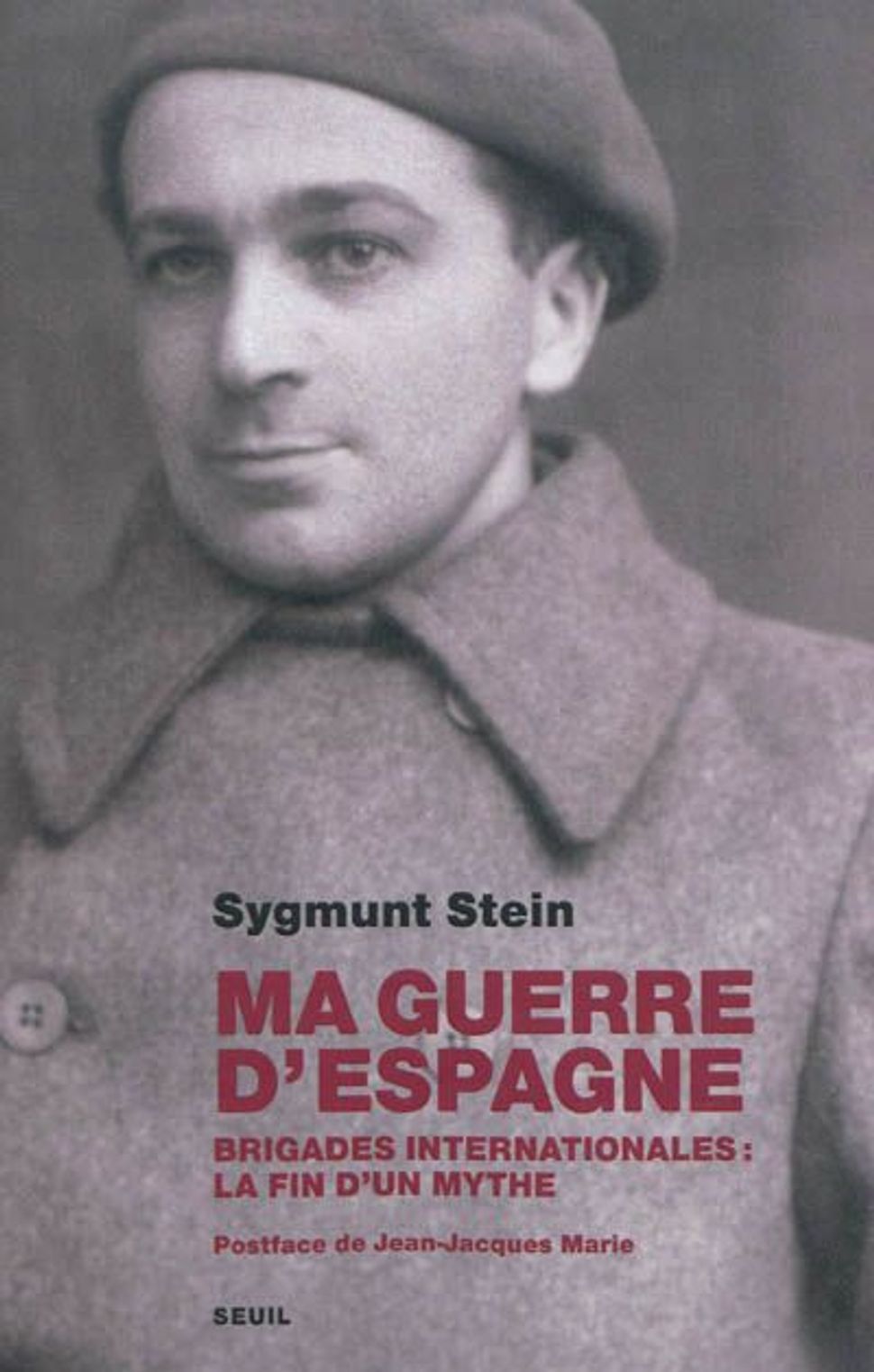 Sygmunt Stein, a humble Paris button-maker of Polish-Jewish origin, left a compelling account of his volunteer service fighting Fascism during the Spanish Civil War. Stein (1899-1968) first published his recollections in 1950s articles in the Yiddish “Forverts,” as prepared for publication by the paper’s then-Paris correspondent, Avrom (Abraham) Shulman, better known by the pen name “Avromtshe.”

In 1961, publication in book form followed, as “der Birger-ḳrig in Shpanye.” One reader, author and bund worker Nahum Khanin (1885-1965) lauded Stein’s story as a “terrifying human document.” This text has finally been translated into French in an edition supervised by Stein’s daughter Odette. “My Spanish War: Ending the Myth of the International Brigades” was published by Les éditions du Seuil. Translated by Marina Alexeeva-Antipov, “My Spanish War” recounts in a tartly ironic prose style Stein’s political disillusionment with Stalinism.

At first, although repelled by Soviet purges and show trials, Stein believed, as did other Jewish volunteers, that by personally combatting Fascism in Spain, he would hasten the establishment of a Jewish state. Much aware of The Spanish Expulsion and the Inquisition, Stein experienced “mystical trembling” at the thought that “450 years before, Spanish reactionaries hounded Jewish dwellers from this land. Now, centuries later, a small group of great-grandchildren of these Jews returned to settle a score with their former torturers.” Asked to produce a Yiddish newsletter for Jewish troops, Stein soon discovered that since the Inquisition, no printing press with Hebrew characters could be found in all of Spain.

An even more troubling discovery was the “Communists’ brutality and indifference to human life,” which became clear when in his regiment, Jewish soldiers were arbitrarily executed by their own commanders or sent on suicide missions following trumped-up charges of disloyalty. With typical cynicism, the Soviets would print counterfeit texts supposedly written by the parents of these just-murdered soldiers, stating how “proud” and “happy” they were that their offspring died for freedom. Even La Pasionaria (Dolores Ibárruri), the legendary woman warrior of the Spanish Republic, turned out to be a disappointment when Stein met her. He quickly realized that La Pasionaria was an ignoramus, “knowing absolutely nothing about Jews or her own country, where Jews once played a highly important role. [La Pasionaria] was unaware of the history of the Spanish Inquisition, and didn’t even know that Fascism, which she fought, was based on ferocious anti-Semitism.” Stein’s “My Spanish War” is key historical testimony, vigorously written and overdue for English translation.