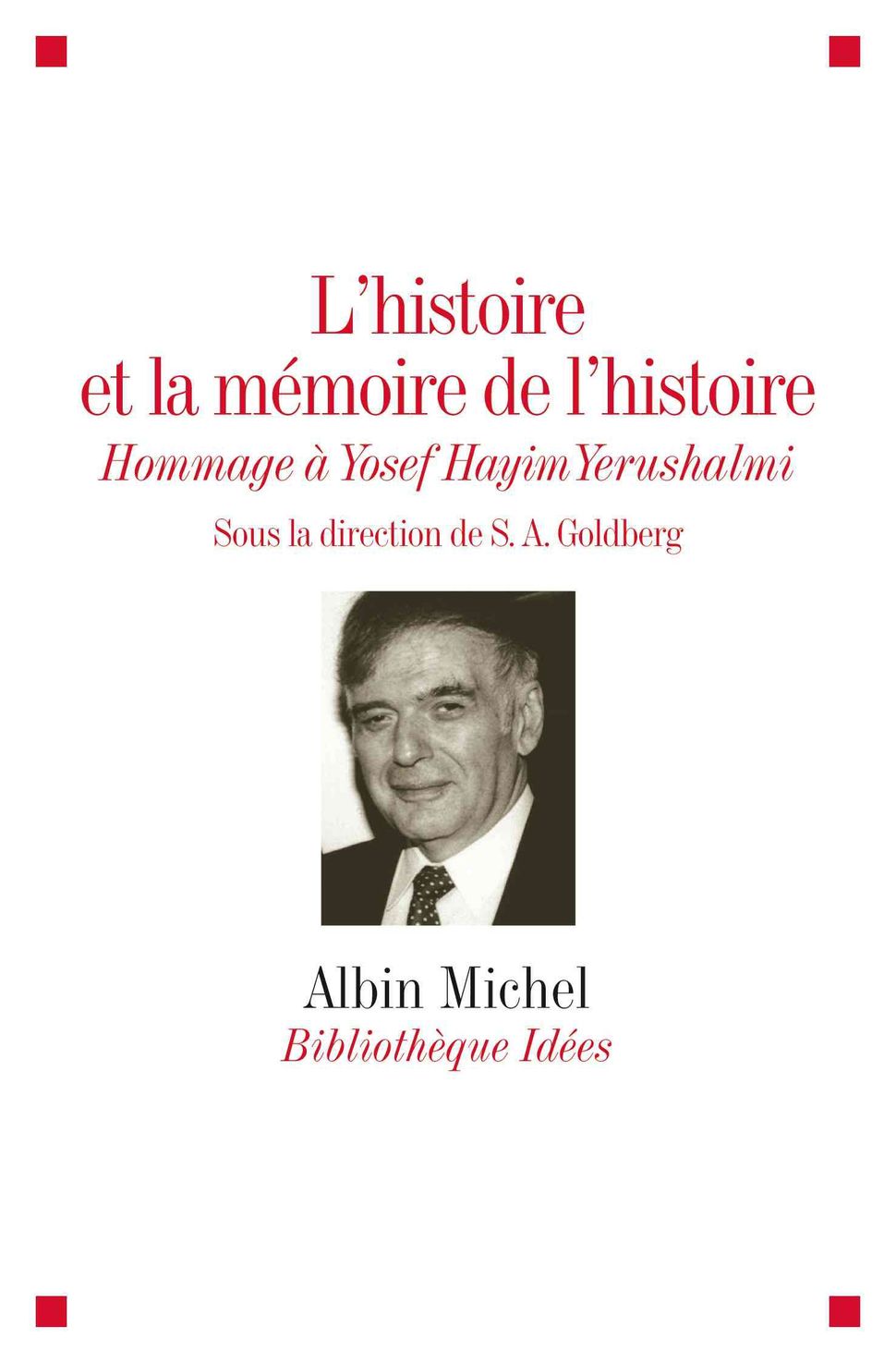 The American historian Yosef Hayim Yerushalmi, who died at age 77 in 2009 was author of “Zakhor: Jewish History and Jewish Memory”; “Freud’s Moses: Judaism Terminable and Interminable”; and “Haggadah and History,” among other key texts.

Yerushalmi was particularly appreciated in France, where Sylvie Anne Goldberg of l’École des Hautes Études organized a 2011 colloquium in his honor and produced two new homages published by Éditions Albin Michel: “History and the Memory of History”, articles from the colloquium, and “Transmitting Jewish History: Conversations with Sylvie Anne Goldberg.”. Goldberg explains that their exchanges were conducted in “Hebrew, English, and French” starting in 1987, although plans for a book began in earnest only around 2004. Getting to know Yerushalmi the man turns out to be enchanting, and “Transmitting Jewish History” contains some surprises. Among these is his admiration for the Dutch historian Johan Huizinga, author of “The Autumn of the Middle Ages” as the “first person who gave [Yerushalmi] the desire to become a historian like him.”

Yerushalmi chose his profession around age twenty; during a visit to Boston’s Museum of Fine Arts, he was struck by the title of Paul Gauguin’s painting “Where Do We Come From? What Are We? Where Are We Going?” Answering the questions in this title became of great significance to the budding historian. Like Jorge Luis Borges, whom he cites, Yerushalmi’s devotion to books as a reader and collector makes some pages seem like the pronouncements of a disembodied Borgesian paragon who sees history as a text and even aspires to be a text himself.

A powerful advocate of the moral duty of historians, Yerushalmi nonetheless confesses to enjoying the historical fantasy of the stage and screen versions of Peter Shaffer’s “Amadeus.”. There are also comic episodes, such as during a sabbatical year in Israel when Yerushalmi decides to consult an eminent Jungian analyst, Rivkah Scharf-Kluger, who sat with him, practicing I Ching divination in the Jungian style. Yerushalmi admits to asking himself: “What the heck are you doing, sitting on the floor of a Haifa apartment, throwing coins in the air in the company of an old lady?” His sense of the absurd also relishes a translation into Yiddish by Saul Bellow and Isaac Rosenfeld of T.S. Eliot’s “The Love Song of J. Alfred Prufrock” (“Der shir hashirim fun Mendl Pumshtok”), although Yerushalmi misattributes it to Bellow and sociologist Daniel Bell. On these and more profound questions, Yerushalmi enlightens and delights.

Watch a Paris tribute to Yerushalmi here and here.

And listen to the historian’s wife, the pianist Ophra Yerushalmi, a student of Claudio Arrau, perform Manuel de Falla’s “Nights in the Gardens of Spain” in 1976 with the MIT Symphony Orchestra led by David Epstein here.