Playing Both Sides of the Green Line 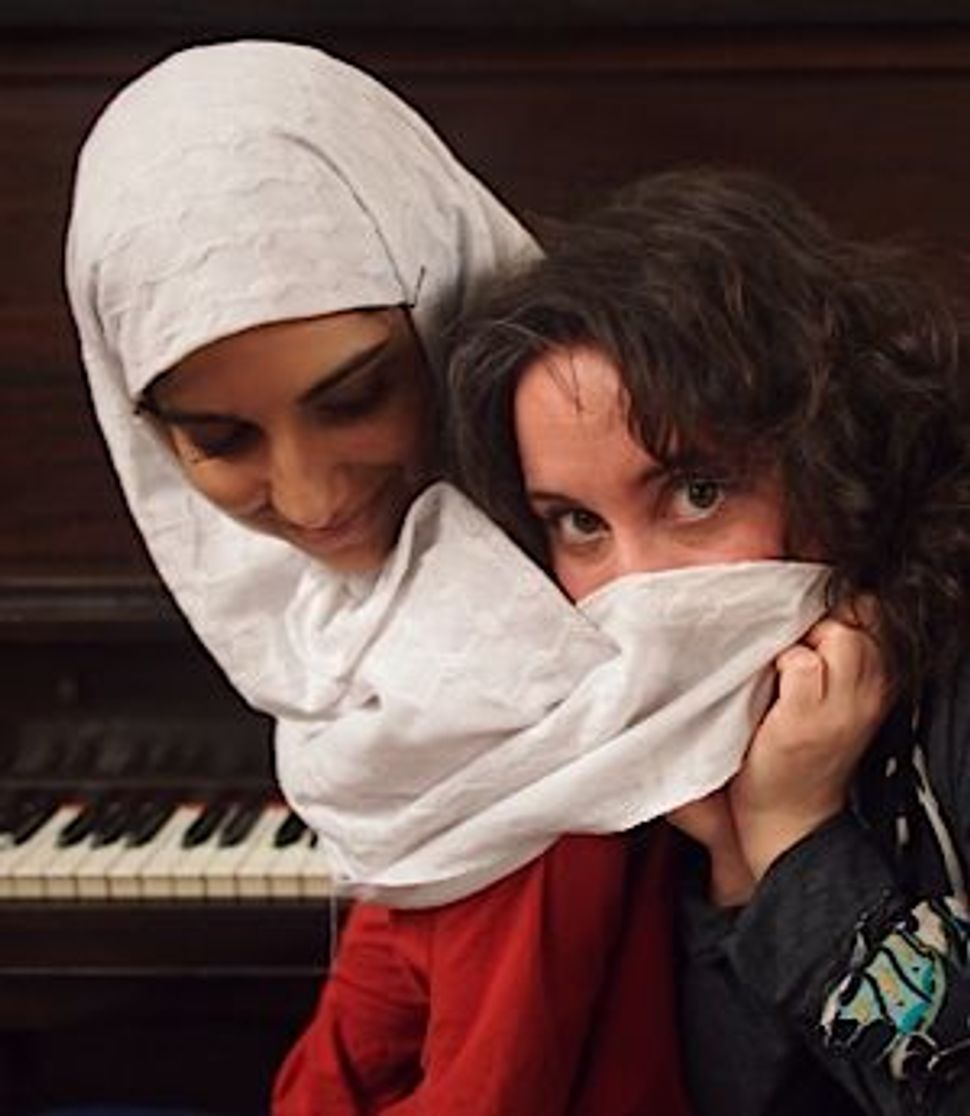 Dora-winning actress Natasha Greenblatt went on a Birthright Israel trip in early 2009, just following Operation Cast Lead, and stayed on for a couple of months to volunteer in Nablus, in the northern West Bank. While there, the Torontonian heard about an Israeli-Palestinian woman who had brought a group of Palestinian children across the Green Line to play a concert for an audience of elderly Israelis. 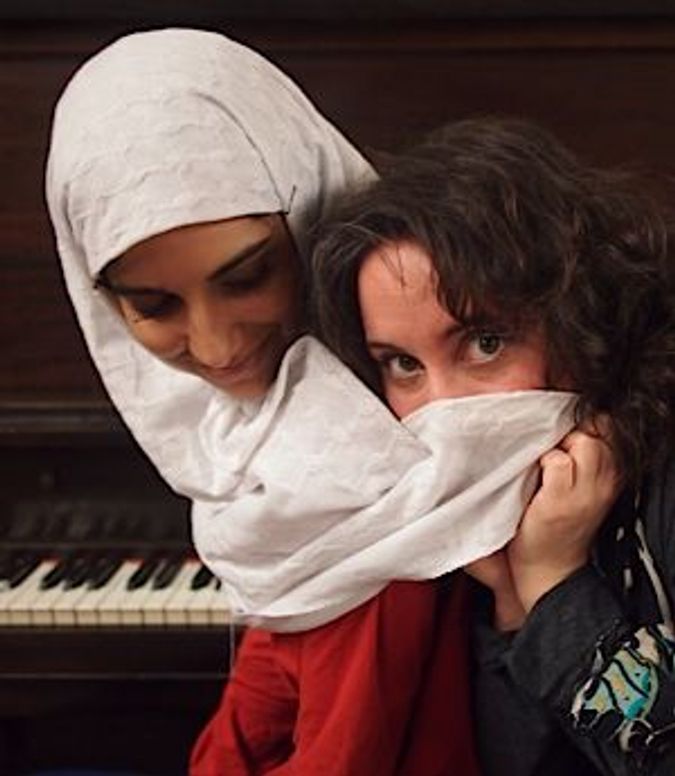 Greenblatt, 28, could not get the story out of her head, and it became the inspiration for her first full-length play. Now, “The Peace Maker” is having its debut run at Toronto’s Next Stage Festival until January 13.

“It’s about a young woman named Sophie [played by Rebecca Auerbach] who goes on Birthright and volunteers at a music center in the West Bank and gets the idea to bring Palestinian kids to play for Holocaust survivors in Israel,” the playwright told The Arty Semite by phone. “She ends up making the Palestinian community angry, because they feel she is undermining their struggle against Israel.” Sophie also gets grief from Israelis. “Basically, she screws up despite having had the best intentions,” Greenblatt said.

Greenblatt acknowledged that she is not the first Canadian playwright to try and tackle the Israeli-Palestinian conflict. (Jonathan Garfinkel’s “House of Many Tongues” was nominated for a 2011 Governor General’s Literary Award). “It’s a tricky subject for a playwright,” she reflected. “I don’t villainize, but I stay authentic to what I saw there. I had some serious questions about the politics of the conflict, and I was there to learn.”

Michael Rubenfeld, one of the cast’s six actors and seven musicians, plays the Israeli guide for Sophie’s Birthright group. “I play an oleh from New York who is a religious Zionist, a lover of Israel and a believer in its right to exist and protect itself,” he said by phone. “My character is essentially the Israeli voice of the piece.”

Rubenfeld explained that most of the action takes place in the West Bank, with flashbacks to the Birthright trip. Consequently, “my role is not huge in terms of space and time on stage,” he said. “But it is extraordinarily relevant because it presents a more Zionist perspective. I fought hard for my character, which I think gives the play complexity in dealing with a situation that is not black-and-white.”

Rubenfeld commended Greenblatt for taking on the Palestinian-Israeli conflict. The actor characterized “The Peace Maker” as being critical of Israel, but not as a work that asks you to take sides. “Writing a play about the Middle East is an impossible task,” he said. “The value of this piece is that it exposes the ignorance audiences have unless they are well-informed on the issue.”

“It’s important for me, as a Canadian Jewish artist to talk about Israel, especially since I have been on both sides of the wall,” Greenblatt said. “I am part of a generation of artists struggling to tackle what it means to have a Jewish identity while looking at Israel in a challenging and critical way.”

Playing Both Sides of the Green Line