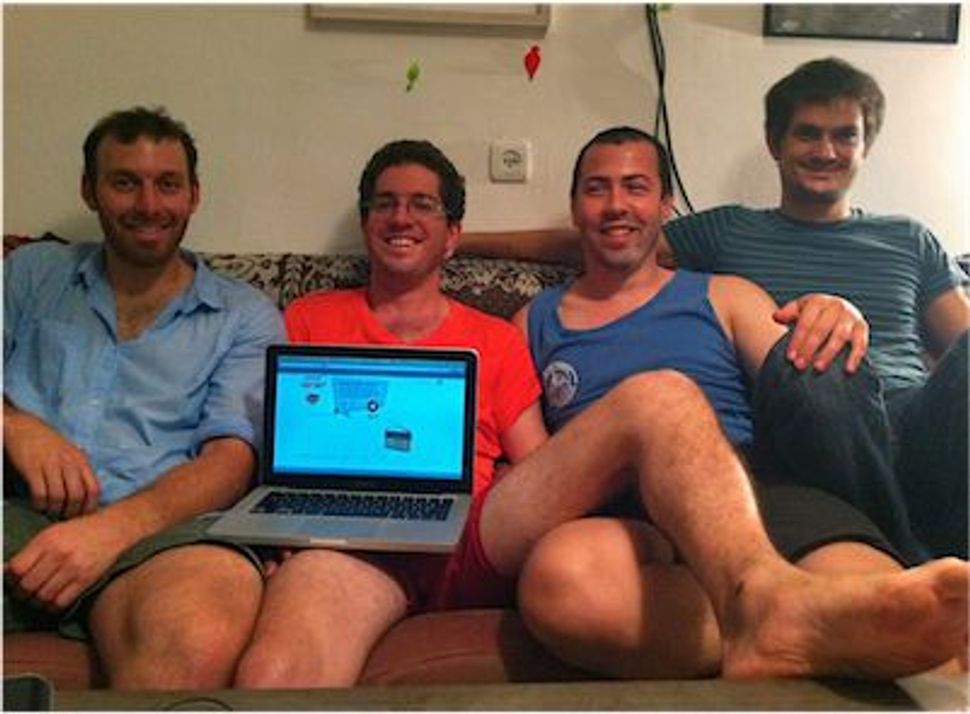 A young Israeli grad student named Mishy holds up a cardboard sign that says “anywhere” as he hitchhikes out of Cambridge, England. He catches a ride with a Gypsy family bound for the ferry to France. In the vessel’s cafeteria Mishy meets a truck driver name Vladimir who agrees to take him to Spain. Only, when they start driving Vladimir neglects to make the turn into Belgium and informs Mishy, “No Spain, Ukraine.” At the Slovenian-Ukrainian border the two are arrested for smuggling counterfeit Barbie dolls. Sounds like it could be a story on the wildly popular public radio show “This American Life,” doesn’t it? 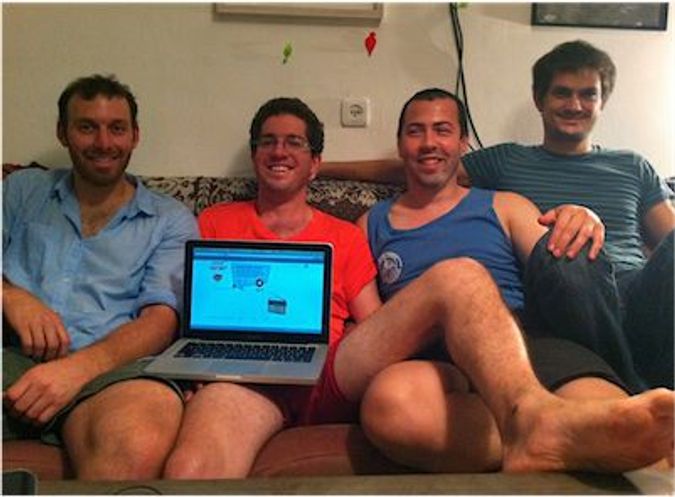 It’s not. But it may end up being told — and broadcast — on “Israel Story,” a new program on Israel’s Army Radio. The similarity to “This American Life” (TAL) is no accident. Mishy Harman, the guy bound for “anywhere,” is the driving force behind the new show. And he makes no secret of the fact that he’s a huge fan of Ira Glass and company.

Harman was hipped to TAL by another Israeli, Ro’ee Gilron, who attended Brandeis University. After graduate school, Harman completed a teaching stint at Harvard and commenced a 13,000-mile road trip around the United States with his dog Neomi. He and the pooch (a Hungarian hunting dog known as a Vizsla) took along 200 episodes of TAL that Gilron downloaded for them. Harman was blown away by the TAL collection.

“It became totally clear to me that this was going to be our next project,” he told The Arty Semite.

Harman is now back in Israel attending graduate school again and writing a biography of the Swiss missionary Samuel Gobat, who tried to convert Ethiopian Jews in the mid-19th Century. But somehow he finds time to work on “Israel Story” along with Gilron, Yochai Maital and Shai Satran. All four of the budding radio producers are pals from Noam, a Conservative movement youth group.

Harman and his compatriots sought out Nancy Updike, the veteran TAL producer. She arranged a meeting with Ira Glass in New York.

“He was a little bit less excited than I was, obviously. I don’t know if he really thought that we were for real or not,” Harman said of the meeting with Glass at TAL’s Manhattan headquarters.

The first four episodes of “Israel Story” were broadcast in Israel in early December following Harman’s ambush of Army Radio’s director at a public appearance.

“I love that they’re doing this. It’s hugely flattering,” Ira Glass told The Arty Semite. “I love hearing this thing that’s recognizably our show — the pacing, the tone, the music — but in another language. I have no idea whether they’re doing a good job or not.” Glass said the Hebrew he learned at his Hebrew School in suburban Baltimore did not leave him with the ability to comprehend much more than the blessings for wine and candles.

Glass asked Adam Davidson, a member of NPR’s Planet Money team and a Jew with a somewhat better command of Hebrew, to give a listen to “Israel Story.”

“He wrote me a note saying that he listened to a few and he thought they were awesome,” Glass told The Arty Semite. But apparently Davidson declared that his Hebrew was “good enough to understand the general gist [of the broadcasts] and bad enough to always miss the crucial surprise.”

The Israeli writer Etgar Keret has contributed to TAL and is a fan of “Israel Story.”

“I admire curiousity and love radio. That’s why I’ve always loved ‘This American life’ and why I became an avid listener to ‘Israeli story,’” Keret told The Arty Semite. “The idea of trying to make an Israeli version of ‘This American Life’ is one of those easier-said-than-done ideas. It is a bit like saying ‘Let’s start an NBA team in Israel.’ You need a lot of talent for that and luckily Mishy and his partners have what it takes to tell an intelligent story in an accesiable and non condensending way.”

Harman says he and his team will produce a total of 12 shows in the first season, which will air in its entirety this summer on consecutive Friday afternoons. He thinks the 3 p.m. broadcasts are the best slot in the week because people are at home, cleaning their houses and preparing for the Sabbath. Harman says the “Israel Story” team may produce one show in English. Though the program is entirely in Hebrew, it’s launching an English language web site.

Taking a cue from another popular American public radio show, “Israel Story” held several story-telling evenings reminiscent of “The Moth.” The first one was on Harman’s apartment balcony in Jerusalem. Others were held in Tel Aviv, Beersheba and Haifa. A total of eight stories are told each evening and Harman says that typically “six are terrible, one is OK and one is good.”

At the one of two Tel Aviv story-telling evenings 97-year-old Ruth Dayan told a story about Jerusalem in the 1920s and an Israeli reality TV star told a story about vibrators. One of the best stories told live, Harman says, was about a teenager who lived in the oldest house in Jerusalem. It involved the teen’s dog, who got lost when its master was in middle school. He assumed his pooch was gone forever but three years later he got a phone call from someone in a nearby neighborhood who found the dog.

A Kickstarter campaign for the radio show, which receives no funding, is expected to launch in the coming weeks.