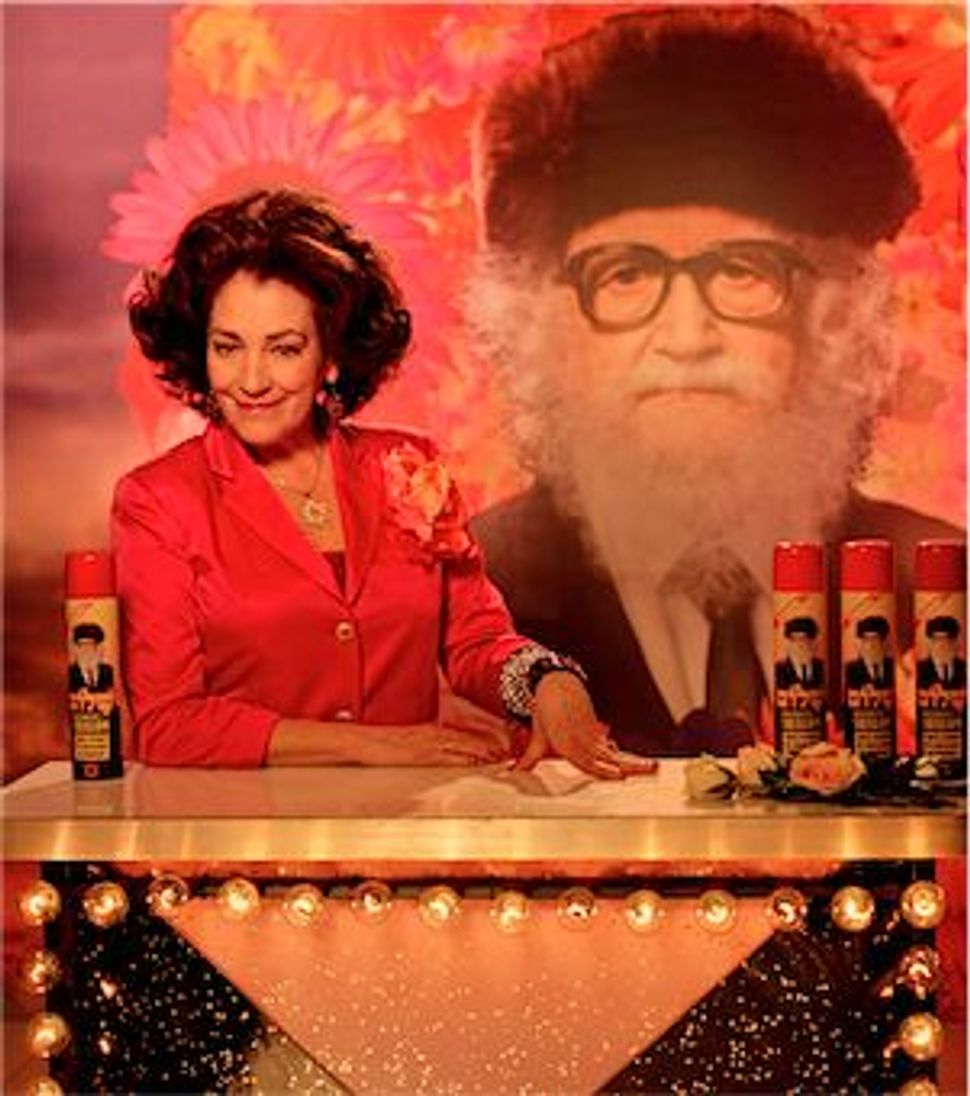 “Let My People Go!” opening January 11, has everything a Pedro Almodovar picture should have. Except Almodovar.

The journey, unfortunately, isn’t worth the schmaltzy payoff, which feels predictable from the film’s opening frames.

In a bucolic Finnish village, where fussy French transplant Ruben (Nicolas Maury) and beefy blond boyfriend Teemu (Jarkko Niemi) share a cozy cottage, the couple is starting what seems like another workday.

But after Ruben comes into a six-figure stash of Euros — and accidentally kills its intended recipient on his postal route — their lives unravel. Teemo, thinking Ruben a murderer, banishes him from their home; a shattered Ruben returns to his high-strung Jewish family in Paris. And chaos, as they say, ensues.

The family’s dry-cleaning business is a mess, with a constant queue of complaining customers. Mother Rachel (Maura) is a high-strung, jazzercising, asthmatic mess. Father Nathan (Truffaut regular Jean-Francois Stevenin) is a philandering cad who insists on introducing Ruben to his longtime mistress. Sister Irene (Amira Casar) is married to a has-been TV actor and full-time shoe salesman banished by his in-laws for comparing Israel to Nazi Germany. And brother Samuel (Clement Sibony) is a handsome, hot-headed Semite whose hair-trigger temper eventually lands the men of the family in jail.

By the time that happens — they’re sprung just in time for the Seder — Ruben will have bedded the family’s longtime lawyer, the elderly Maurice Goldberg (Jean-Luc Bideau); Irene will lose her home after her marriage collapses; and Teemo — through a credulity-straining plot twist — schleps to Paris after learning Ruben’s not a criminal after all.

In between, the film takes bites at French society, Jewish life and gay culture that feel weirdly toothless. Almodovar famously intersperses savage parodies of Spanish television in his films, with devastating results. Buch lacks the master’s touch for satire. Rachel’s dance class takes place at the Centre Sportif Golda Meir — so what? A woman gyrating next to her wears an “I (heart) Jerusalem” t-shirt. Big deal. And a dream-sequence TV commercial for “Rosenberg’s Shalom Jew-You Spray,” which makes Jews more Jewish, just seems obvious.

And when Ruben attends a gay club night called “Out of Egypt,” complete with guys in Moses and Pharaoh costumes, the effect is disappointingly tame. “I don’t like these sectarian parties,” one club-goer tells him. Like much of the film’s purported outrageousness, the sequence feels flabby and falls flat.

Performances go in the opposite direction. Maury turns Ruben into a flouncing, preening nuisance. Bideau plays Maurice Goldberg as a leering, lascivious cartoon. Maura acquits herself with dignity in a thankless role, while Sibony and Casar do their best with undercooked, two-dimensional parts.

It’s Teemu’s voyage to Paris that provides the film’s supposed emotional payoff; the Seder proceeds as planned, with an extra guest. By the time that happens, you’ll be wondering why it took 96 minutes, an army of characters, and a surplus of contrivances to get there.

Watch the trailer for ‘Let My People Go!’: