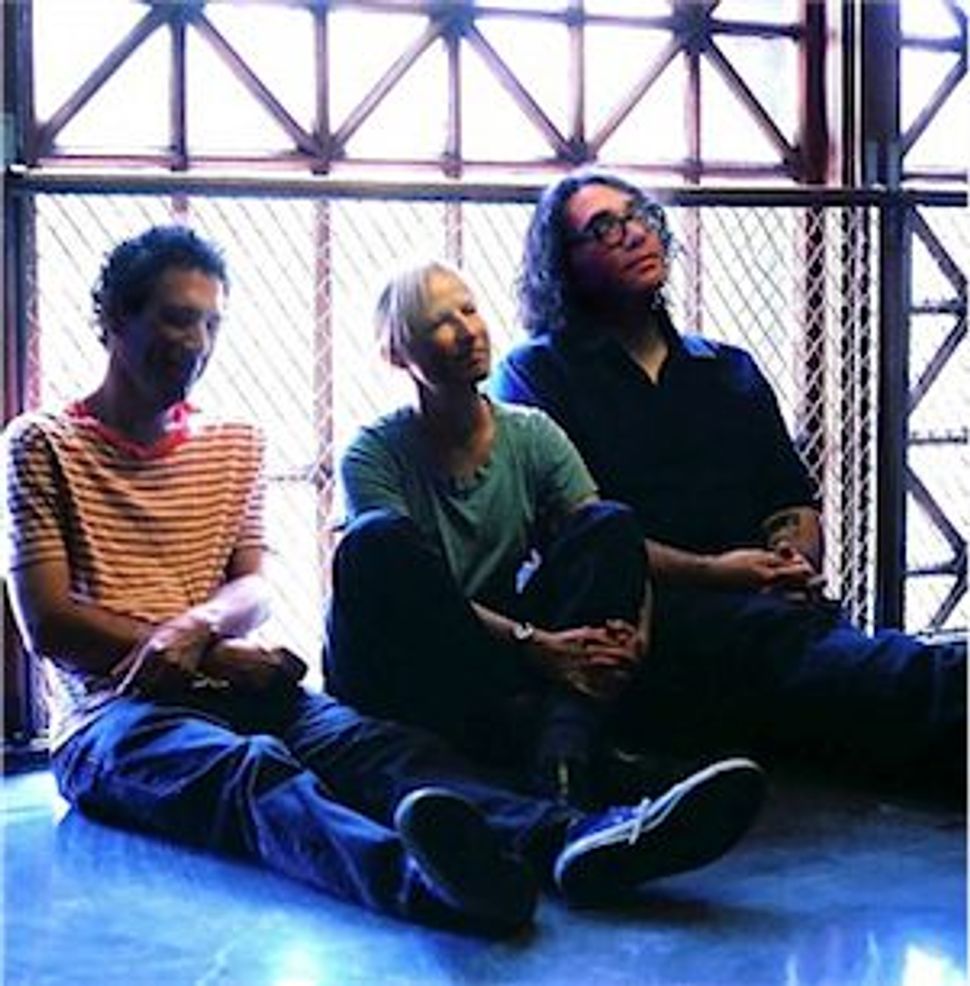 Image by Courtesy Yo La Tengo

The fuzzed out dulcet tones of Yo La Tengo ring out on “Fade,” the band’s 13th studio album in a long and storied career that stretches nearly 30 years. 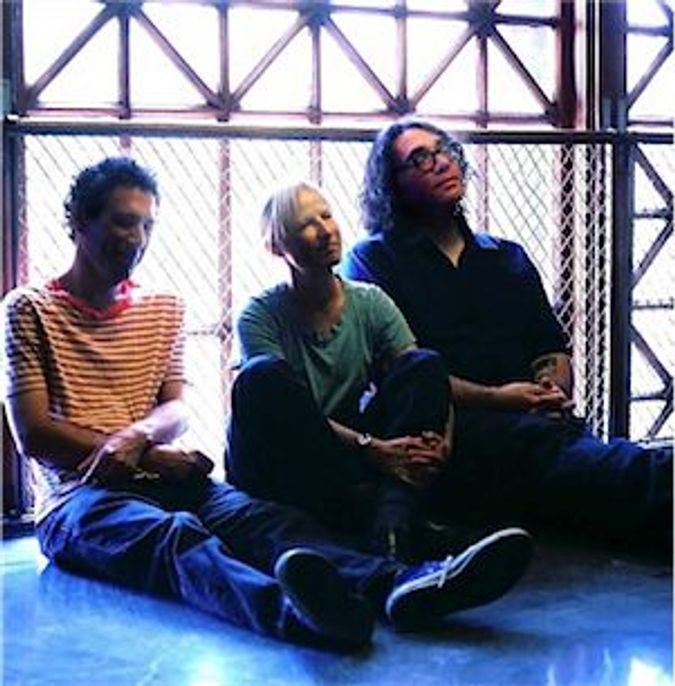 Image by Courtesy Yo La Tengo

Proudly hailing from Hoboken, New Jersey, the trio is composed of guitarist Ira Kaplan, his wife and drummer Georgia Hubley, and bassist James McNew, all of whom share singing duties.

A staple of the indie rock music scene, the band has a cavalcade of accomplishments under their belt, including several movie soundtracks, an outstanding record of philanthropy, and the rare honor of inventing their own Jewish holiday tradition.

Since 2001 the band has played all eight nights of Hanukkah at Maxwell’s, a small restaurant and music venue in their hometown, with a varied roster of music and comedy guests making special appearances each night. Each year the band plays fan favorites and covers of Jewish artists, donating all the profits from the concerts to charity.

A few days prior to the release of “Fade,” Kaplan spoke to The Arty Semite about the band’s annual holiday festivities, the joy of continuously making music, and not giving fans all the answers.

Laurie Kamens: How does it feel to have created a new holiday tradition with your annual Hanukkah shows?

Ira Kaplan: It feels great. The shows are a lot of work… the amount of effort that goes into them is definitely in the negative column, but there’s so much reward to them, both in the shows and in carving out a little tradition for ourselves. I know how much other people look forward to them, that’s a nice feeling, and then this year in particular we had already committed to them when [Hurricane] Sandy happened, so to know that we had this opportunity to contribute to the recovery, that was something that nobody in the group takes lightly, so we raised a bunch of money for people who really needed it.

How did the idea originate?

The idea was to start it slightly as a joke. I think we had been talking about doing something kind of party-related around the holidays, we’d refer to it as many people do as Christmas time, and at some point somebody finally said forget Christmas, we should play all eight nights of Hanukkah! And that idea was kind of funny… and challenging. It just seemed like it rang true for a variety of reasons that didn’t always get thoroughly examined.

This year the shows preceded the release of your 13th album, “Fade.” Do you find it challenging to be innovative on each successive record?

No. Something we have spoken about in the past is that if we put out a record that sounded exactly like our last one, even that itself would be new, so I’m not really worried about it. I think the goal is just to create things organically and the rest of it I’m confident will take care of itself. Whether it sounds like the past, unlike the past, or a combination of those two, that stuff just doesn’t enter into it very much.

What is the process of writing an album? Do all three of you write the songs together?

Yes. There’s one song on this record that began with one person. Frequently there will be a song or two that begins with somebody, but by and large most every song starts with the three of us just jamming and seeing what happens.

Much of the commentary that preceded the release of “Fade” is about the revealing nature of the lyrics focusing on aging and personal relationships. What is your take on the album’s themes?

I think that there’s a danger in answering questions too thoroughly. I’m the voice of authority so if I answer that question, you know the answer rather than figuring out for yourself — I think the interpretive part of it is a big part of listening and I don’t really want to get in the way of that.

Yo La Tengo is often called a “critic’s favorite.” Do you ever get tired of that label and want more of a mainstream presence in the media?

I think sometimes “critic’s favorite” ends up being sort of a knee jerk response, so instead of actually listening to the group and hearing and making your own decision, you kind of know what we are in advance. That’s the part of it that’s least appealing to me. Anybody who listens to us and thinks something of it, I have no big objection to it, it might strike me the way I think of the group or it might not, but its fine, its when it feels like its received instead of listened to, that’s when its not as engaging to me.

Regardless of labels, the band has achieved success for over 20 years now. What gives Yo La Tengo such staying power?

I think different people do this for different reasons. It was not our goal to become the biggest band in the world, so we didn’t fail at that. Somebody else might achieve the same level of success we have, but it might represent a failure to them, so we’re fortunate in that regard. We like playing together. I still like making music, so it’s really pretty easy to continue. Whether we should continue to be a band is not something we spend any time thinking about, we just keep doing it.

Listen to ‘Before We Run’ From ‘Fade’: