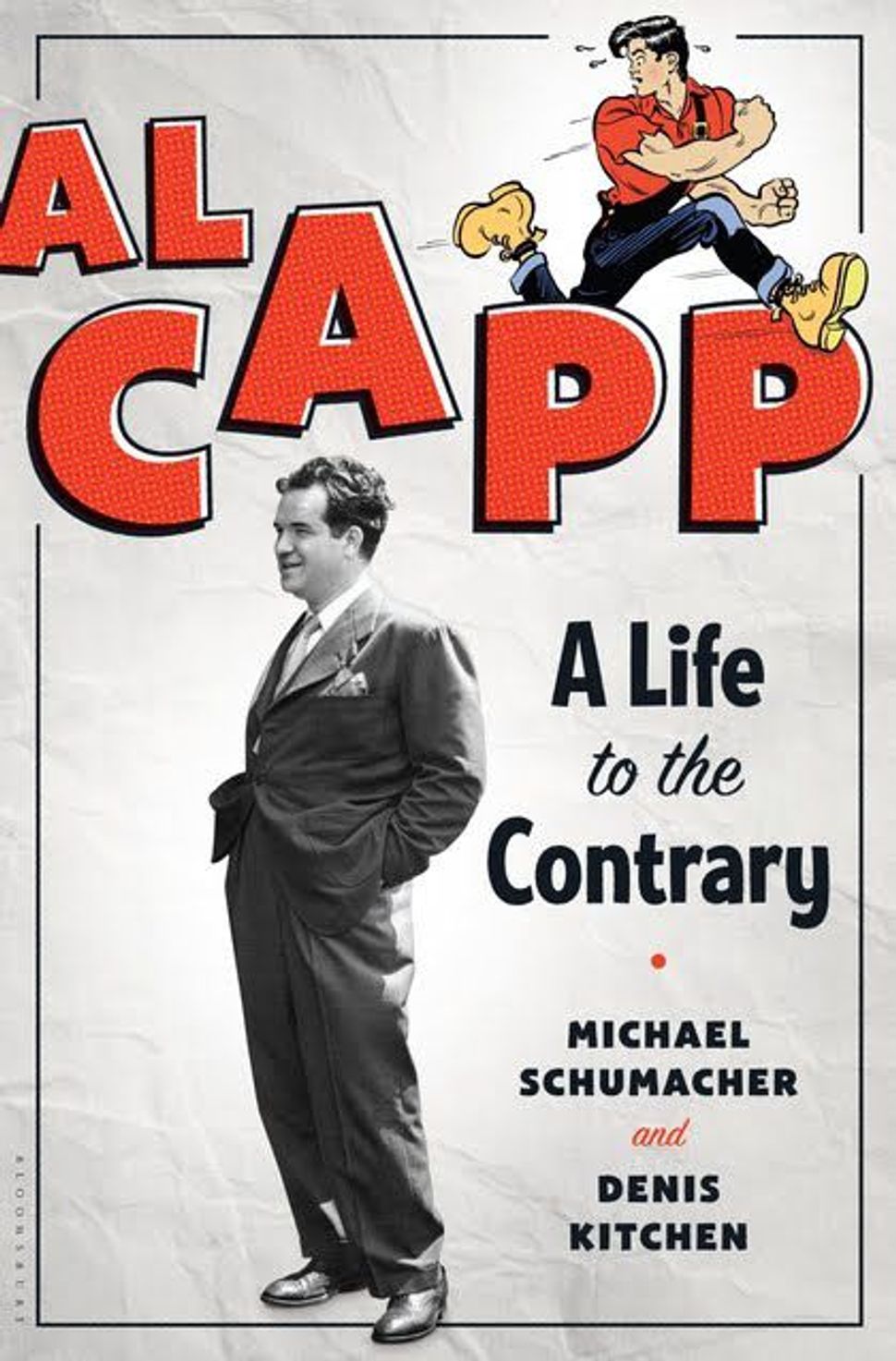 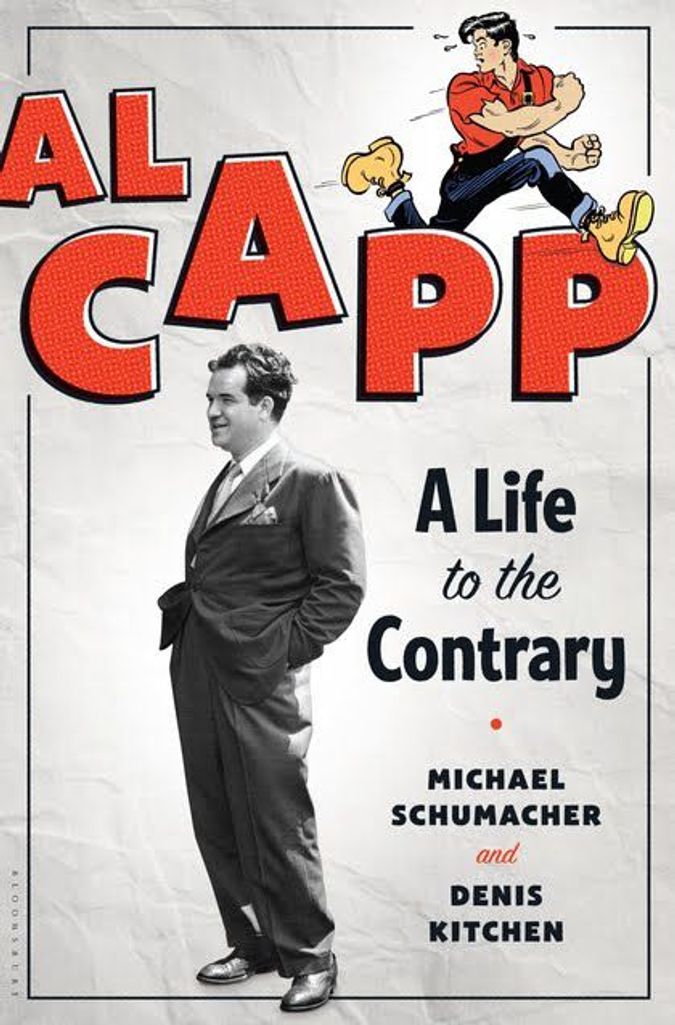 No vernacular artist, and possibly no American humorist, had a bigger following during the 1940s and ‘50s than Al Capp did. That Capp had to be banned from campuses in the late 1960s after repeated sexual assault charges — and that he shifted from New Dealer to anti-peacenik rightwing Republican — almost obliterated the memory of the older satirist. This comprehensive biography recaptures the real thing.

The fiercely competitive Jewish artist was born Alfred Gerald Caplin in 1909, grew up poor, and worse, lost a leg in a streetcar accident at age 9. A quick study with a thirst for self-advancement, he faked credentials to get into art school, dropped out, and eventually headed to Manhattan with nothing but six dollars and a portfolio of drawings. Through talent and persistence he got into the comic strip racket as an assistant to Ham Fisher, the very quietly Jewish artist of “Joe Palooka.” Within a few years, Fisher and Caplin (by 1935, “Capp”) would become lifelong enemies.

But what an artist! Capp’s “Li’l Abner” was intended for a sophisticated adult audience that could appreciate social satire far beyond the mental level of “Blondie” and art less stylized and repetitive than “The Phantom” or “The Little King.” (The biographers do not say so, but those early years of “Li’l Abner” bring to mind the work of other Jewish comic strip artists like Milt Gross and Harry Hershfeld, not to mention Rube Goldberg.)

Hillbilly humor was time-tested in every genre by the mid-1930s, but Capp had a way of inventing hilarious minor characters (devotees will remember Moonbeam McSwine, Evil-Eye Fleegle, Joe Btfsplk and Lena The Hyena, among others), offsetting the family drama of buxom Daisy Mae, clueless Abner, Pappy and Mammy Yokum. Somehow, even in the Ozarks, the accents and images of Manhattan (or at least Brooklyn) were never long absent.

Capp promoted the strip furiously, creating cultural events around it (Sadie Hawkins Day dances, where women chose boyfriends for the evening, swept the country for a while), and introducing more sex and politics that came close to tempting censorship. Dixiecrat politicians and even fellow artists received his barbs (he invented “Fearless Fosdick” to mock Chester Gould’s “Dick Tracy”), and so did the Time magazine idol, the anti-labor CEO of General Motors, Charles Wilson (transformed into General Bullmoose).

Meanwhile, Capp merchandized his creations, made himself into a celebrity, and chased women furiously. The last two factors cost him plenty. His ego, never small, became gargantuan by the 1950s, by which time he had become a television personality. The Shmoo, a satire on consumerism, could be seen on clocks, dolls and balloons, and even advertising soap products! Capp ridiculed Congressional hearings on the dangers of comic strips, triumphed while many comic book lines went under, and got so famous that he opened his own amusement park, Dogpatch USA. By this time one of the highest-paid speakers on campus, he made a point of insulting his audience. He told the world that he despised the Beatles!

For him it was a grand success, racking up 90 million readers of “Li’l Abner” and participating in fundraisers for Richard Nixon and Spiro Agnew. Then columnist Jack Anderson published a column in 1971, detailing some of the sexual allegations that had been floating around for years. At first, officials hushed up the news. One abused Wisconsin student was so ill-treated by the law that Capp beat a rape charge with a suspended sentence and $500 fine for sodomy and attempted adultery— and bragged about it! Further damaging details ultimately came out, including attempted assaults decades earlier upon Goldie Hawn and Grace Kelly. Capp died in 1977, unable to write an autobiography or admit he had ever done wrong. An ignominious finish, for sure. But when Capp was good, he was great!