Hasidic and In Style 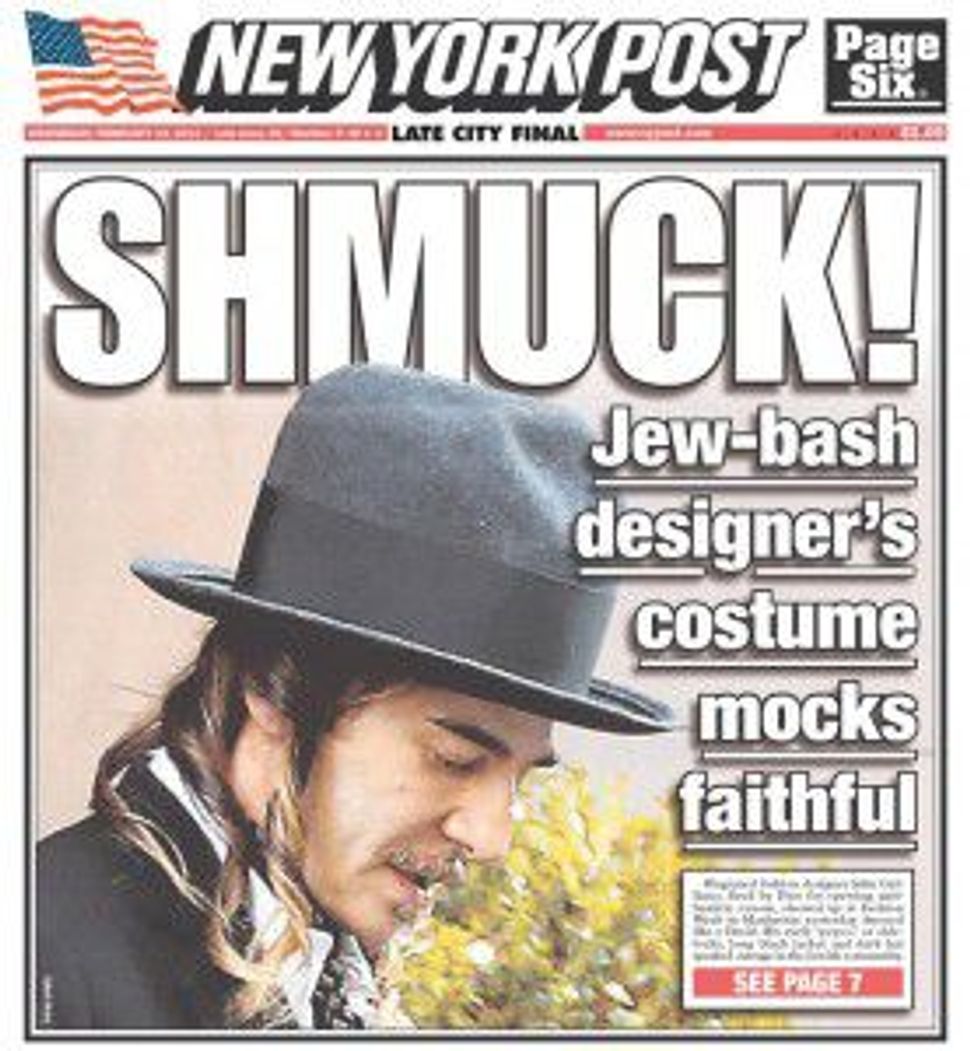 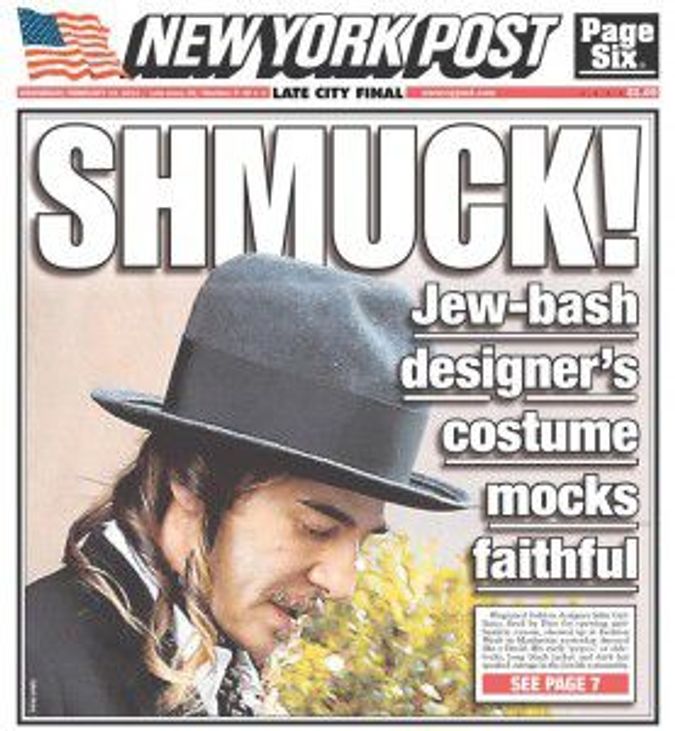 This past week New York had its knickers in a twist when fashion designer John Galliano was spotted wearing an ensemble and sporting a hairdo that, at first blush, summoned up the external appearance of the Hasidim: oversized black hat, long black frockcoat, black knickers and payes.

This latest fashion flap puts me in mind of an earlier, and equally provocative, moment in fashion history: Jean Paul Gaultier’s so-called “Hasidic Collection” of 1993 in which models strutted down the runway in clothing and hats that bore a rather close resemblance to that typically worn by male Hasidim.

Back then, hosannas rather than brickbats characterized the public response. Although some did take offense, most commentators hailed Gaultier’s collection as a witty, good-humored and clever “send-up.”

A few years later, one of Gaultier’s Hasidic creations was even put on a pedestal at the Jewish Museum’s 1996 exhibition, “Too Jewish.” Art historian Linda Nochlin, writing in the catalogue, applauded the designer’s “transvestite imagination,” and the ways in which he “called into question the whole authoritarian structure of Jewish fundamentalism.”

Then, as now, fashion, clearly, is in the eye of the beholder.

Hasidic and In Style