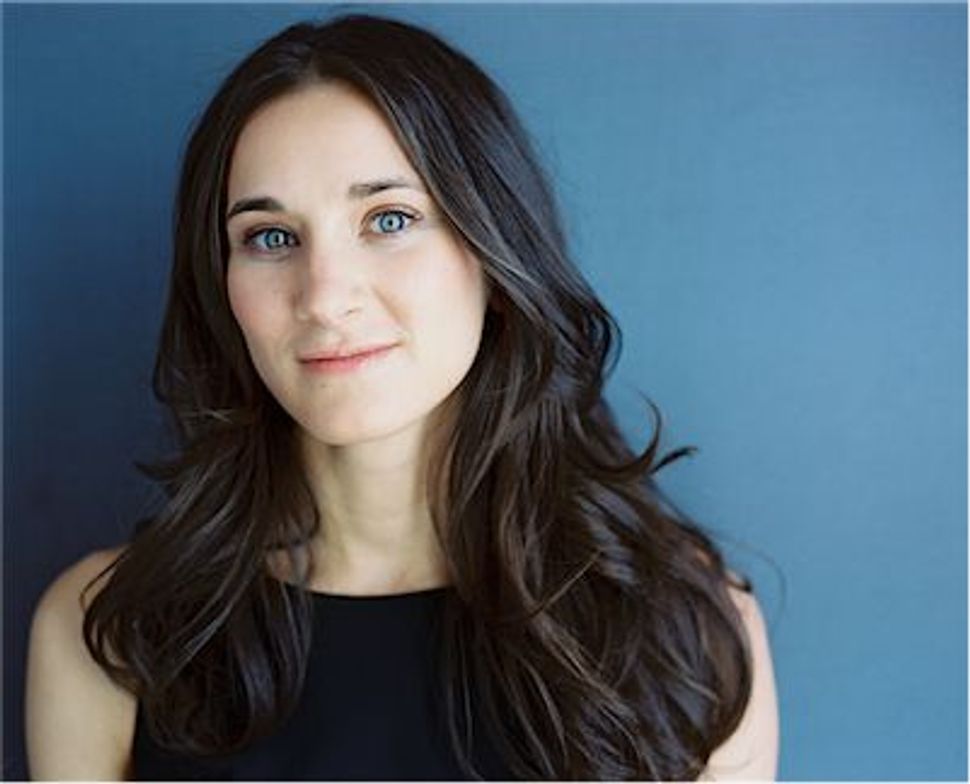 How busy is Hannah Moscovitch? A mini-festival of her plays, including two world premieres, opened February 20 at Toronto’s prestigious Tarragon Theatre. She’s juggling commissions for theater, television and opera, along with film work like an adaptation of Alison Pick’s Holocaust-themed novel “Far to Go.” And she holds down a day job writing a popular TV cop show. 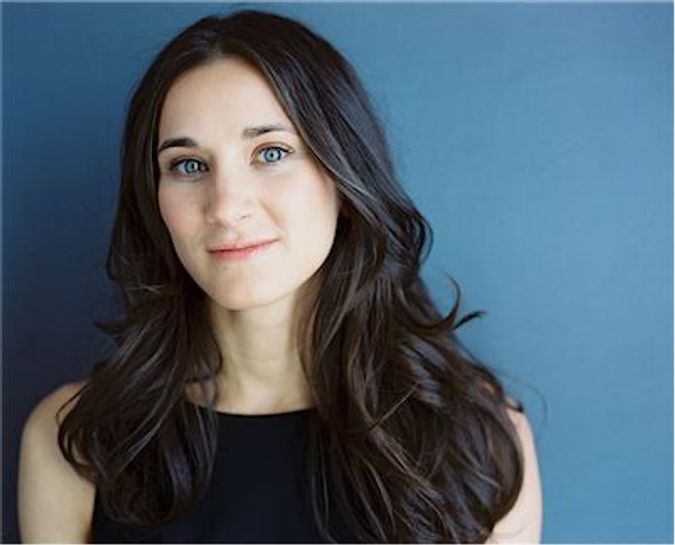 At 34, Moscovitch has also become Canada’s “most produced young playwright,” according to a Tarragon press release. The child of a Jewish father and an English-Irish Catholic mother, Moscovitch has made Jewish history, memory and experience a central part of her work. The plays she debuted last week include “Other People’s Children,” about a child’s relationship with her nanny, and “Little One,” a “stylish lullaby-nightmare thriller” about a pair of adopted siblings. The Arty Semite spoke to Moscovitch from her Toronto home early on a recent Sunday morning — the only time her schedule permitted.

Michael Kaminer: When you’re not preparing for a festival of your plays, what would you normally be doing on a snowy Sunday morning at 9 a.m.?

Hannah Moscovitch: I happen to have a spa right beside my house with lots of pools with Epsom salts. Sometimes I’ll sit there, or have brunch with friends.

Your full-time gig is writing for a CTV cop show called “Played.” Is it schizophrenic to handle that and your plays?

No, not at all [laughs]. It is. But there’s a lot of fulfilling work to be found in television, and a lot of great writing. Premiering a bunch of plays back to back is what’s really schizophrenic. I feel like I’m giving myself ADD.

It seems like you’ve already done the heavy lifting — the plays are written. Why so busy?

You write the play in good faith. But in previews, you see them with an audience. There are playwrights who don’t synthesize with the production — that’s the more traditional model. I tend to want what’s on stage — not the text — to be the play. I’ll collaborate closely with actors, directors, designers. The premiere, for better or worse, is the play. There’s a period of harmonizing where I’ll incorporate decisions around design and direction. I’ll work with actors on lines that feel good to them. I’ll sit with the director and say, “Is this section not working because of the writing or the acting? Where’s the execution problem?” When you see it with an audience for the first time, you learn things about storytelling.

Your plays deal with a broad range of issues. What’s the thread?

I don’t write the same play over and over, and sometimes worry about that in terms of branding myself. But I always come back to questions about love, and how love is frightening and beautiful. I write about guilt a lot. I like sexuality on stage. And I like a mix of tragedy and humor.

Isn’t that a very Jewish sensibility?

Yes, I think it is. Because we’ve had a lot of tragedy. Life isn’t pure. It’s all complex, mixed up. It’s a big soup of comedy and tragedy.

You told the Toronto Star you were raised atheist, but remain “incredibly attached” to your Jewish heritage. What does that mean?

I have a lot of explicitly Jewish plays, and an implicitly Jewish sensibility to my work. I care a great deal about that piece of my identity. I guess that’s what I mean. You can decide not to honor any piece of your identity. But being Jewish is central to my life. I think of myself as half-Jewish, to be honest. And I’ve had a few significant moments in my life where it’s been hammered home.

When I was 15, I went on a March of the Living trip and walked around Auschwitz with a Holocaust survivor. That night, a bunch of us had dinner. I sat next to an Orthodox rabbi. He very regretfully told me I wasn’t Jewish because I told him my mother hadn’t converted. I think that marked my life, but it wasn’t a bad thing. The ultimate impact it had on me was to make me feel half-Jewish. People still say “you’re not Jewish,” and there’s always this question in my life. And that’s ok.

At 18, you worked on a kibbutz for four months. How did that experience shape your work?

On the kibbutz, I met a man named Rudy, who was grandson of an SS officer. He was on the kibbutz to do a kind of penance for his grandfather. Eight years later, I wrote “East of Berlin” [in which a buried past catches up to a German expat]. I was still thinking about him. History is that strong in us. It enters us. It looms large in our lives if there are children from either side of the Holocaust. This middle-class urban boy from Munich spent four months in Israel on a kibbutz.

Is there a tension between creating work that’s meaningful and plays that are just great theater?

I want my work to be meaningful, and I want it to be entertaining. Sometimes those can be on a collision course. We live in time of cultural triviality. There’s commercial theater that does what it does well, and allows the audience to escape. That’s not what I do. I couldn’t do that well.

Your father’s background is Romanian and Ukranian Jewish. Is there good material in your own family’s history?

Yes. I think that’s why I talk about Judaism being core of my identity — I write a hell of a lot less Irish plays [laughs]. But I actually do have play about the early years of birth control in Canada — there was all of this hilarious, weird stuff. It happens to be about Irish immigrants in 1920s Kitchener, Ontario.

How do you keep up the volume of writing you do? In 100 years, will we find out there’s a Hannah Moscovitch factory, with hundreds of underemployed playwrights cranking out work for you?