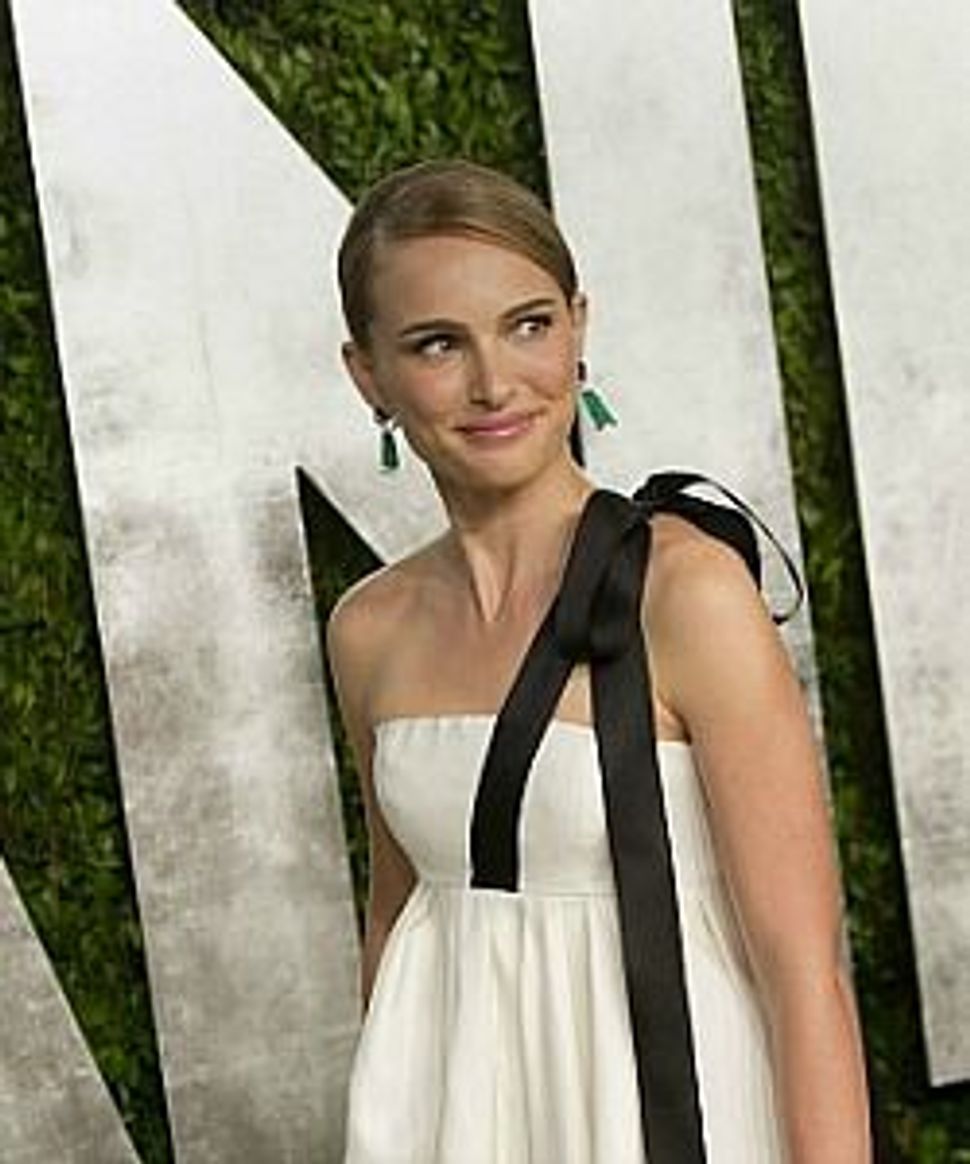 Natalie Portman’s Vanity Fair Oscar Party dress sparked rumors that she may be pregnant again. The actress arrived wearing an ivory empire-waist Dior gown with a black bow accent that led to speculation that she might be hiding a baby bump. Portman and her husband Benjamin Millepied have a son Aleph, who will turn two in June. 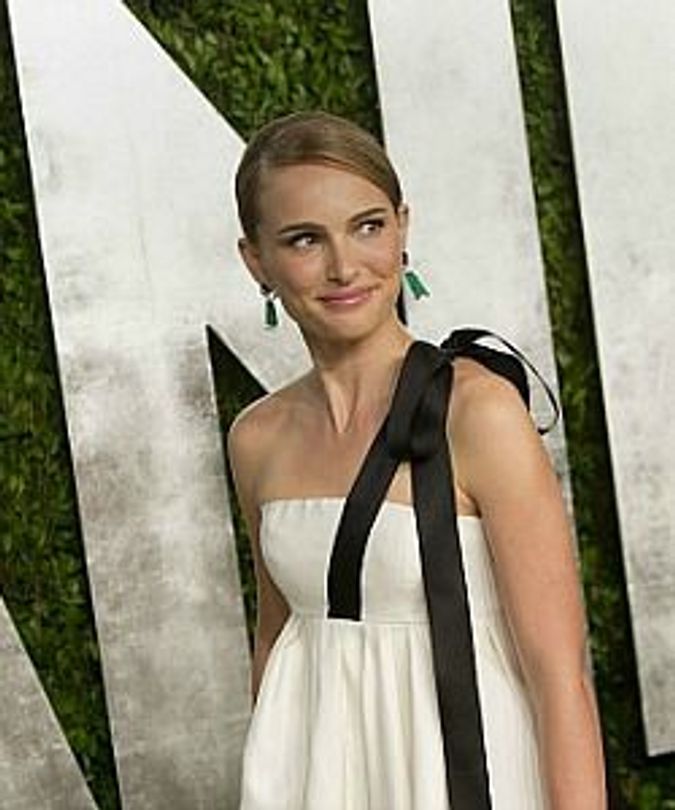 The Oscars are still on people’s minds. Having already seen all the red carpet fashion before the show, fans shifted their attention to the after-party dresses. Elizabeth Banks took a bold chance on an orange and gold number, and Ginnifer Goodwin dazzled in a short metallic blue dress.

There were also all those Oscars behind-the-scene moments to enjoy as soon as the stars began tweeting and posting them. Here, for instance, are soft-shoe dance partners Joseph Gordon-Levitt and Daniel Radcliffe having a bromance moment.

For those too young to remember, Jennifer Lawrence is not the first actress to tip on her way up to accept her Oscar. Barbara Streisand stumbled back in 1968. You can watch Babs, in her groovy pantsuit, avoid a complete face plant here.

It turns out we have Harvey Weinstein’s daughter Lily to thank for First Lady Michelle Obama’s appearance via live video presenting the Best Picture award.

And while we’re mentioning Harvey Weinstein, we’ll also point out a post in Vulture about his hiring a former Obama campaign manager to promote Weinstein’s film “Silver Linings Playbook” for an Oscar.

And in our final item about the Academy Awards, Isla Fisher was on the receiving end of a threat from Charlize Theron. Theron reportedly told Fisher “I’m going to punch you in the face!” after Fisher complimented her on her dancing ability following Theron’s on-stage dance number. We’ll give the less-than-gracious Theron the benefit of the doubt and assume she was nervous and just trying to be funny.

Andy Samberg is engaged to be married to musician Joanna Newsom.

Alicia Keys will be arriving in Israel on July 4 to perform at the Nokia Center in Tel Aviv.

Singer-songwriter Lisa Loeb’s 3-year-old daughter has unique musical tastes, at least for her age. Her favorite bands are the Foo Fighters and Led Zeppelin.

Fran Drescher, 55, qualified her penchant for sexting by saying she doesn’t send photos.

Will Maya Rudolph soon have a new variety show?

The new Iron Man 3 poster is out and Gwyneth Paltrow (with bangs) is on it.