The Spirit Is Willing, but the ‘Putzel’ Is Weak 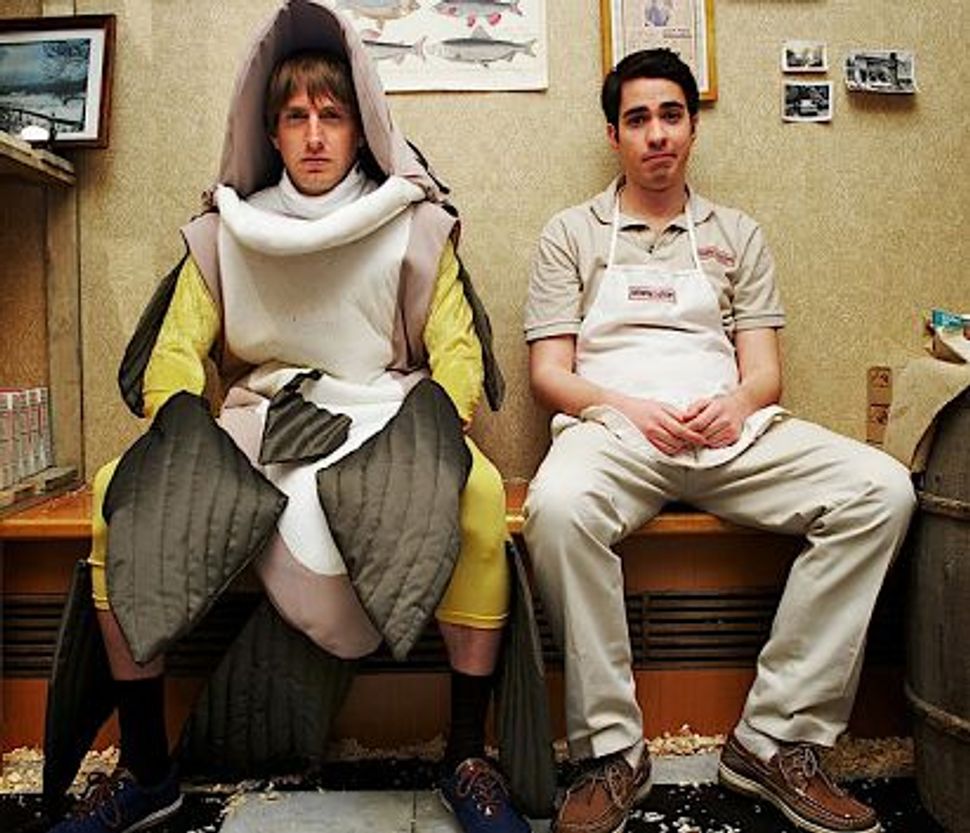 Sight unseen, Putzel seems the perfect film to have its New York premiere as part of the Tuesday night screening series at the JCC in Manhattan. Like the JCC, it is set in the borough’s Upper West Side. And like both the neighborhood and the JCC, it is oh so Jewish. 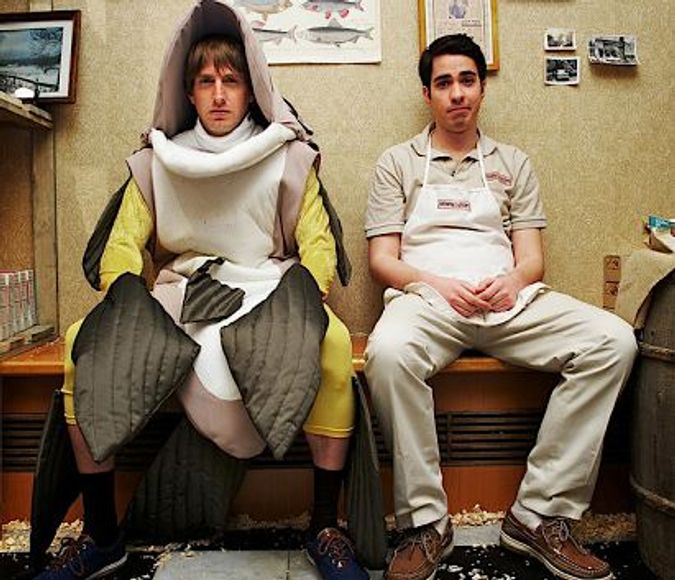 What could go wrong? Sadly, at some point you actually have to watch it.

The central character, Walter Himmelstein, was nicknamed Putzel by his grandfather, Harry. Walter’s sole ambition is to eventually take over the UWS institution Harry founded, Himmelstein’s House of Lox, and run it for 40 years.

Walter, however, isn’t the little putz his grandfather named him; that carries a negative connotation. He’s a hapless shlimazel, played by Jack T. Carpenter, a young actor who has made a career of playing shlemiels and shlimazels (“Lipschitz Saves The World,” “I Love You Beth Cooper”).

How shlemiel-y is Walter? For one thing, he is literally unable to venture beyond the store’s delivery zone — from 59th Street in the south to 116th Street in the north. Why? He has granddaddy issues with the constantly-critical Harry, who raised him after his parents died in an automobile accident when Walter was still an infant. It’s because of Harry that Walter lacks confidence, has lost his wife (he discovered her in bed with another guy) and is geographically limited.

The store is currently run by Walter’s Uncle Sid (John Pankow). Like Walter, Sid also was beaten down by Harry. He wanted to become a singer-song writer, but his ambitions were dashed when Harry told him he had no talent and insisted he take over the store instead of following his dream.

But change is in the works, and her name is Sally (Melanie Lynskey), a dancer from Minnesota who waltzes into the store one day and unintentionally captivates both men. Sid tries to woo her and promises to leave his wife, Gilda (Susie Essman).

But it is Walter who, after considerable sturm und drang, eventually lands the girl; as the curtain comes down the two walk off into the sunlight. Not sunlight exactly. It’s the light cast by the flashing man on the traffic light indicating it’s okay to walk across 59th Street to the other side.

The film has occasional light moments, but not enough to overcome its absurd premise. And it isn’t helped at all by a scene in which the store’s delivery man, who loves fish — really — is found in the display case loving fish. Let’s put it this way, if there were any olives there, they wouldn’t be virgins any longer.

Watch a scene from ‘Putzel’:

The Spirit Is Willing, but the ‘Putzel’ Is Weak