David Brenner on Rabbis and Crooks 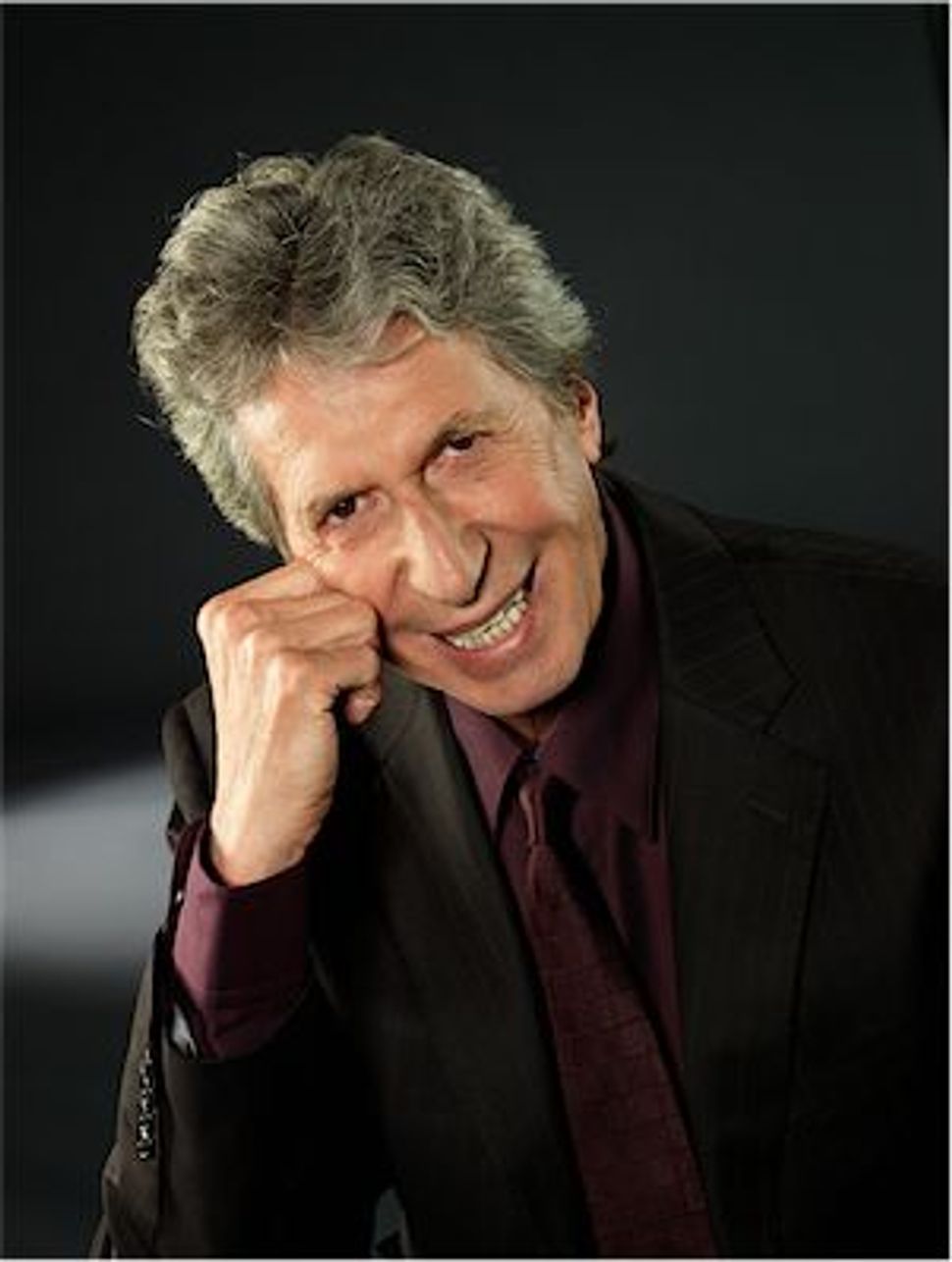 Ask David Brenner what’s funny, and his answer is simple: “If people laugh, it’s funny. That’s the only way you can tell.” Take one of Brenner’s classic jokes. He first told it as he was setting up his microphone at a show one evening. He thought it was weird, not necessarily funny. Yet many people tell me it’s their favorite Brenner line.

“I was on the subway, sitting on a newspaper, and a man came over and asked me if I was reading it. I looked at him. What was I going to say? ‘I’m nearsighted?’ Two weeks later it happened again. Someone came over. Asked if I was reading the paper. I just said yes, got up, turned the page and sat down again.”

Brenner is currently on a national tour, with a March 16 appearance at the Mill Theater, in Millburn, N.J., He spoke to the Forward’s Curt Schleier about the rabbis and crooks in his family tree, his youthful looks and how it’s getting tougher to get laughs.

Curt Schleier: You are 77 years old. What keeps you going?

David Brenner: I don’t know why I would retire. I still feel like I’m 25, and I still get enough work. I started really late. When I got my first break [a guest appearance on the Johnny Carson show] I was 35. And everyone thought I was a kid. What happened was I became the No. 1 comedian on the college circuit. This was when colleges still booked comics and not rock ’n’ roll acts. So one day, my manager called me and said we were losing dates because the colleges don’t want anyone over 30. I said, Abbie Hoffman, he’s got to be what, 50? It was a lot of money, so I asked him what was I supposed to do. He said, “Lie about your age.” So I started fabricating. Even when I got a girlfriend; I had to lie to her. because if we broke up she’d get angry and tell everyone the truth. Unfortunately, I lied by nine years instead of being smart. So if someone asked me when I got out of high school, I’d have to say, uh, take off 10 and then add one.

How has comedy changed over the years?

I think what has changed over the years is not humor, but the audience. I was talking to the now late George Carlin, and said to him that we both had the same career problem of attrition. A lot of our fans are dead, and a large number of those who are alive don’t go out at night. And the third problem is that the American public has dumbed down a lot, so it’s hard to do cerebral material.

Growing up, were you like Pagliacci, a clown on the outside but crying on the inside?

No, it was never like that. I’m atypical of comedians. I was the most popular kid in my class and neighborhood. I dated the most beautiful girls in school. My mother and father, I loved them. My brother and sister were great. I didn’t have bleeding gums. The biggest problem I had was poverty.

Tell me a little about your life growing up.

I grew up in Philadelphia — first South Philadelphia, then West Philly. My mother was a housewife. She was a brilliant woman, an artist who always did ceramics as a hobby. My father had various jobs. Late in life he was a bookie. Before that he was in vaudeville, a song-and-dance man and comedian. He worked with a guy named Vernon Dent, and the two had contracts to do Three Stooges movies. But my father came home to see his family. His father was a very important rabbi, and while he was home convinced him not to work on the Sabbath. My father never went onstage again. He was the funniest guy I ever met; certainly the funniest guy in our house. He passed the funny on to me; it was just a family gene. I was always amazed at getting paid for being funny, because it was not something I had any control over. It was like if someone asked me how tall I was. I’d say 6 foot 2, and he’d say, “Good, here’s $100.”

Your father gave up show business and became a bookie?

Yes. He was one of nine children. Three girls and six boys. Three of my grandfather’s sons became rabbis; three became gangsters, bookies, numbers runners. My father’s take on religion was interesting. He didn’t take bookings from Friday evening to Saturday evening until my grandfather died.

What about your Jewish upbringing?

I was brought up by my family to be free to decide. My father had his own shelf on the refrigerator where he kept his own food, and I had my own shelf where I kept my bacon. I’m Jewish, and I talk about it. And I’m a supporter of the Jewish people, but I’m not religious.

What is it with Jews and comedy?

It’s synonymous. Jewish people are probably the funniest, because funny is tragedy with the passing of time. We’re people who suffered the most. Laughter is the best medicine, and who needed medicine more than the Jewish people?

David Brenner on Rabbis and Crooks