Bonnie Franklin, who died on Friday of pancreatic cancer, is missed and mourned by her “One Day At A Time” co-stars and “daughters” Valerie Bertinelli and Mackenzie Phillips. 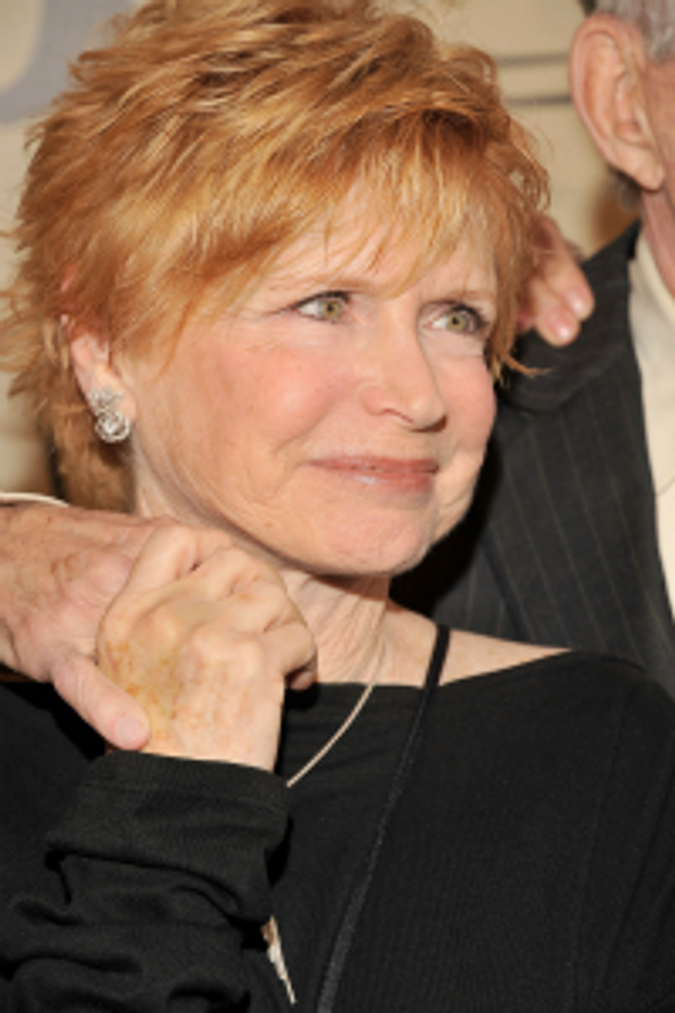 Tori Spelling says that rumors of an impending divorce from her husband and the father of her four children, Dean McDermott, are exactly that — rumors. “It’s just sad that our actual happiness would probably be deemed boring,” she said about the tabloid stories.

James Franco has finally responded to the defamation lawsuit filed against him by NYU professor Jose Angel Santana. With this, and everything else Franco is juggling, is it any surprise that he needs to treat the bags under his eyes?

Octogenarian William Shatner is always up for anything. Now he’s playing an umpire for the Boston Red Sox in a baseball-inspired video for singer Brian Evans.

What caused Jason Segel and Michelle Williams to split up? It seems it was the usual career and commitment issues.

Are things okay between Andrew Garfield and girlfriend Emma Stone? They were seen together on the New York filming location for “The Amazing Spider-Man 2,” but then yesterday Stone tweeted a cryptic message, an anagram for “Andrew and Shailene sitting in a tree.” Was she just joking around about Garfield and the actress (Shailene Woodley) who plays his new love interest in the movie, or was she hinting that her relationship with Garfield is threatened?

Adam Levine will record a duet with Matthew Morrison from “Glee.” He will also have no problem taking a woman on a to McDonalds on a first date.

While Mila Kunis looked gorg in an Alexander McQueen dress at the London premiere of “Oz,” Gwyneth Paltrow got reflective about her poor Oscars fashion choices over the years.

And speaking of Mila Kunis, don’t miss her in this charming interview with her, Judi Dench and Jude Law on the Graham Norton show in the UK.

Jesse Eisenberg enjoyed opening night last Thursday for his play “The Revisionist.” The play, which he wrote, runs at the Cherry Lane Theater in New York until April 21.

Marc Anthony has traded in JLo for a JewLo. TMZ reports that the 44-year-old singer is dating Chloe Green, the 21-year-old daughter of British-Jewish fashion tycoon Sir Philip Green.

And in celebrity sightings we have: Liev Schreiber surfing and showing off a well-toned bod; Bethenny Frankel leaving the house with curlers still in her hair; Rachel Weisz, Michelle Williams and James Franco also looking fab at the London “Oz” premiere; Shiri Appleby baring a huge baby bump while wearing a tiny string bikini; and Lea Michele expressing glee at seeing NeNe Leakes at a Beverly Hill event.