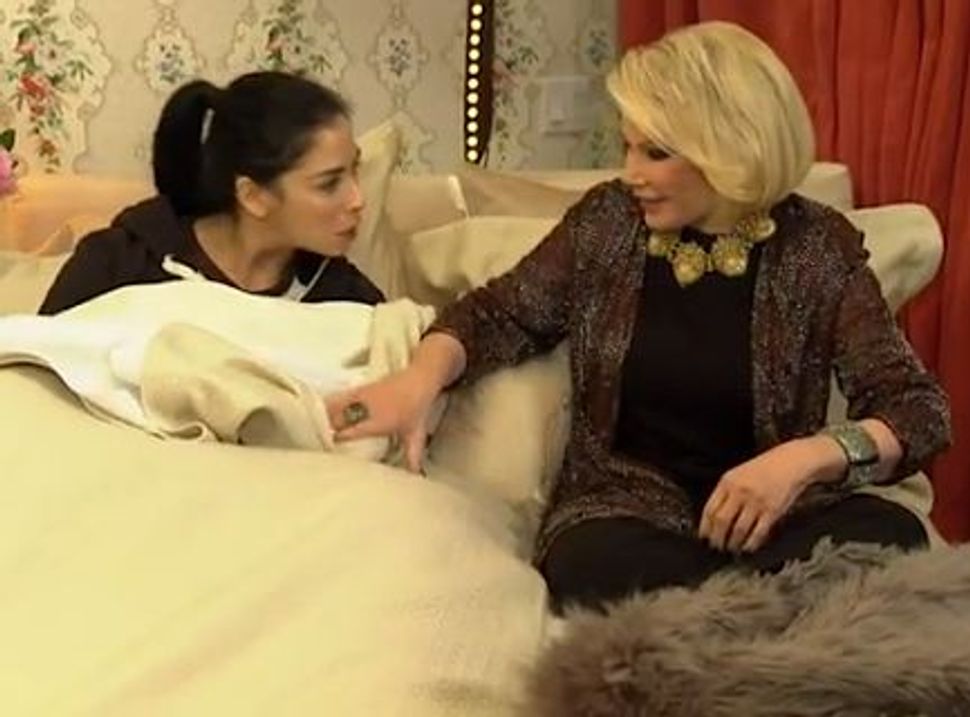 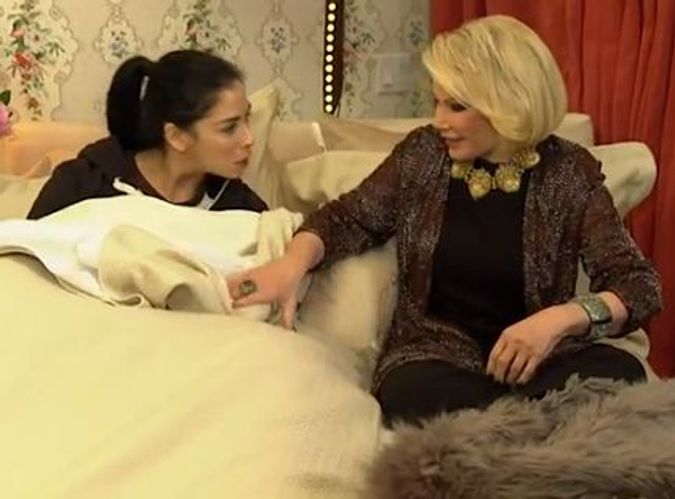 That’s the beginning of Joan Rivers’s new web series, “In Bed With Joan.”

The answer, for the first episode, is Sarah Silverman, who craws right in for the “full mommy experience.”

During the episode the two comedians talk about what Jews keep in their pockets (crumpled up tissues, loose mints), whether it’s harder to be a woman in comedy, and whether Silverman would rather date Jimmy Fallon, Montel Williams or Oprah. It also doesn’t hurt that the theme song sounds a lot like Mordechai Ben David’s “Yidden” (also, like “Dschinghis Khan” by Dschinghis Khan).

Check out the episode below: