Is Carrie Fisher In for ‘Star Wars’ Sequel? 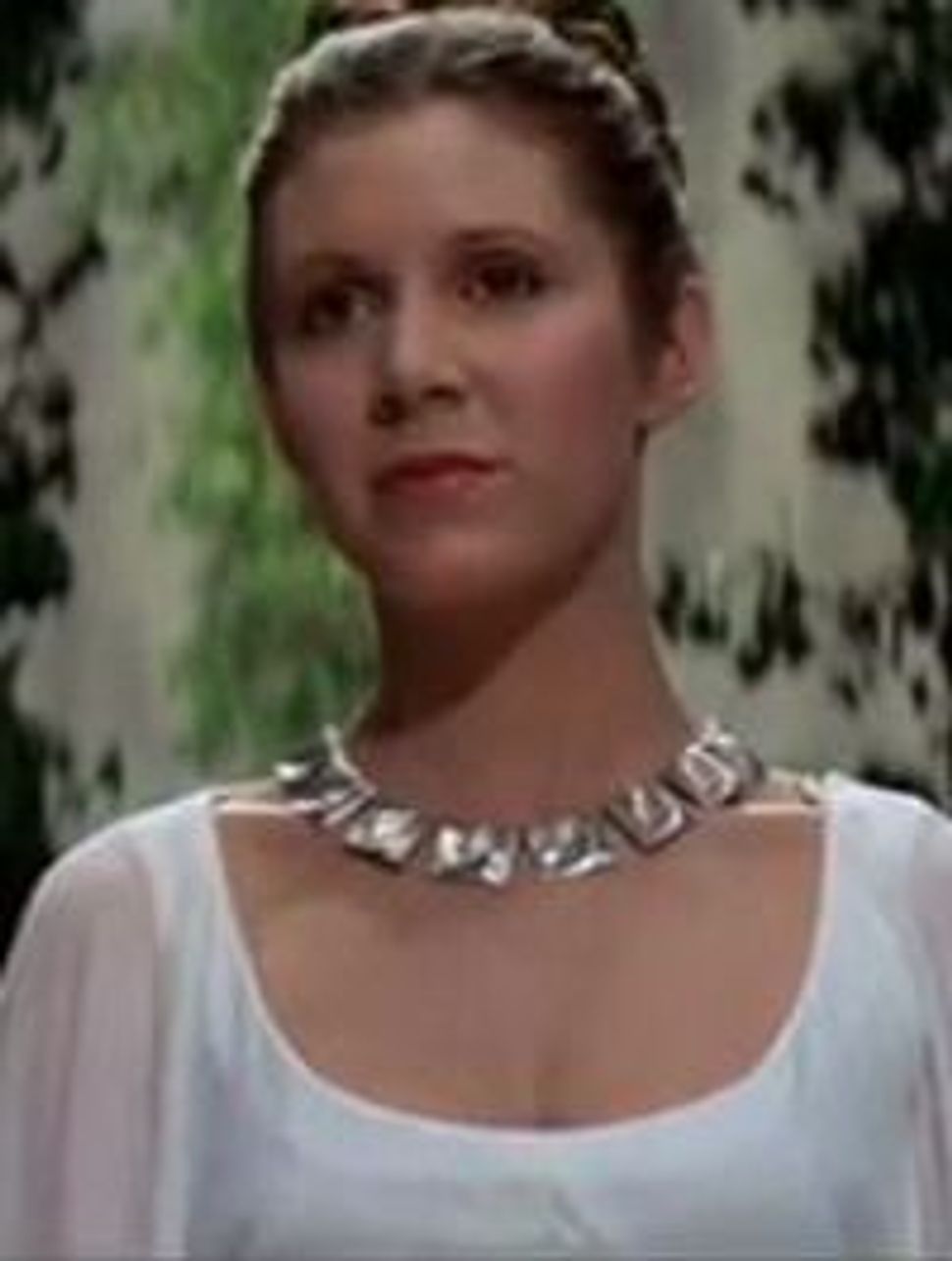 Carrie Fisher as Princess Leia in ?A New Hope.?

Will they? Won’t they? Speculation abounds about which of the original Star Wars cast will make the jump to the upcoming sequel.

Carrie Fisher made our hearts soar like the Millenium Falcon when she sat down with Palm Beach Illustrated and answered a point blank “Yes” when asked whether or not she was coming back as Princess Leia in J.J. Abrams’ upcoming take on the classic.

The new Princess Leia would be “elderly,” Fisher said . “She’s in an intergalactic old folks home.” With her bagel buns and gold bikini safely on hand, we hope.

As it turns out, she may have been joking. Joking. Why Carrie, why?

Jerking us around like this may come back to haunt J.J. Abrams if Episode VII doesn’t live up to expectations. Which it can’t.

The much less devious Harrison Ford is supposedly “open” and “upbeat” about the idea of dusting off his Han Solo vest. According to Ford, Solo was scripted to die in xReturn of the Jedix, but lives on because his character was one of the most popular action figures at the time.

In the meantime, Ford will be trading in space gear for a news desk as he appears in Anchorman 2 as a veteran newscaster, a role similar to the one he played in 2010’s Morning Glory, ironically also produced by J.J. Abrams.

Mark Hammill, also rumored to come back as Luke Skywalker, told Entertainment Tonight that he hopes the new installment will be more like the originals than the heresy (our words) that are the recent prequels. We feel you Mark. Please, please, no Jar Jar Binks this time.

Is Carrie Fisher In for ‘Star Wars’ Sequel?