Montreal Museum Takes the Internet to the Streets 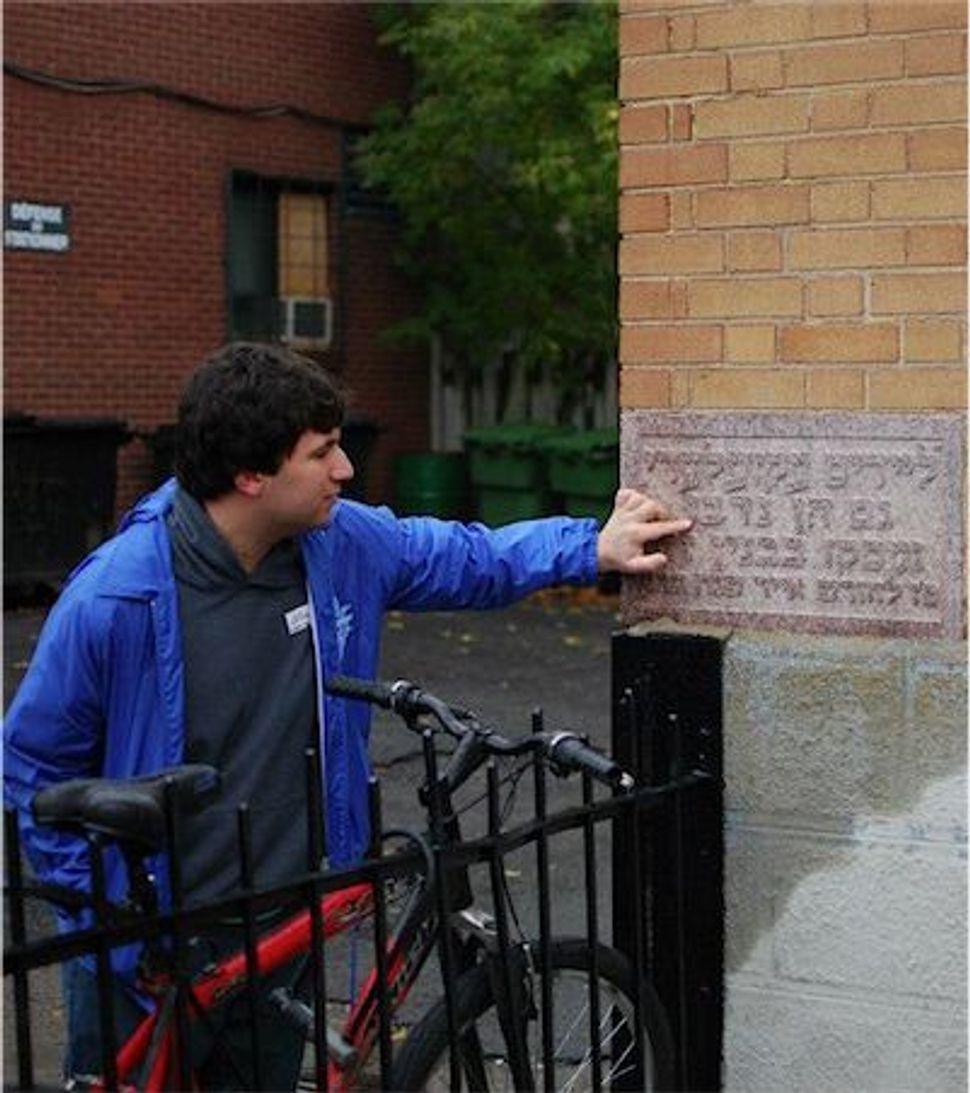 “I’m interested in pushing young people to get involved, to take ownership of history,” declared Zev Moses, founder and director of the Interactive Museum of Jewish Montreal. 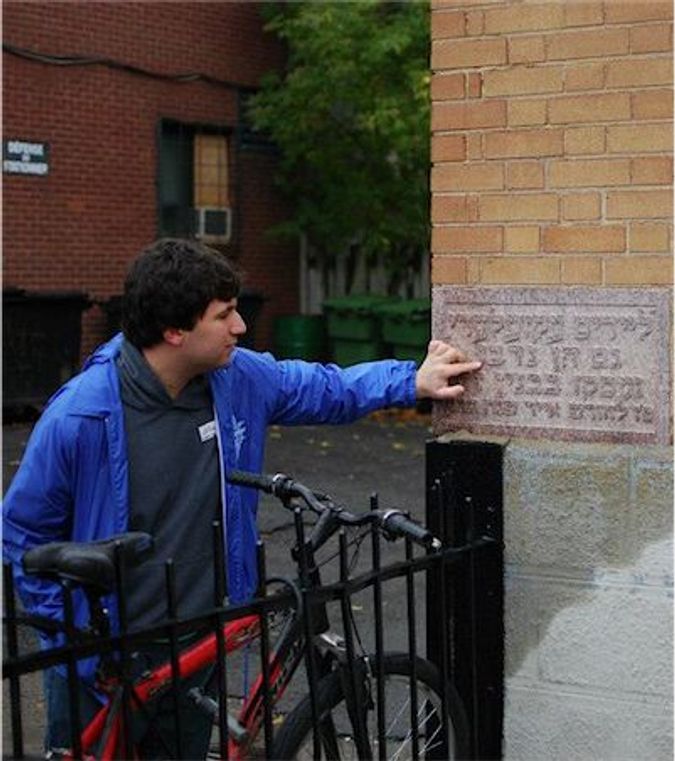 For Moses, this means getting people out into the original Jewish neighborhoods of Montreal for an “immersive experience” that combines computer technology with actual visits to historic sites.

“People have called it a ‘virtual museum,’ but that’s a misnomer,” Moses explained in a phone interview with The Arty Semite. The IMJM has collected a trove of archival photographs, oral history recordings, musical recordings, and films about the 250-year-old community that can be enjoyed online from anywhere. But the optimal situation is for people to access these resources through their mobile devices as they physically stand at the locations (IMJM calls them “exhibits”) that the information is meant to illuminate.

Moses and Stephanie Schwartz, IMJM’s research director, are working with their staff of 10 student researchers and project coordinators to curate the museum’s material into tours that highlight specific subjects. The only tour so far (and the only portion of the IMJM website that is currently mobile browser-compatible) is called “Between These Walls: Hidden Sounds of Hazzanut in Montreal,” focusing on cantors who sang at downtown synagogues between 1934 and 1965.

Visitors (either virtual or in person) are invited to explore the Plateau and Mile End neighborhoods and the question of how and why Montreal, a relatively small Jewish center compared to cities like New York, London, Tel Aviv and Buenos Aires, had — and still has — one of the highest numbers of professional cantors in the world.

According to Moses, the rest of the IMJM website will work on mobile browsers by spring. Additional curated tours will include one on Montreal’s Jewish social service system and another on the city’s Hasidic community. One called “Work Upon Arrival” will highlight working conditions, unions and unique stories from the late 1800s that were preserved in recordings made in the 1970s.

Moses, a 29-year-old city planner, has called Montreal home since he was 12 years old, after having lived in New York and Sacramento, Calif. What started out as a side research project for Moses as he worked full-time as a consultant for a real estate company, morphed into a full-fledged not-for-profit organization.

“I quit my job in spring 2009 and began focusing exclusively on getting IMJM off the ground,” he said. The website went online in April 2011, and has gained support from funders, including The Jewish Community Foundation of Montreal and The Concordia Institute for Canadian Jewish Studies, as well as a variety of family foundations and individual donors.

Fortunately for Moses and his team, Montreal Jewish history is generally well documented, enabling them to use both primary and secondary sources. Although the city has a Holocaust memorial center, it does not have a brick-and-mortar Jewish museum. Montreal does have two Jewish archives, and Moses says IMJM has developed a close relationship with both of them.

Moses has plenty of ideas of where IMJM can go in the future. “Our ultimate goal would be some form of a brick-and-mortar presence, but not a big museum. I imagine it as more of a storefront kind of thing, to keep it as flexible as possible.” He also envisions embracing more cutting-edge technology as it becomes available. “Different forms of augmented reality, and maybe holograms that you could project from your phone,” he suggested. “These things are on deck for consideration as things move along.”

In the meantime, he’s focused on what he sees as the core mission of the organization. “It’s about community building and outreach. It’s about making young people the stewards of our history,” he said. To that end, one of the first things IMJM will add to its site is a mechanism for people to upload their own oral histories, photos, and the like. It will also hold its first-ever scavenger hunt on May 12. The event, dubbed “recollection,” will be a way for Montrealers to get out into the streets and crowdsource content for the museum.

Montreal Museum Takes the Internet to the Streets