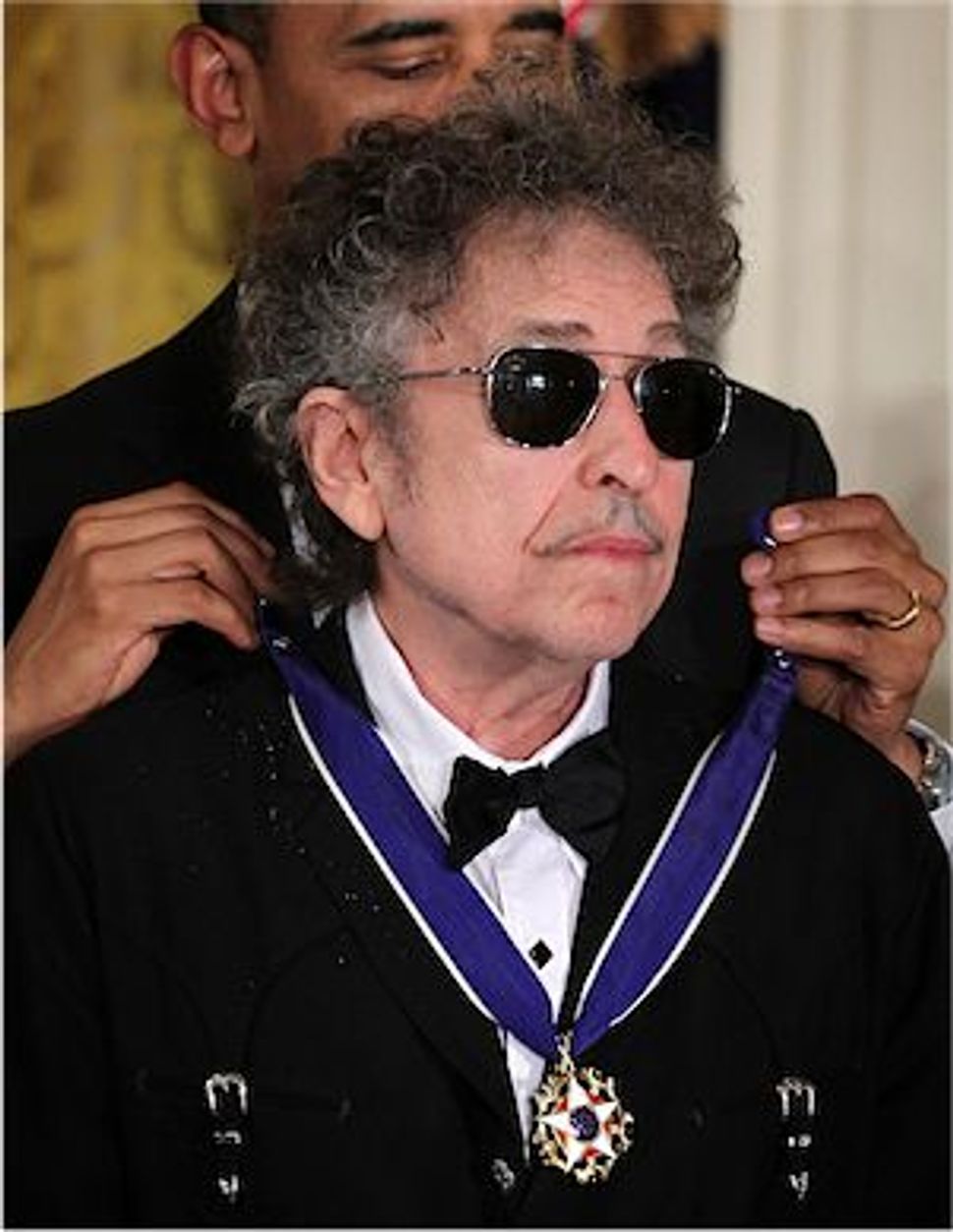 Bob Dylan receives the Presidential Medal of Freedom in 2012. Image by Getty Images

Bob Dylan has become the first rock star to be inducted into the American Academy of Arts and Letters. Because of the multi-disciplinary nature of his work, Dylan will be an honorary inductee, joining such notables as Meryl Streep, Woody Allen and Martin Scorsese.

“The board of directors considered the diversity of his work and acknowledged his iconic place in the American culture,” Academy executive director Virginia Dajani told the Associated Press. “Bob Dylan is a multi-talented artist whose work so thoroughly crosses several disciplines that it defies categorization.”

Dylan has also been the recipient of an honorary Pulitzer Prize, in 2008, and the Presidential Medal of Freedom, in 2012.

The Academy of Arts and Letters, which was founded in 1898 and is based in Manhattan, consists of 250 members in the categories of music, literature and visual arts. It also includes 75 honorary members from abroad and 10 honorary American members. New members are inducted only when one of the existing members dies.

New members will be honored at a May induction ceremony, although with the 71-year-old performer on tour, it’s doubtful that he’ll attend. Still, his membership will not go unrecognized. Novelist and academy member Michael Chabon is scheduled to give the keynote address, titled “Rock ‘n’ Roll.”