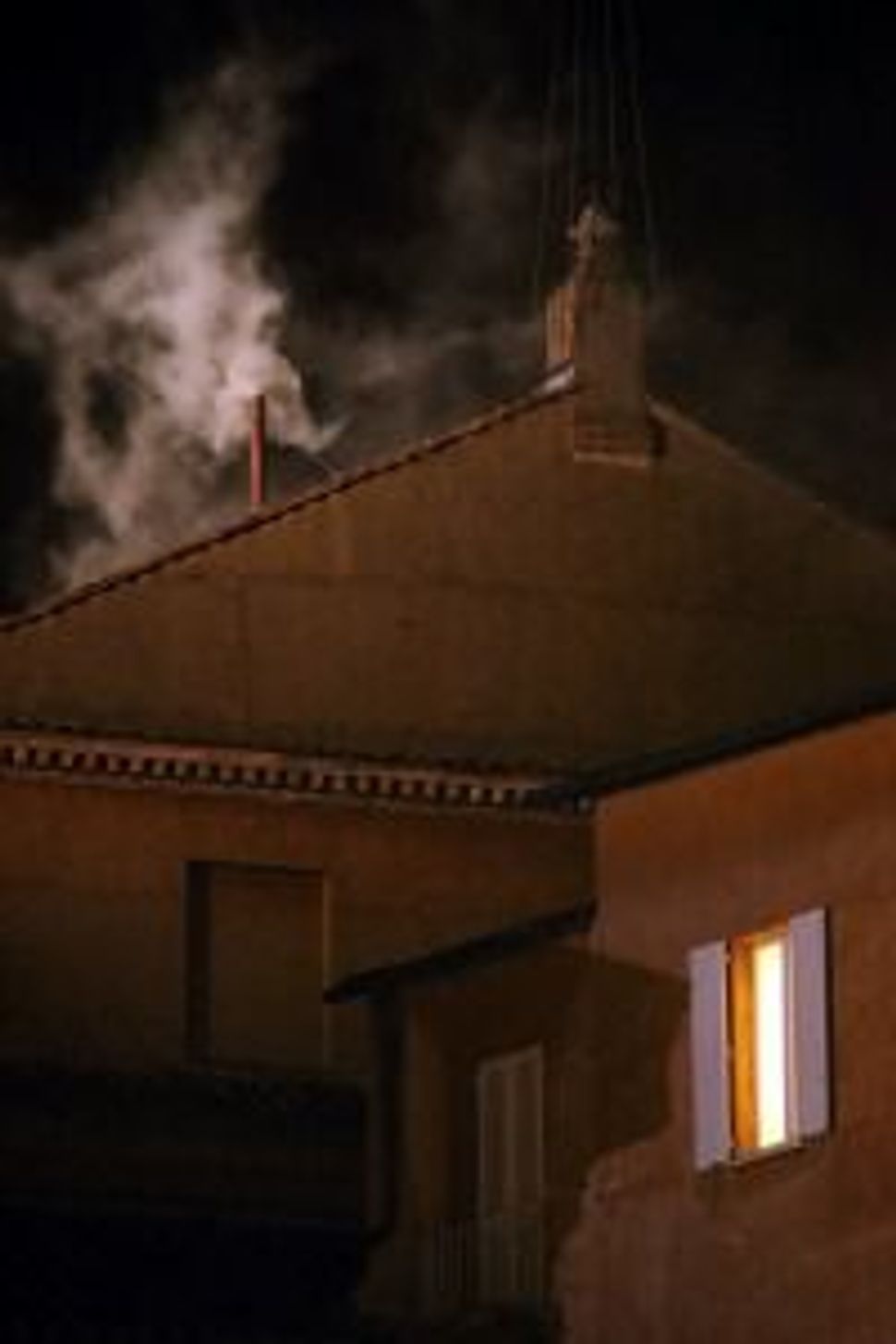 White smoke above the Sistine Chapel Image by Getty Images

The new Pope is off to a bad start. Wearing white before Memorial Day…Oy.

There’s also white smoke coming out of my office, but nobody seems that excited about it. #pope

Congratulations to the Vatican on the new pope! And this time, they found one who never was a Nazi! (we hope, he’s from Argentina)

Ever early to the party, Rashida Jones considered throwing her name in weeks ago:

Too late to throw my hat in the ring for Pope candidate?I look dope in white.Also, I’m Jewish & a woman & biracial &…wait…forget it.

Any thoughts on the new Pope? Share them in the comments!