Bob Dylan for the 12-Year-Old Set 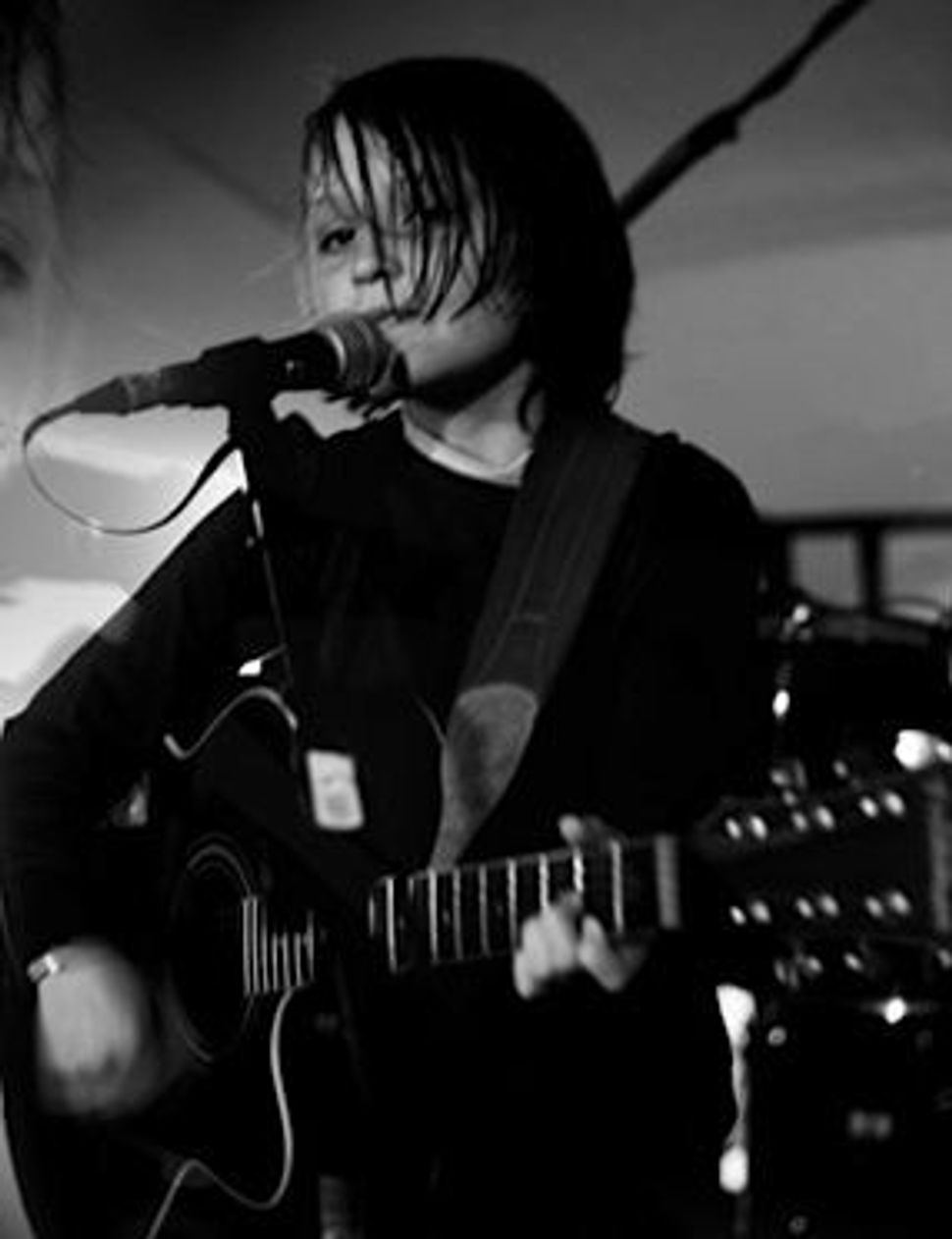 Image by Ned The Kids Dylan

If Bob Dylan were 12 years old, he’d sound like Ned The Kids Dylan. That’s because Ned The Kids Dylan, a pre-pubescent singer-songwriter from Northhampton, England, sounds an awful lot like the bard with the birth name Robert Zimmerman — only with a voice that hasn’t dropped yet.

Ned The Kids Dylan, who tours Great Britain playing his guitar and singing original songs at road shows and music festivals, has been hanging out at concerts for years already, listening to a variety of prominent artists. While Dylan is his number-one idol, he also cites Laura Marling, Billy Bragg and Ray Davies as influences.

The youngster really likes Dylan’s “Blood on the Tracks” album, and his favorite Dylan songs are “Subterranean Homesick Blues,” “Maggie’s Farm,” and “Tangled Up In Blue.” The prodigy is at no loss for words in explaining how and why the icon has been such an inspiration for him.

“Dylan is a storyteller who tells you the truth as horrible as it may be. His words are so well crafted that within minutes he can change the way you think. If I could do that, change the way people think, inspire them, move them, then I would have done what I set out to do!” he told American Songwriter.

Ned The Kids Dylan is so articulate that an editor of UK Festival Guides, unaware of Ned’s tender age, reportedly offered him a job as a journalist after he sent in a review of the first Dylan show he saw. Ned was 10 at the time.

Following a meeting with Patti Smith at a festival, he wrote, “She spoke with authenticity bordering on poetic. She has all that great musical history in everything she says and then she is getting fired up about current stuff, like Pussy Riot. Talking to Patti Smith was like she was singing you a brand new Patti Smith song. Can you imagine what it is like to meet somebody like that? I was so lucky to meet her and I will never forget it.”

Ned’s own songs explore subjects like young love, the brevity and unfairness of life, and even cocaine addiction, leaving one to wonder what he’ll have left to write about when he gets older.

Some are predicting that this preternaturally talented performer is going to have staying power, so time will tell how he will develop. In the meantime, fans can enjoy his Dylan-esque music on his soon-to-be released EP, “My Life.”

“I’d always kind of had different thoughts about how it’s your life and how you should make the most of the time you’ve got, don’t just do what other people are doing cause it’s your life, yes, you own it,” said the old soul.

Listen to ‘The Glastonbury Song’ by Ned The Kids Dylan’:

Bob Dylan for the 12-Year-Old Set