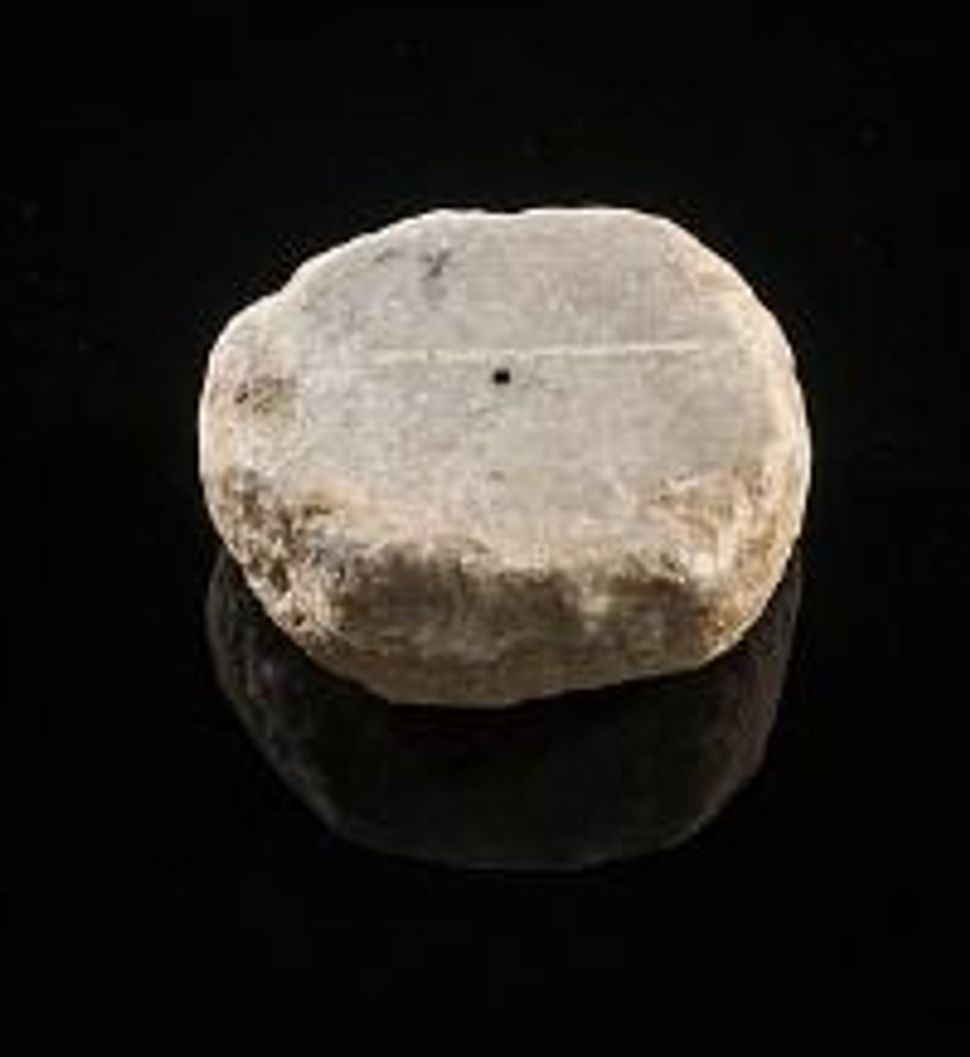 The chip on the stone. Image by Technion's Russell Berrie Nanotechnology Institute

President Obama will be receiving an unusual gift during his trip to Israel.

According to New York Magazine’s Daily Intelligencer, Prime Minister Netanyahu commissioned scientists at Technion’s Russell Berrie Nanotechnology Institute to inscribe the US and Israel’s Declarations of Independence side by side on a “golden-coated silicon chip.” The inscriptions measure a grand total of 0.04 square millimeters, and run 20 nanometers, or 0.00002 mm, deep.

Impressed? Well, that’s not all.

The chip was set on a Jerusalem stone dating back to the Second Temple Period (1st century BCE to 1st century CE). It’s nearly 2,000 years old.

The etching was done by “accelerating charged atoms, called ions, and bombarding them at various points on the surface of the chip,” a press release by Technion explained. “When an ion beam hits the chip it creates a tiny recess, in this case 20 nanometers deep.”

The preparation process took about a week, but the actual engraving took less than an hour, the statement added.

The final image etched into the chip is made up of over a million dots.

Watch Technion scientists explain exactly how the gift was made: