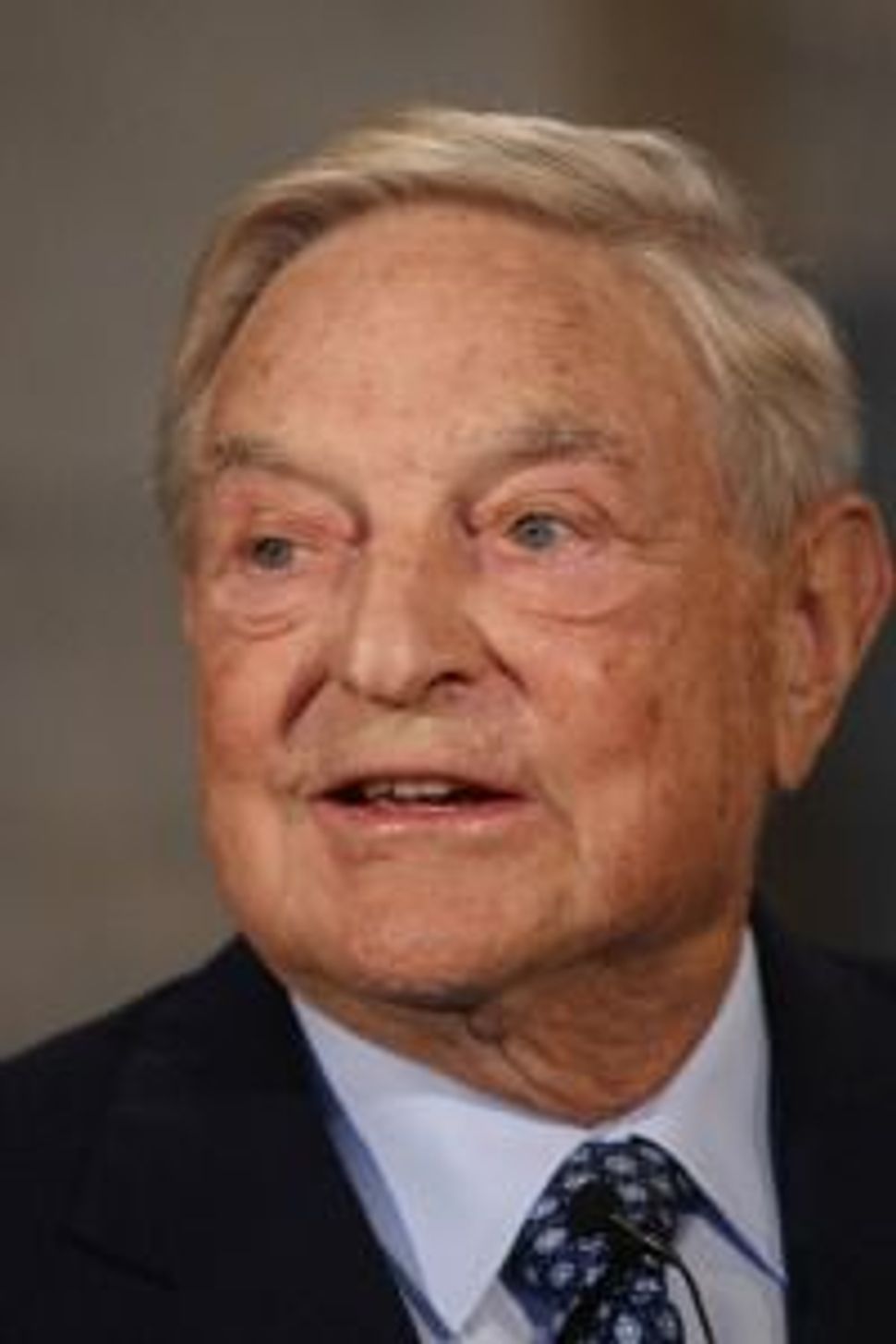 Things are not going well for Adriana Ferreyr. Even as she remains embroiled in a legal battle with ex-lover George Soros, the Brazilian former soap star is being sued again.

Kyle Dubensky, a Columbia University theater student, is suing Ferreyr for $5 million, claiming that she falsely accused him of raping her on New Year’s eve, the New York Post reported.

According to the Post, Dubensky said he and Ferreyr, 29, had consensual sex in her Harlem apartment. When he tried to leave, he said, she dug her nails into his arm, ran after him naked into the elevator, and tried to strangle him. When the two arrived downstairs, she allegedly told Columbia University security that she had been sexually assaulted. The police were called and Dubinsky was apparently held for 18 hours, but not charged.

A letter from Columbia to Dubensky obtained by the New York Post stated that an investigation by the school’s Student Services for Gender-Based and Sexual Misconduct showed that “reasonable suspicion does not exist in this case to believe that a violation occurred.” According to the New York Post, Ferreyr’s name does not appear in the report.

In a classic moment of he said, she said, a friend of the 29-year-old told the New York Post that Dubensky “tried to have sex with [Ferreyr] without a condom” and that he “strangled and tried to hit her” after she ran after him. Dubensky’s lawyer denied the story, calling it “utter fiction.”

Ferreyr is suing former lover Soros, 81, for $50 million, claiming that he promised her a $1.9 million dream apartment before giving it to his fiancée, Tamiko Bolton, 40. Ferreyr also claims Soros hit her with a lamp during an argument in 2010. Soros filed a countersuit in March for defamation and assault, alleging that Ferreyr, in fact, attacked him.

A judged ruled that Soros will be the first to be questioned by lawyers. He will be deposed by the end of July, the New York Post reported last week.