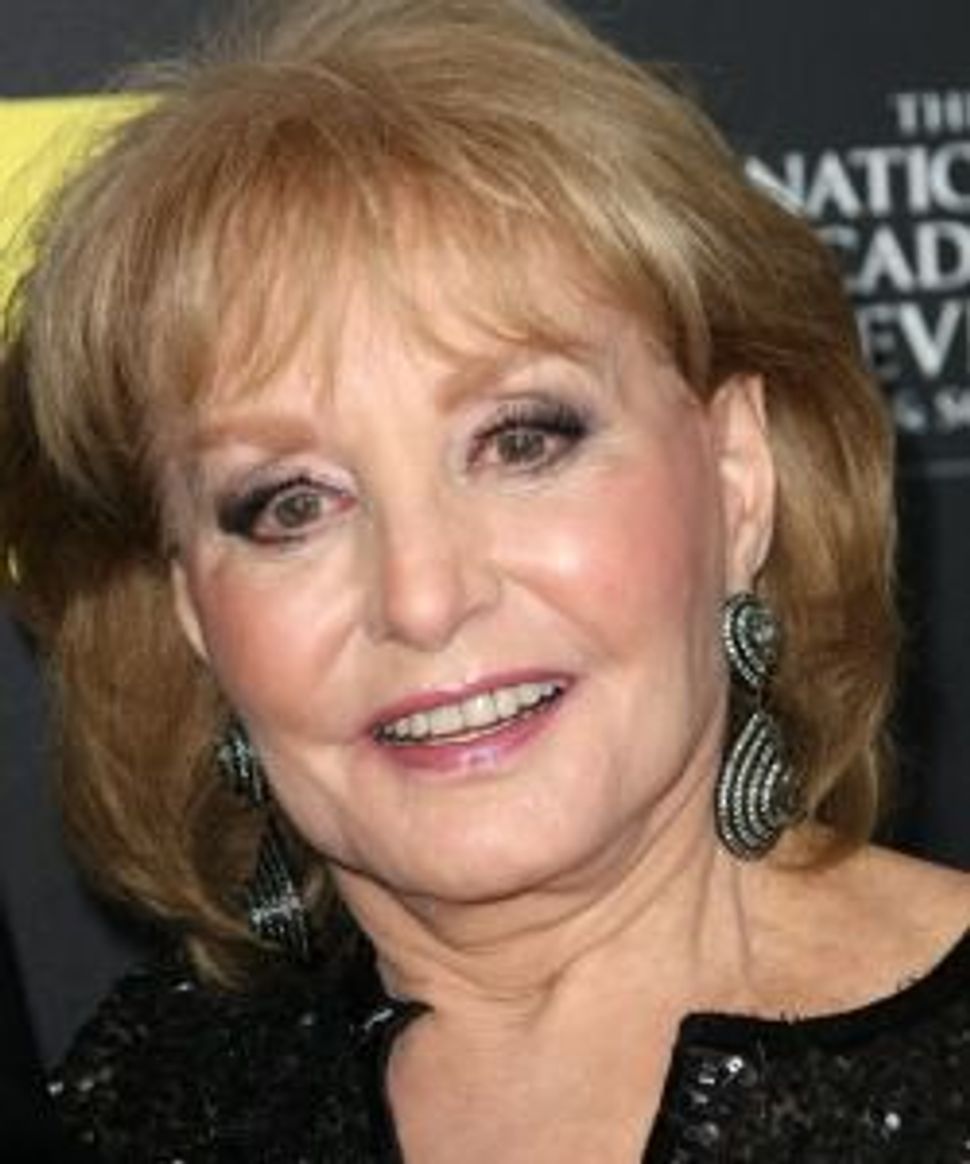 A number of specials and send-offs are in the works to celebrate the grande dame of television’s 52-year-career. Walters will also be leaving her show “The View,” along with other original host Joy Behar.

“She’s one of a kind and what she has done is remarkable,” a source told the New York Post. There will be an announcement about her retirement soon.”

When she joined ABC Evening News in 1976, Walters became the first female co-anchor of a network evening news broadcast. She hosted ABC’s primetime newsmagazine 20/20 for 20 years.

Deadline was the first to break the story on Thursday, stating: “After years of speculation, I hear Barbara Walters may be finally ready to hand up her microphone.”

Walters apparently wanted to leave on her own terms, and so it remains unclear whether or not she will continue to make sporadic appearances a la Larry King.

Rumors about Walter’s retirement have been circulating since TMZ reported a remark made to President Obama about “retiring next year,” in December 2011. Her recent hospitalization with chicken pox after a fall early this year did their share to fan the rumor flames.

Walter, 83, was born in 1929 to Dana and Louis Walters, descendants of Jewish refugees from Tsarist Russia.

ABC will broadcast a series of specials and tributes to Walters in the weeks before her exit, the source added.

Walters, the creator and host of ABC’s all-women talk show “The View,” had open heart surgery in 2010.

She fainted, hit her head and suffered a concussion in January, and was then diagnosed with chicken pox, causing her to miss more than a month of work.

Walters is best known as one of the top interviewers on U.S. television, counting an array of world leaders as subjects, including Cuba’s Fidel Castro, Britain’s Margaret Thatcher, Saddam Hussein of Iraq and every U.S. president since Richard Nixon.

She got her start in television journalism in 1961 as a writer on NBC’s “Today,” a show she would later become the first woman to co-host.

In 1976, she became the first woman to co-anchor a television evening news broadcast on any U.S. network for “ABC Evening News.” Walters has also worked as a producer and host of the ABC news magazine “20/20” and as a correspondent for ABC News.

ABC is a unit of Walt Disney Co.