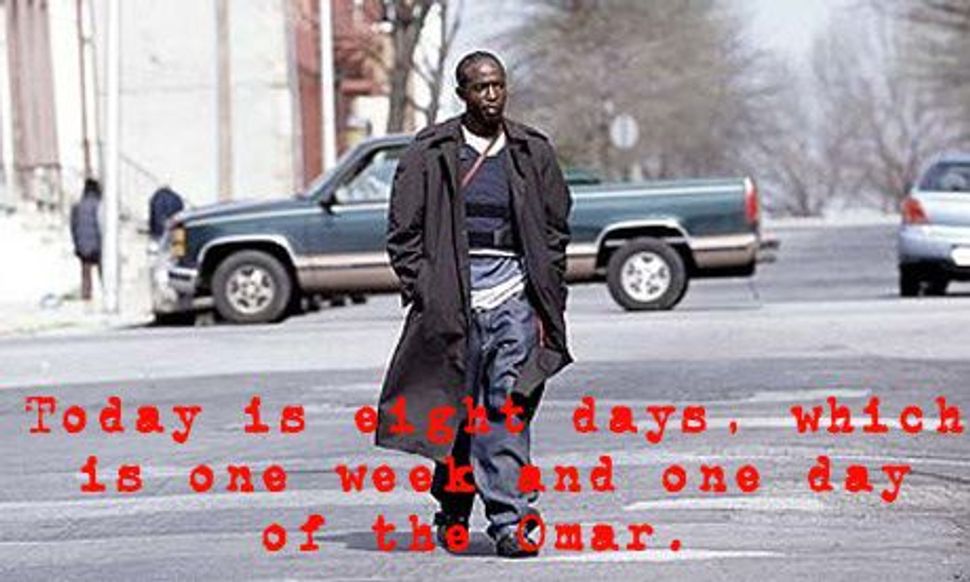 A Tumblr blog has devised an original take on the traditional counting of the 49 days between Passover and Shavuot — Omar style.

“Counting The Omar 2013” counts out every day of the Omer period with a meaningful saying by Omar Little from “The Wire,” the drug-dealer-robbing thief played by Michael K. Williams.

The counting of the Omer begins on the second day of Passover, when a sacrifice containing an omer-measure of barley was traditionally offered in the Temple of Jerusalem. Jews would count down every day until an offering of wheat was brought to the Temple on Shavuot.

Are you counting the Omer this year?