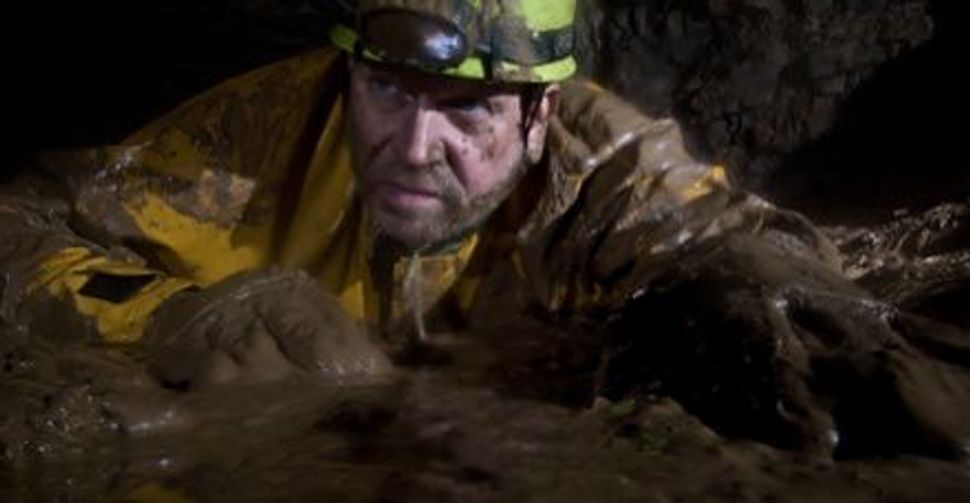 Image by Courtesy of Magnolia pictures

“No Place on Earth” is an amazing story of survival, a testament to the human spirit and, on Yom Hashoah, another reminder that we must never forget. 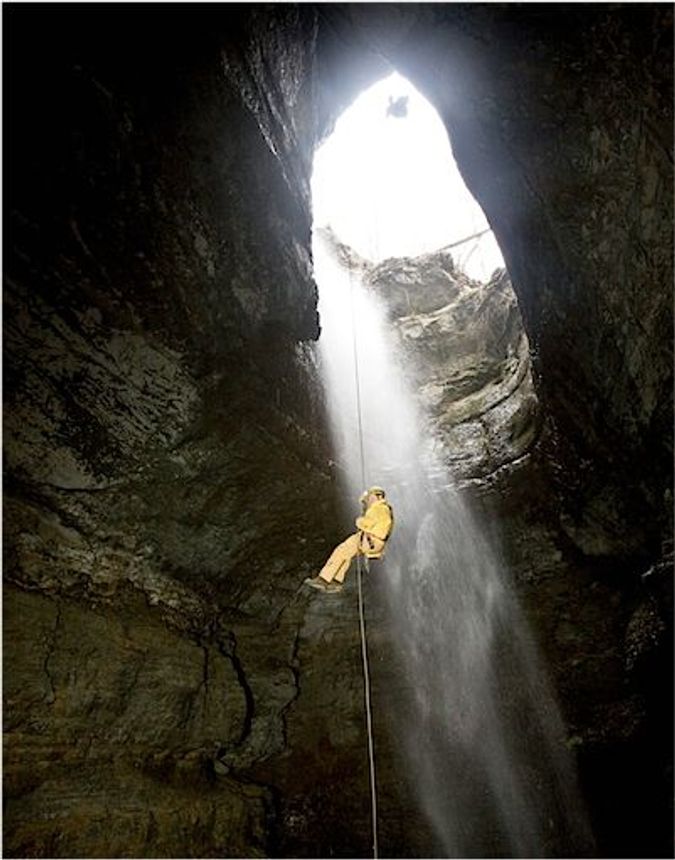 In 1993, spelunker Christopher Nicola discovered some man-made artifacts while exploring caves in western Ukraine. Only these weren’t the remains of some ancient civilization, but remnants from five Jewish families who hid underground for 18 months during World War II.

The experiences of those families equal the drama of the most harrowing adventure movies. After they were discovered in their first cave some were killed while others bribed their way to freedom and moved to a second cave. Brave souls from the group had to leave the safety of underground to scrounge for food. A few former neighbors were helpful; others sealed a cave entrance when they discovered it — with 38 people inside.

Conditions were horrible. The caves were dark and bone-chillingly cold, even in summer. Supplies frequently ran low. Food disappeared, and fights broke out. But through it all, thanks to some internal time clock, the group kept the Jewish holidays.

Filmmaker Janet Tobias’s initial reaction when she heard the tale was negative — that the Holocaust survival genre was already sufficiently mined. But the uniqueness of what these families experienced gave her pause.

Tobais was heartened after visiting the two caves and again when she discovered that several of the survivors were not only alive and well in Montreal, but youthful in mind and memory.

But how do you translate this story into cinema? There is no archival footage or photos. And how do you film in a dark cave?

Tobias to combine interviews with historical re-creations. Unfortunately, it doesn’t work as well as it might have. Quarters were so cramped in the original caves that Tobias had to seek alternatives, finally settling on caves in Hungry. But even in this expanded setting, lighting was less than satisfactory and much of the film is difficult to watch and follow.

Complicating matters further is that Tobias doesn’t properly introduce the family tree. It’s never clear which actors are portraying which survivors, adding to the confusion.

When the survivors are interviewed, they are lit in a strange way, a lamp on the side aimed at their face with a stark black background. That might be an effort to suggest the caves, but it didn’t work for me. It made them seem like criminals being interrogated in a bad film noir.

Spelunker Nicola says, “I went to the Ukraine looking for my family’s story and I found someone else’s.” For that we are grateful, and to Tobias for her efforts to bring it to a wider audience, even it the results are not perfect.

Watch the trailer for ‘No Place on Earth’: