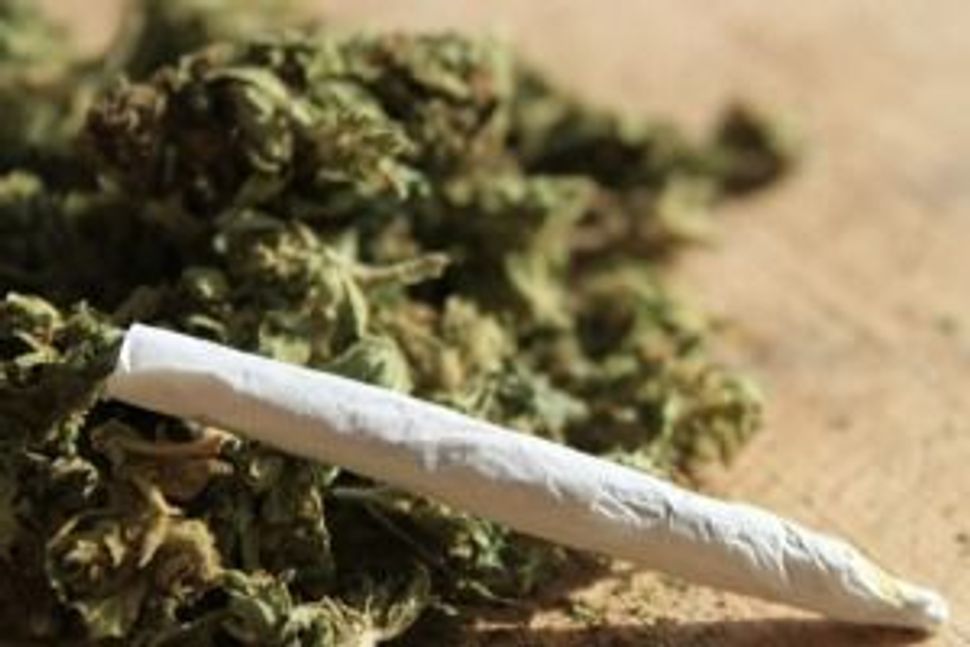 For the first time ever, more Americans are in favor of the legalization of marijuana than not, according to a new study by the Pew Research Center.

You know that trip you’ve been planning to Colorado for, ahem, recreational purposes? Well, you’ve got one main man to thank for it.

Activist Mason Tvert is no new convert to the cause. Tvert’s marijuana consciousness emerged while in college, when he was, as he sees it, mysteriously subpoenaed in an investigation on marijuana use, as someone suspected of using the drug.

After studying political science and journalism at the University of Richmond, he moved to Colorado, where he cofounded SAFER (Safer Alternative For Enjoyable Recreation), an organization that seeks to educate the public about the benefits of marijuana over alcohol, in 2005. Before becoming the communications director for the Marijuana Policy Project, the largest organization in the country working exclusively to end marijuana prohibition, Tvert co-directed the successful Colorado campaign to legalize marijuana-use by adults.

The Forward called up this nice Jewish boy from Scottsdale, Arizona, to ask him what he thinks about the new poll, pot, and those who still oppose it.

Anne Cohen: So, why are you in favor of the legalization of marijuana?

Mason Tvert: Marijuana prohibition has been an abysmal failure, just as alcohol prohibition was a failed policy, and it’s time for a more sensible approach to marijuana policy. Every objective study on marijuana has concluded that it is far less harmful than alcohol. It’s just irrational to punish adults who are making a choice to use the less harmful substance.

How did you become an advocate?

I was looking to find a first job after college and was interested in getting involved in advocacy work in something that I cared about. My interest in it developed from my personal experience, in which I was targeted and harassed by law enforcement while I was in college based solely on the suspicion that I used marijuana. I wasn’t suspected of selling marijuana or growing marijuana, just using marijuana.

I just thought it was crazy. When I was in high school, less than a year before this, I had an incident where I drank enough in one night to land in the hospital with alcohol poisoning. The next morning there weren’t police officers demanding to know where I had gotten enough alcohol to almost kill me.

Do you currently use it?

Marijuana is now legal for adults in Colorado. So if I see a joint being passed around at a party and I feel like it, then sure. Quite frankly, I don’t really get the urge these days and that’s the case with most people. Most people tailor off their use when they get into their 30s. If you’re busy, and you’re focused on your job, you don’t feel the need to do it. That’s not to say it’s not problematic for some people. Far more people have tried it then use it currently. In Colorado, it’s starting to be considered on par with having a drink.

Why do you think the polls are shifting in favor of legalization?

I think the overarching thing is that people are realizing that marijuana is not as harmful as they have been led to believe. Once they have established that, other arguments start to make sense, like we could be generating tax revenue, or creating jobs. If people think marijuana is a horrible deadly drug, then they probably don’t care that we can generate more tax revenue.

Another [reason] is the increasing border violence that we’re seeing with Mexico. People recognize that our current laws are propping up these violent drug cartels by keeping marijuana sales in the underground market — and you have the law enforcement resources argument as well.

For you, what’s the difference between the total legalization of pot and legal medical marijuana?

I think that prohibiting seriously ill people from using medical marijuana when it might ease their suffering is perhaps the most egregious elements of marijuana prohibition, and that’s why we see such widespread support. People recognize that marijuana does have therapeutic benefits for a number of conditions…Allowing medical marijuana is critical but prohibition has failed more broadly and we need to treat it differently.

What would you say to people who claim that legalizing pot would cause more problems for the country?

We know that the CDC doesn’t report any marijuana-related deaths. [But,] they report nearly 40,000 caused purely by alcohol use. One of the most glaringly obvious [things] for most people is that alcohol contributes to violent crime and reckless behavior and marijuana does not.

Opponents will say ‘Well alcohol and marijuana are bad so why would we add another vice?’ This is not adding another vice, it’s providing an alternative. They’re not comparable. (…) The prohibition of marijuana is causing more problems than the product itself.

Has your Judaism played any part in your activism?

No. Eh, I mean, I’m very proud of the fact that Jewish people are among, if not the demographic with the most support for reforming marijuana laws. But other than that…