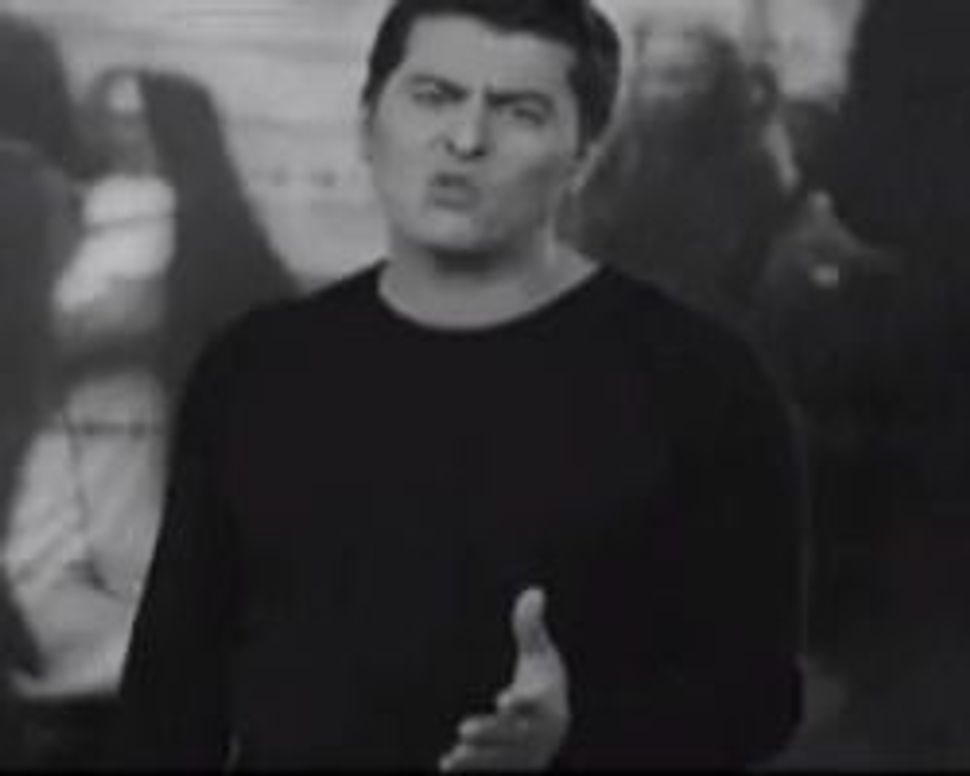 Francky Perez, a Morrocan-born Jewish singer known in France for his hip-hop version of “Hatikvah,” Israel’s national anthem, has struck again. On Friday, Perez released the English version of his French single, “N’oubliez Jamais” (Never Forget), a rap song about — you guessed it — the Holocaust.

In an interview with The Jewish Journal, Perez explained that he got the idea for the video while visiting Yad Vashem last year. While wandering the museum, he spotted a picture of a child in a concentration camp.

“I looked at the kid and he looked exactly like my second son,” he said. “I had a shock. I needed to do something that expressed what I was feeling, and I’m someone who uses rap music for therapy.”

Perez hopes the song and video, which took him six months to write and make, will help educate both Jews and non-Jews about the horrors of the Holocaust.

Does it? See for yourself.