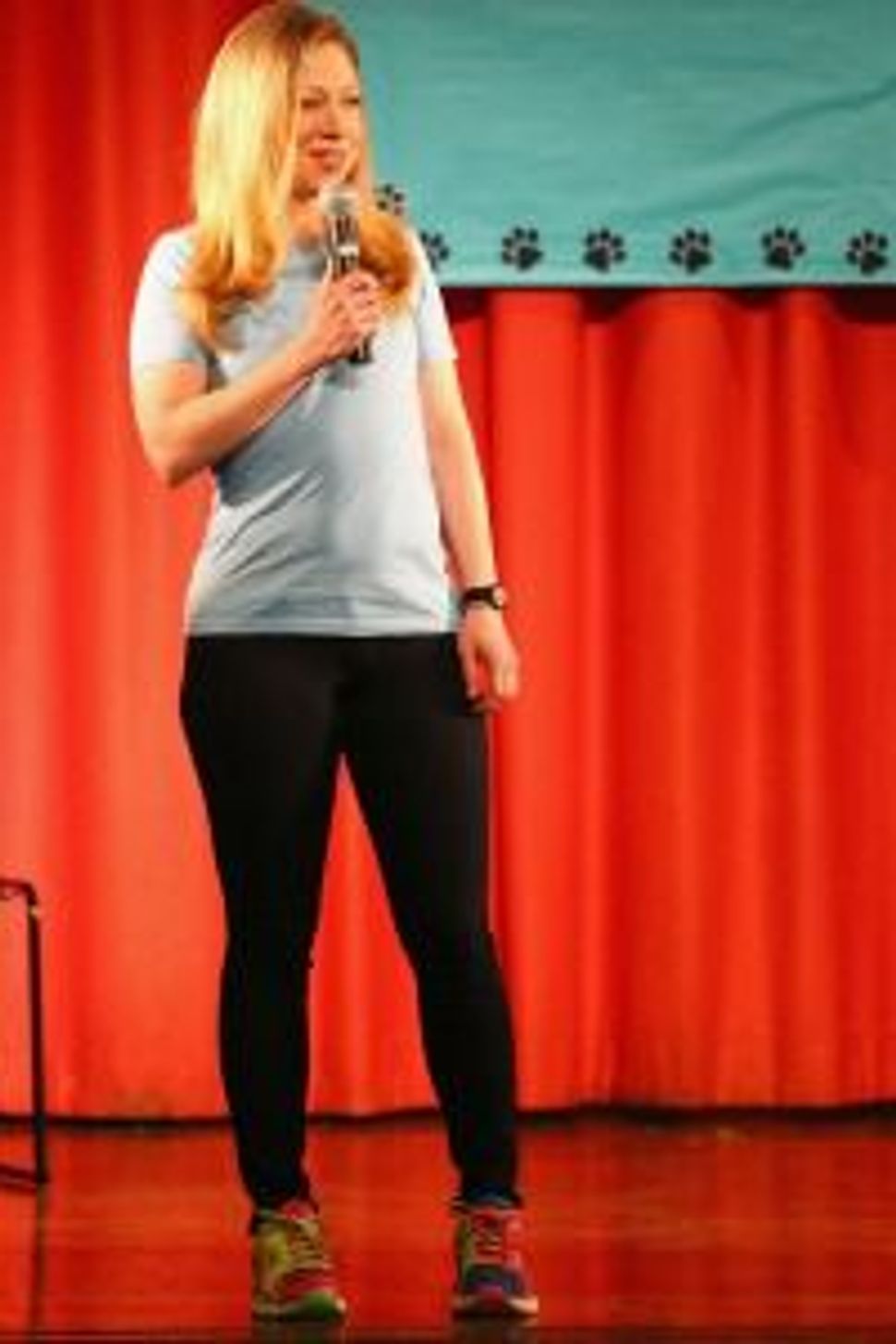 In an intriguing interview on Monday’s “Today Show,” Chelsea Clinton said that she would be open to running for office someday.

“Right now I’m grateful to live in a city, in a state and a country where I strongly support my mayor, my governor, my president, my senators and my representative,” she said, adding that “If at some point that weren’t true and I thought I could make a meaningful and measurably greater impact, I’d have to ask and answer that question.”

As for whether or not her mother, former Secretary of State Hillary Clinton, will be running for president in 2016, anything is possible.

After years of shrinking from the spotlight, Chelsea Clinton has stepped up her game. She recently took a leading role at CGIU, the Clinton Global Initiative’s meeting for college students, where she appeared with daddy Bill and moderated panels and discussions, and appeared on the cover of Parade on Sunday.

Surprisingly, Chelsea doesn’t attribute her interest in public service to her parents, but rather to her grandmother, Hillary’s mother, who died in 2011. “She probably didn’t think of it as urging,” Chelsea told “Today,” “she definitely thought of it as, you know, grandmotherly nagging, and she exercised that prerogative often.”