The Nihilism of ‘VICE’ 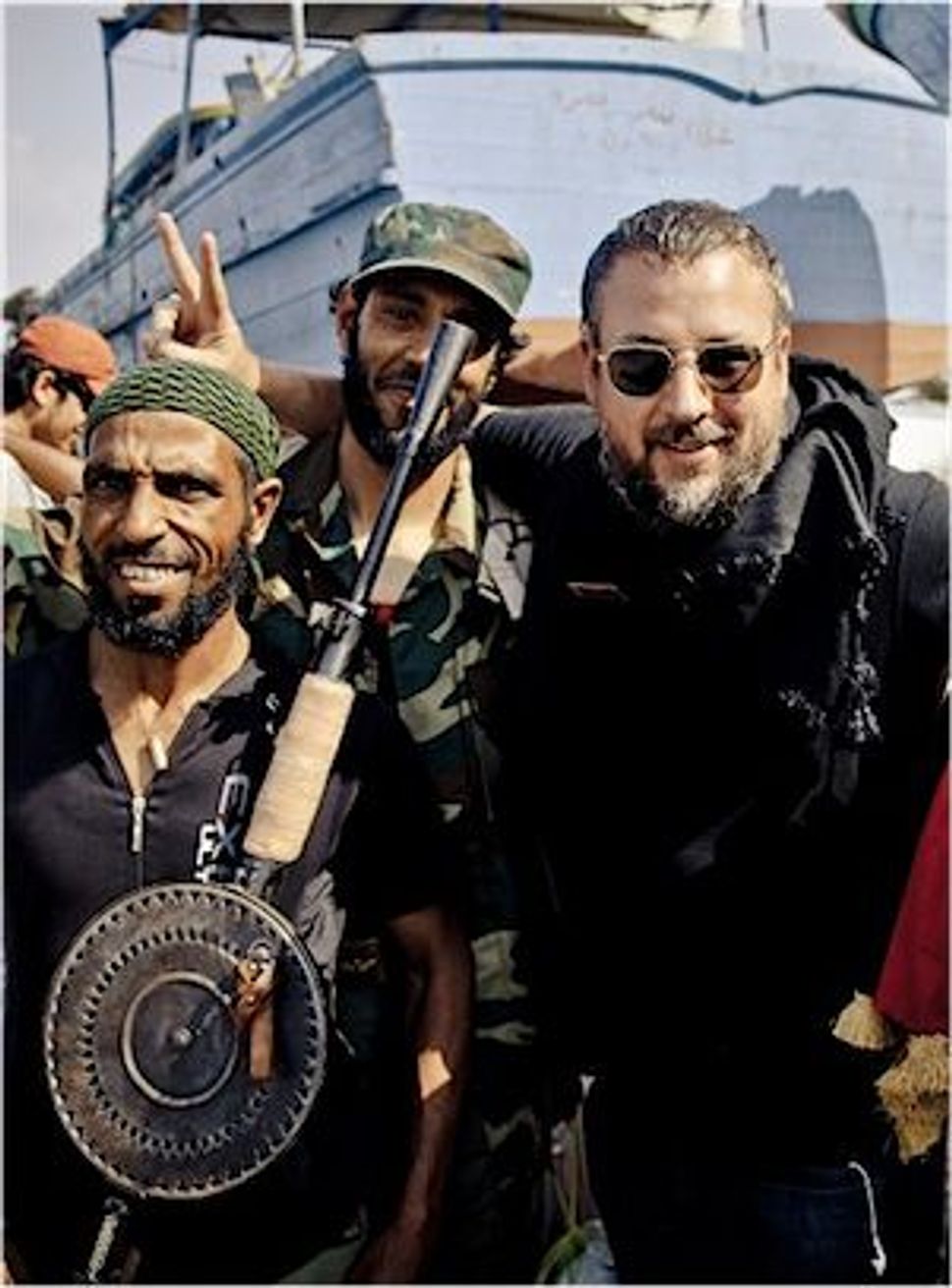 The thing about “VICE” — the new HBO show by the magazine-cum-media empire of the same name — is that it’s strangely un-VICE-like. The first episode, which aired April 5, features reports on political violence in the Philippines and suicide bombing in Afghanistan. It’s shallow in a “dude this sh*t is crazy” kind of way, but it’s also very earnest. In the introductory voiceover we hear that “the world is changing… But we’ll be there uncovering the news, culture and politics.” In the words of CEO and on-screen personality Shane Smith to NPR, “We’re going to turn our cameras on something that we think is important… Because we’re part of the Fourth Estate and that’s our job.” Well, ok, but isn’t this supposed to be VICE? What about the hookers and blow? 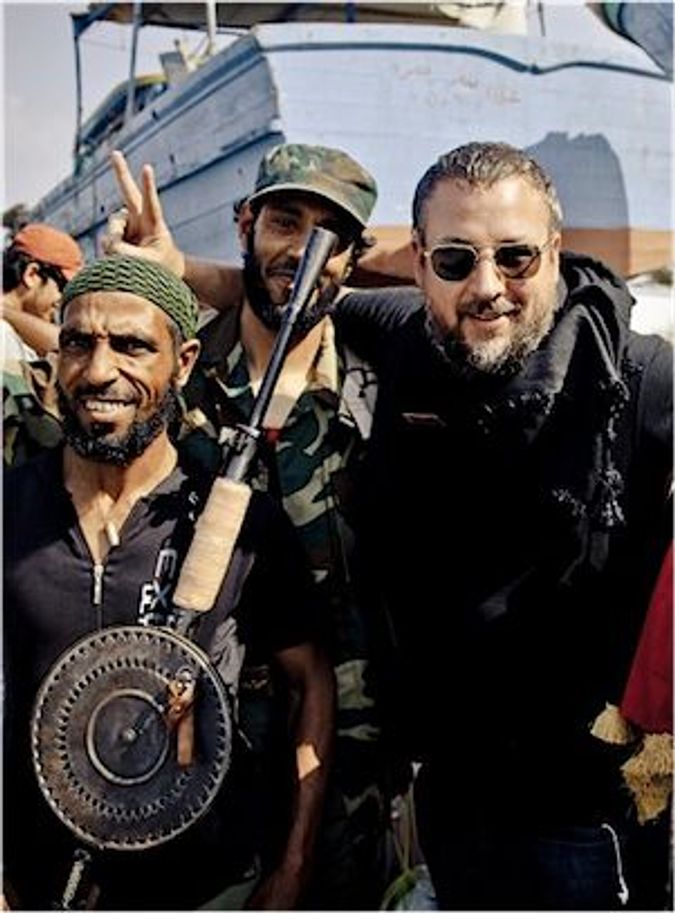 I assume we’ll get some of that as the season continues. But it seems like VICE — which brought us productions like “The VICE Guide to Shagging Muslims” and “I Gave a Handy at Jew Camp” — is trying to signal a newfound moral seriousness. The show overflows with sympathy for people whose families have been killed in political assassinations and terrorist attacks, and it condemns leaders who use children as soldiers and suicide bombers. So far VICE’s ethics seem to be that war is bad, violence is bad, and the use of children as suicide bombers is especially bad. Agreed, obviously, but a habit of wanton offensiveness doesn’t easily accommodate the gravitas of warzone reporting. VICE wants to have it both ways, and it doesn’t work.

In a recent piece by Lizzie Widdicombe in The New Yorker, VICE founder Gavin McInnes (who is no longer with the company) described the magazine’s formula like this: “My big thing was I want you to do stupid in a smart way and smart in a stupid way. So if you’re going to Palestine, try to find a good burger joint…. Conversely, if you’re gonna do a thing on farts or poo… Be super-scientific and get all the data.” A 2010 article in The New York Times attributed the same philosophy to another VICE founder, Suroosh Alvi, and I once heard it from a friend who did a stint as a VICE intern. It’s a brilliant, cynical recipe for creating a compelling and consistent voice at the expense of any subject. And pursuing it undermines any moral pretense VICE might have.

The discrepancy between serious-VICE and who-gives-a-sh*t-VICE became especially obvious in February, when a team of VICE staffers accompanied Dennis Rodman to North Korea. (The trip will be featured in an upcoming episode of the show.) Asked about the experience, VICE correspondent Ryan Duffy told the AP that “Dinner was an epic feast. Felt like about 10 courses in total. I’d say the winners were the smoked turkey and sushi, though we had the Pyongyang cold noodles earlier in the trip and that’s been the runaway favorite so far.” You could call this a classic case of doing smart stupid. And you can take a look at the Gawker post, contrasting such statements with photos of starving North Korean children, to appreciate just how deep VICE’s humanitarian values go. The rest of us might be hypocrites for feeling bad and doing nothing, but what does it mean to flaunt your hypocrisy, or worse, to indulge with no hypocrisy at all?

Defenses of VICE have so far amounted to claims that the ends justify the means. Widdicombe quotes Fareed Zakaria, who is a producer of the show, saying that “What Vice is trying to do is to get a new audience interested in the world.” Politico’s Dylan Byers, critiquing The New York Times’s negative review, similarly writes that “If, after finally coming to terms with what’s going in the Philippines, a young viewer wants to learn more about the history of American colonization there, he can Google it. And credit to Vice for making him care.” Without going into the assumption that young people, de facto, do not care, there’s an inherent admission here that “VICE” isn’t actually any good, but that it might do some good nonetheless. It’s like saying that viewers might be inspired to learn about prehistory from watching “Ancient Aliens” — hardly a ringing endorsement.

For a long time I was bothered by VICE, without really knowing why. Now I think I figured it out. VICE is essentially nihilistic, with the annoying habit of trying to make a moral virtue of its nihilism. Read any issue of the magazine and the message is the same: We’re better because we care less. It’s hard to contend with that line of reasoning, if only because they could care less. Only now they’re trying to convince us that caring less actually means caring more. At the start of the show, we hear that VICE will be “exposing the absurdity of the modern condition.” As I see it, the fact that this claim is being made by a media organization that has no coherent values is itself a good example of the “absurdity of the modern condition.” But who knows, something good may come of it. Even now there might be a horde of 12-year-olds, frantically Googling the Philippines.

Watch a trailer for ‘VICE Season 1’:

The Nihilism of ‘VICE’