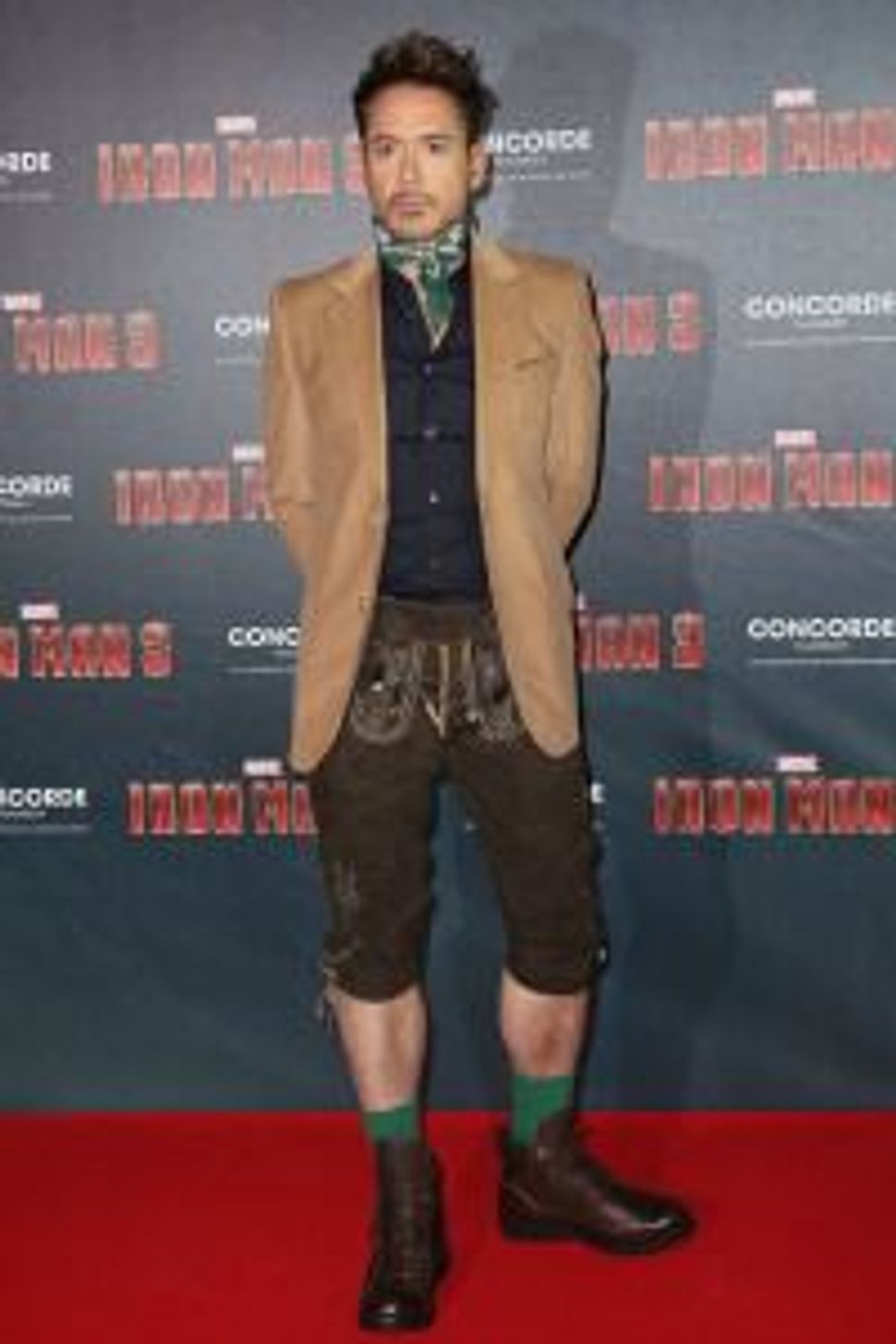 No one could accuse Robert Downey Jr. of being boring. The actor really, really tries to embrace local customs wherever he goes. While in South Korea promoting the third installment of the Iron Man franchise in early April, he stunned locals by busting out some Gangnam-style dance moves.

Most recently, still on the Iron Man World Tour, the actor decided “When in Rome…” — or Germany, in this case — and casually threw on some lederhosen for the red carpet.

The London premiere of the film — perhaps a bearskin hat, this time? — was set for Wednesday, April 17, but Deadline reported that it will be pushed to Thursday, so as not to get in the way of Margaret Thatcher’s funeral.

What do you think of Robert’s new look?