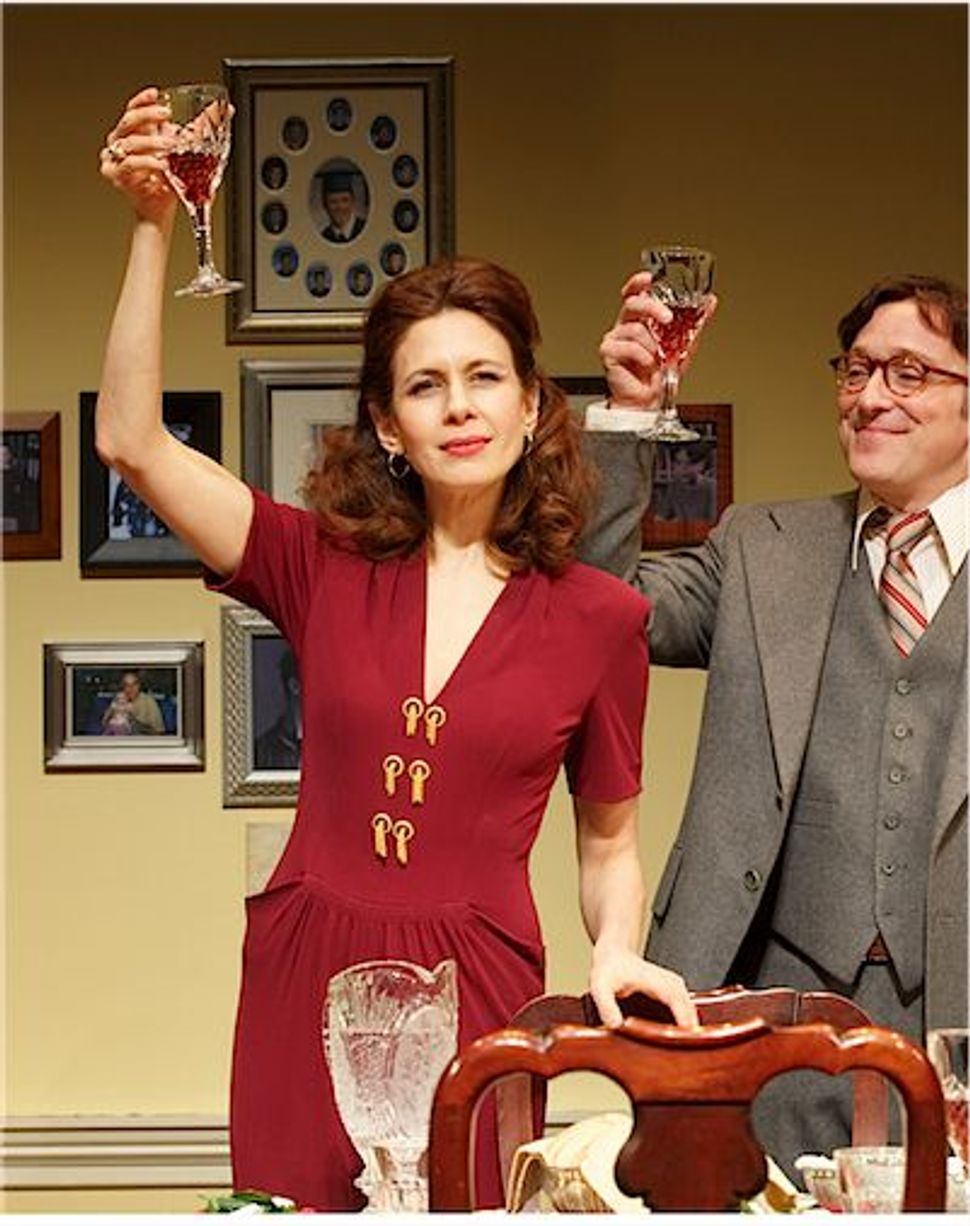 Jessica Hecht is best known for two television roles: the lesbian lover of David Schwimmer’s ex-wife in the long-running comedy “Friends,” and the married friend of the title character in the short running comedy “The Single Guy.” 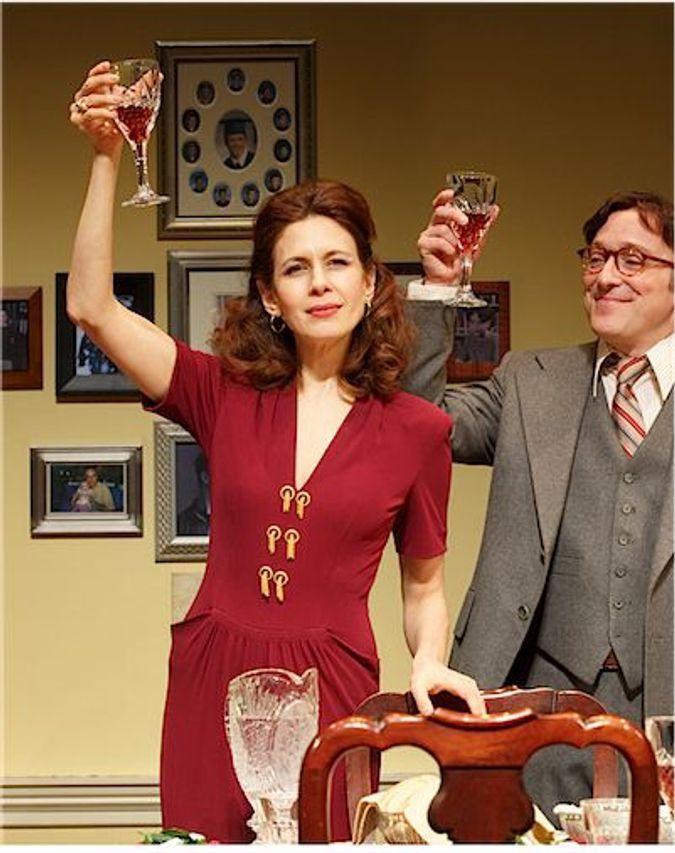 Hecht spent many of the years since playing those roles in theater, both on and off Broadway. Notably, she earned a Tony nomination for her role as Beatrice in the 2010 revival of Arthur Miller’s “A View From the Bridge.”

The Tonys may come a-courting again for her performance as Julie in Richard Greenberg’s “The Assembled Parties,” opening April 17 at the Samuel J. Friedman Theatre in Manhattan. Julie is the matriarchal anchor of the Bascovs, a Jewish family that lives in a 14-room Central Park West apartment.

The action takes place on Christmas Day, 1980, and two decades later. It is Greenberg at his best — thoughtful, funny, emotional and above all intelligent. The play is about love and loss and family and, at a recent preview, the audience was sufficiently moved to give the cast a standing ovation.

Several days later Hecht spoke to The Arty Semite about wanting a bat mitzvah in a secular household, how a Yiddish Shakespearean actor convinced her to walk the boards and what it was like working as a nanny for George Wendt.

Curt Schleier: What was your reaction when you first saw “The Assembled Parties” script?

Jessica Hecht: I was really very moved by it. I can’t really express it beyond feeling the pathos of the characters. It’s that thing that gets you when you recognize how delicate life is, and I think he captured that in a most magnificent way.

What do you think the major theme is?

I think his point is that there is a way in which someone can live their life that avoids self-pity and uselessness and this is embodied in [Julie]. Although she has moments when things are out of control — when her son dies she feels grief stricken. But her whole organic being, I think, is colored with a real sense of hope and humanity.

I’ve always sensed that positivity in the roles you play.

I am beholden to being positive as much as possible because I feel life is pretty hard, so I have to put on a smile as much as possible. I have teenagers, so I have dark moments, but I try to be fairly positive. I definitely fight against the sadness we all have. I’ve just come to a point where the things that I have to go through as an actor pale in comparison to the bigger struggles in life. Compared to 99% of the population, I’m pretty lucky.

You grew up in Connecticut, right?

I lived with a lot of Jews from the Bronx in Connecticut. I grew up in this pretty secular household, but I was very into religion in this truly chemical way. My father was from a socialist family and was deeply secular. My mother was from a family that respected all the holidays but didn’t go to synagogue. But my family was very culturally Jewish, and I was interested in getting bat mitzvahed. So I found this very conservative synagogue with a rabbi who wasn’t even officially ordained. He’d been ordained in Auschwitz.

Did you celebrate Christmas growing up, like the Bascovs?

No, not at all. I’ve done two plays, maybe three, in which Jews celebrate Christmas. Isn’t that funny? I think it’s a cultural thing. A lot of Jews may be conflicted about their holidays, they get a lot of pressure from their kids and try to adopt something else. My husband [Adam Bernstein] is half Italian, half Jewish, so we have a tree now, which still shocks my mother.

Did you always want to act?

No. I liked dancing around the living room. I loved modern dance. But in college, I found Shakespearean actor Morris Carnovsky from the Group Theatre. He was so inspiring. He said you should get out of here. He said you should go study with Stellar Adler. So I auditioned and got in.

That wasn’t your only brush with celebrity before you became one. When you moved to Los Angeles, you got a job as a nanny for George Wendt.

He’s still my dear friend. They have five kids and in a way it was an education for me in raising kids and integrating them into your lives. This was during the heyday of “Cheers” and we were hanging around with the cast. Everyone had their kids there and was very supportive.

I read an interview that was published 16 years ago that indicated you were less interested in becoming a star than in working regularly. Is that still true?

It still is. Being a star struck me as always having limitations. You are always identified with what you did in that one show [that made you a star]. I don’t mean to degrade that. It has its perks. But I don’t want to be known always for that one thing that made me a star. I’m in a very fortunate place in the theater community that comes from doing a lot of work. And work begets work.

When that happens, the production spends a fair amount of energy making sure the star’s performance is at a certain level instead of concentrating on the production as a whole. That is not always the most creative approach and can be artistically frustrating. That’s not always true. Scarlett Johansson [her co-star in “A View”], it’s hard to say a bad thing about her. She was super friendly, very warm. But I guess what I’m expressing is how lucky I am to do parts that could have gone to big stars thanks to producers and directors who have been generous enough to offer them to me.